Exciting and cinematic combat elements, lots of varied classes to choose from

Some lag and performance issues, lack of 3D models for quest NPCs

Recently we checked out the fantasy meets steam-punk esq free to play MMORPG Vindictus from Nexon, a blend of fantasy, magic and machine where players get to choose from a decent cast of heroes and take on the role of the key hero protagonist in their very own saga. For our run through we spent a couple of hours playing to try and get a firmer idea of what we were facing and test out some of the different mechanics and aspects of the game.

I ( in the case of the individual author of this here article) hadn’t played Vindictus before and only really knew that it had action combat and, as a Korean made MMO, has some classically Asian RPG elements to it, and so I approached the game with some wariness on what to expect. Starting out we had the character selection, it’s an odd setup that they have as there are nine named characters that you can play as in the game, each having their own skills and abilities and, essentially, are their own individual class. They are most definitely characters with a story background and identity, but not that far into the game you still get to rename them and customize the appearance (albeit the characters/classes are still gender locked); owing to it being more like an MMORPG but begs the question why try to give them character identities in the first place? 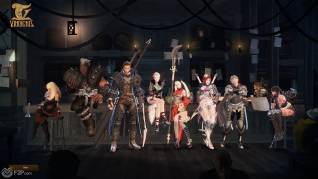 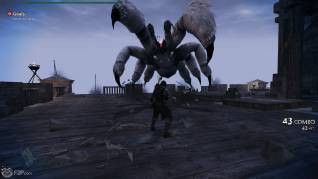 We decided to try out Kai the male Archer, using ranged attacks and a pretty punishing melee kick when up close he had some decent DPS but for the most part we were able to keep away from enemies and drop them before they even got close. The customization we got to play with was a little on the limited side; whilst there’s lots of hairstyles and colours the actual sliders for face and body are limited and whilst a lot of the hairstyles can be examined we were only able to purchase them in game and not use them at character creation. However, before the character creation we actually had to go through the tutorial/starting question… normally they’re boring or a little simple; this was the best opening to an MMORPG we’ve ever played.

The scene opens up with a town garrison assembling, readying ballista the cinematic camera pans to a huge white tarantula climbing an old belltower, we mean this thing could put Shelob to shame and definitely made us feel Hobbit-esq in stature. Without giving away too much of the story we were tasked with escorting an NPC to the top of the tower to deal with the spider; with fully voiced and animated NPCs and some epic camera angles we were pretty pumped to get going and in all honesty it had that “The Witcher” cinematic combat style about it. Inside we were set upon by gnolls and the simple and unassuming controls let us smash through the enemy and the scenery in style, blowing up barrels and walls that the ranged attackers would try to take cover behind; it all felt very larger than life. Working our way up through the levels we finally came face to face with the monstrosity, and whilst the combat wasn’t difficult, never felt particularly dangerous or challenging, it still felt extremely cool. The battle went into different stages, half way in the ballista started firing and huge arrows rained down on the creature smashing into the floor around us, then the spider started climbing the rest of the tower and changing our camera angle as we tried to shoot it down, it was awesome and just felt like the developers had put in so much effort. 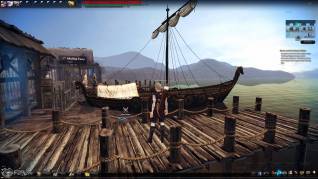 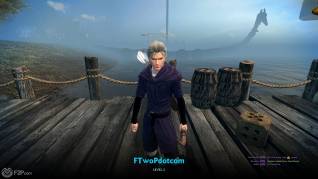 Unfortunately things do go to a sudden screeching halt as you get into the game, the voiced animations and NPCs disappear and it quickly turns into very much so a traditional RPG; quest areas with multiple NPCs consisted of instanced locations of inside the room you had entered, void of characters, but instead having them appear as pictures and talking in text… quite a lot; there is a serious amount of reading in the game, which got a bit tiresome. So with reading through quests and story (which in fairness isn’t bad and is quite interesting) ultimately comes a quest, sending us off out of the town our initial quests were reached via a job board at the port where we would choose the zone instance our quest was found in and then could essentially assemble a party if other players were available as well as choosing the difficulty; for our test we did everything solo and obviously as early content it wasn’t too difficult.

The combat is extremely fun, very mobile, very cinematic owing to the camera angles and huge settings that you find yourself in, even though for the duration of our test we didn’t get out of the initial Perilous Ruins chain of maps, from our early impressions the level design is extremely well done throwing in unexpected ambushes, traps and even puzzles in the form of making your way past a huge spiked roller. Taking on multiple opponents at a time was exciting, though the early mobs died quickly, it had a Dynasty Warrior style beat ‘em up combat element allowing us to destroy areas of the environment and pick up most objects to use as melee weapons or hurl them as projectiles.

Even though the graphics aren’t the best in the business the level of detail and what the developers have worked with is definitely impressive, albeit there were glitches from time to time and the sound would sometimes stutter with performance troubles occasionally, none of it was enough to put us off.

The biggest disappointment was that we were unable to check out the PVP, heading into the menu it informed us that the Deathmatch was only for level 40 and above, but it let us queue for the Arena, took time loading up, then only to find that we needed to be level 40 to fight there as well, but could spectate any battles at our level (though none were happening). The combat and instanced grouping element is definitely the strongest, but the moments between definitely feel a lot weaker and seem to be the area that the developers though they could save the most money possibly, favouring the RPG NPC portraits instead of 3D models (not that the world or towns are void of them, just the quest locations it would seem). Albeit, if you’re going to trim back any element of the game to push more time and effort into another then at least they have done it the right way round, cutting back the quest gathering portions (yet retaining the story nonetheless) and focusing on the combat elements. Overall the game seems to be worth a go, definitely fun to play and we imagine that as you level up and take on some bigger threats then the game will really start to pick up. 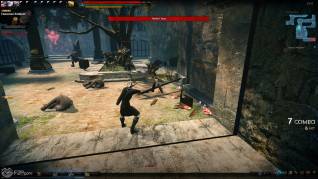 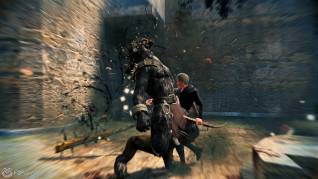 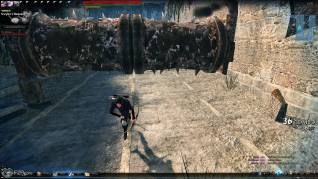 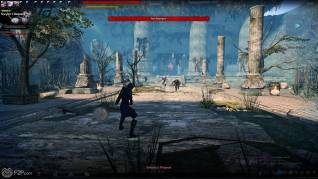