We had the chance to try Marvel Heroes, the new Hack&Slash from Gazillion Entertainment and David Brevik, father of the original Diablo I and II. The game is strongly awaited by a wide playerbase composed of Marvel and Diablo fans, but will it live up with their expectation? 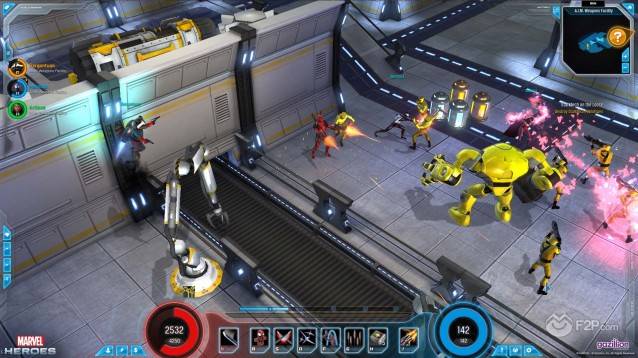 Marvel Heroes is a typical Diablo-style action RPG where rather than the usual warrior or wizard, players will have the chance to play as their favorite heroes from the Marvel universe.

Upon entering the game you have to choose your first hero from a limited pool of characters: Daredevil, Storm, Thing, Scarlet Witch and Hawkeye. Maybe this is not a wide selection and some more starting heroes would have been nice, but don't worry, you can always buy new characters and costumes later on. Obviously, being a hero-based system, there will not be any character customization screen, and even later on, the only customization option that you will have at your disposal is limited to changing your character's costume.

A really nice surprise was the animated stop-motion comics that narrate the game's events and will welcome you each time you reach an important point in the storyline. They are extremely well-made and realized with the typical Marvel style. You will totally feel like following a Marvel comic.

The first part of the game works as a tutorial and will help you to get used to the game's interface and control system. The controls are extremely intuitive and smooth, and if you have ever played games like the Diablo series, Torchlight, Path of Exile or any other classic Hack&Slash, you will feel at home. Even for the newcomers to the genre, it will take just a couple of minutes to get used to the simple gameplay; the left click of the mouse is used to move/interact/attack, the right click trigger a selected skill, and you can put skills or item on your number keys. Easy to learn and effective.

Even by just playing the tutorial, we've been surprised by the game's graphics and level design. The 3D models and the textures of both characters and environments are extremely polished, and the virtual heroes are accurate reproductions of their drawn counterparts. It won't be hard at all to recognize your favorite Marvel heroes. The characters' animations are also amazing and every hero has his/her very own way of moving and attacking, and it's exactly like in the comics. It's a pleasure to watch your hero hitting waves of enemy with his basic combos and flashy skills, or using the environment elements like barrels and more to bring some tasty destruction in the enemy lines. Also, every hero will have its signature moves that you have learned to love in the comics.

Music and sound effects are enjoyable and offer some touches of class like some typical catchphrases or jokes that your hero will randomly say while playing and that - if you know the character - will make you smile. 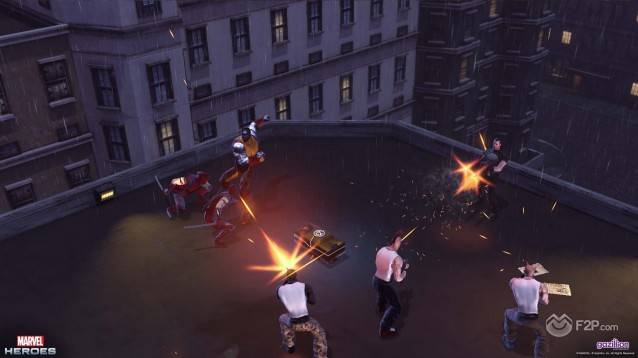 After the tutorial you will be sent to the Avengers Tower, which is the main social hub and will work as your base when you are not in mission. Here you can pick-up quests, visit the shops, use the bank and the crafting stations. By clicking on the game shop icon you can open a tab where is possible to buy new heroes and costumes. Despite being in closed beta, the heroes and costumes selection is already quite good and won't be hard to find your favorite heroes. From the Avengers Tower you can use a teleport device to reach the waypoints unlocked by progressing in the game and go on with the missions and the storyline or simply explore the available locations, looking for loot and XP. We won't make any spoiler about the story, but your usual mission will involve the exploration of a zone filled with normal and "elite" enemies, the completion of different kind of tasks and the fight against bosses which are popular supervillains such as the Green Goblin, Shocker and Dr. Octopus . The boss battles are actually very challenging and fun and you have to study the bosses movements and attack patterns in order to figure out the best way to attack them. Long story short, charging the boss and attacking without thinking will result in almost certain defeat. Awesome. 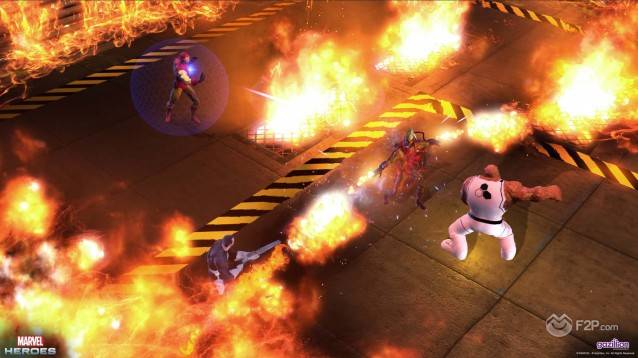 Killing enemies and completing missions will grant you XP, gear and currency. By leveling-up, you earn skills points which can be spent to gain new basic attacks and active/passive skills or upgrade the already owned ones. Each hero has 3 different skill trees to spent their point into, so you can choose if specialize your character in just one of these branches or to opt for a more balanced and diversified build. Beside the different possible builds, each hero has his/her very unique gameplay style. We decided to try different heroes like Spiderman, the Punisher, Deadpool, Iron Man, Wolverine, DareDevil, Captain America and Black Panther. We have to admit that actually each hero feels different when playing him/her, and even if some of them share some little similarities, this play-styles diversity grants to the game a lot of replayability.

Like in every respectable Hack&Slash, in Marvel heroes you will be rewarded with tons of loot by defeating hordes and hordes of enemies, most of it consisting in pieces of gear with randomly generated stats. And we would like to express a personal worry about this; in the typical H&S, the loot hunt is one of the key features. H&S fans love to go around hunting monster hoping to find powerful items to upgrade their armor and weapon set. But it's also true that one of the things that make this hunting so rewarding is to see your new shiny pieces of equipment on your character. It's watching your avatar changing in both power and appearance. In games like Diablo III, you starts with a rusty sword and a worn leather hat to end up with the "Venomous broadsword of the cruel ogre slayer" and the "courageous helm of the righteous", and the point is, you can actually see your character changing from a beggar to a true hero. In Marvel Heroes changing equipment will not change your character appearance and the only thing you can do if you get bored of your character's look, is to buy a new costume. This is a positive thing in order to remain faithful to Marvel heroes' style, but will it be enough to keep the H&S fanatics playing the game? 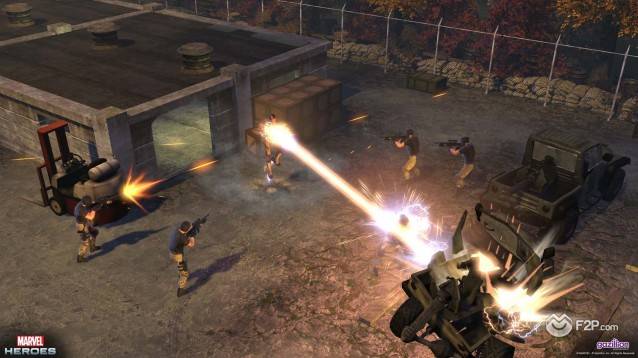 Marvel Heroes is a high quality online action RPG that could have perfectly been a buy-to-play retail title. You can think to it as a typical H&S (Diablo/Torchlight/Path of Exile) set in the Marvel universe. The game is totally fun to play, the graphics are gorgeous, and you can have fun both by following the storyline and by just messing around with different characters hunting for loot. If you are a Marvel fan or a H&S addicted you can't absolutely miss this. Everyone else looking for a high-quality free action MMO should at least give it a try.