Hawken is a free to play fast-paced MMOFPS developed by Meteor Entertainment, that lets you build, customize and play with your very own mechanic beast. We already talked about the game in our previous closed beta preview, and now that this interesting title is in open beta - with no more data wipes planned - we thought it was time to jump into the rusty action again to see if the game has changed at all and if there is any new content or improvements. 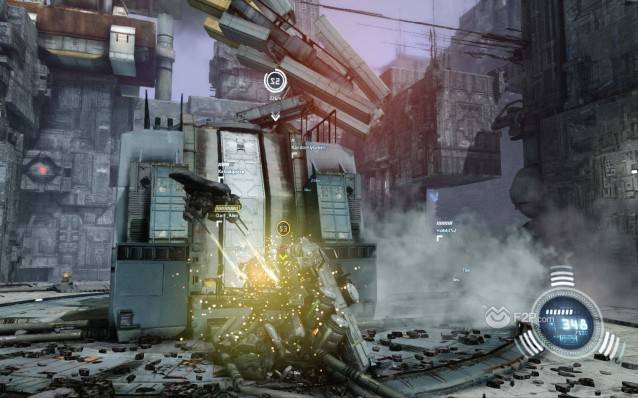 The graphics and sound are obviously pretty much the same, but they still are a blast. We almost forgot how good the environments and the action look in this game. The map graphics and their effects are not just good, they are totally awesome, mainly because of the style used that reminded us of the dusty cities from the manga Alita. We think that the artistic team deserves a jar full of cookies. 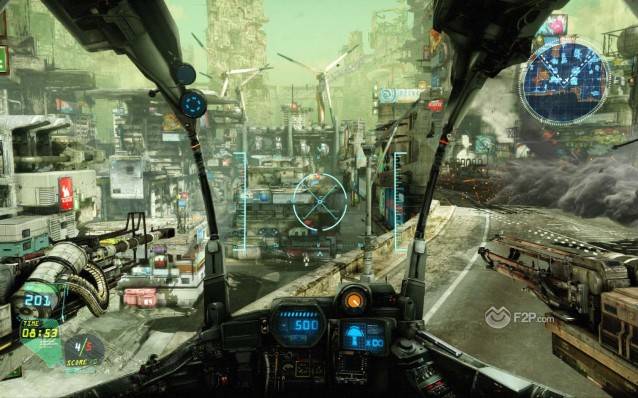 A TEST DRIVE IS ALWAYS USEFUL

OK, time to try the new stuff. We went into the mech shop and we saw 2 interesting new mechs available for a free test drive for a limited amount of days, the Infiltrator and The Bruiser. It's nice that the developers give players the chance to test some of the available mechs for a limited time so they can play with them and see if they fit their playstyle and would be a good buy, or if it's better to save that hard-earned money for something else.
The new mechs are totally different and very interesting at a first look. As always, Meteor did a great job with the mechs design, and you can guess the type and the role of the mech just looking at it. 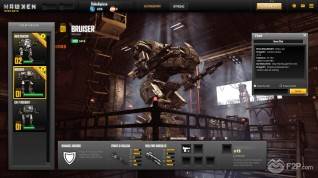 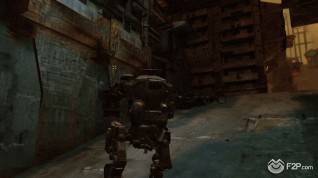 The Infiltrator is a little sneaky light mech (class-A) capable of high damage bursts and dangerous ambushes thanks to its equipment. Its primary weapon is a standard assault rifle that can be switched with a high damage heat cannon at higher levels. The secondary weapon is a grenade launcher which fires an explosive mine that can be manually detonated. The ability is an active camouflage that cloaks visibility and radar signature for a short time. We have to say that we had a very fun time playing the Infiltrator. It's a very mobile and challenging mech to use due to the possibility to manually detonate your mine from the grenade launcher in mid air and the camouflage, which is a really tricky skill. However, once you get used to them you can perform some crazy stealth assassinations and ambushes, deceiving your enemies and doing hit-and-run assaults. Keep in mind that this mech has a low armor value and will die rather quickly, so it's better to avoid direct fight against heavier enemies and be ready to run away. If you like to run fast, hit harder and ambush your targets, this is definitely a good mech for you. 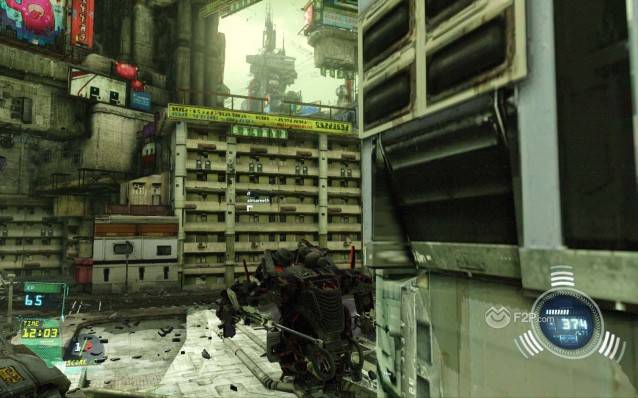 The Bruiser is a medium (class-B) mech which can be seen as a jackall-trades unit. Its weaponry and its skill make it useful at every range. Its primary weapon is a high damage, rapidly firing suppression cannon; rather strong at short distance but less reliable at long range, which can be switched with a submachine cannon later on. The secondary weapon shoots a volley of high damage missiles that can be locked on to targets. The Bruiser's ability is a damage absorbing shield which reduces the damage taken for a short time. At first glance this looked like a strong and easy mech capable of anything, but when testing it we realized that reality is a bit different. The Bruiser is actually a really hard mech to master. The thing is that while being good at any range, it doesn't excel at anything. In addition, the hellfire missiles can easily shred targets, but they are very difficult to aim and land due to the structure of the maps full of columns, buildings and cover. We died a lot trying to figure out how to use the Bruiser at its best, and we realized that it really shines when supporting an organized attack of a good team. In this case it becomes a game-changer, helping the light mechs advance, protecting the ranged teammates from close quarter attacks, pushing and much more. So if you have a group of friends to play with and want to have a mixed playstyle adapting the situation, you may want to try theBruiser, but if you prefer to have a specific role to fulfill in your team, maybe it's better to look somewhere else. 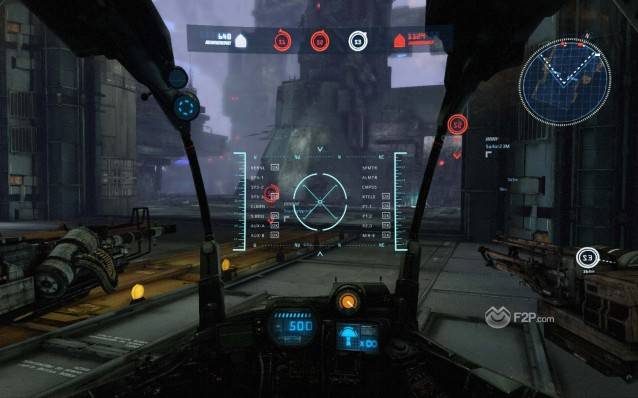 SOMETHING CHANGED, SOMETHING DIDN'T

We liked Hawken since our first preview, and we really appreciate how the dev team keeps improving its game with new content and constant updates. Confronting these play sessions with our closed beta experience, we noticed an improvement of the ping while playing, resulting in a better experience and almost no lag. In addition, the matchmaking queue time has been shortened a lot, and now you can usually jump into the action in just a few seconds. On the other hand, the number of maps available is still sadly low. There are just 4 different maps to play in, and this is a bit disappointing. We'd like to see some more variety coming in the near future.

Hawken is a great game that revolves around a perfect formula: Quick, fun and beautiful. Every fan of FPS, Mechs or action games should try it at least once. The developers keep improving their title with new interesting mechs which are always different, each one with its very own visual style and gameplay. The only thing we can say to Meteor is that we hope to see some more map variety in the future.