We thought it was about time to jump into Ghost Recon Phantoms (GRP), the new, rebranded version of Ghost Recon Online and see how the game is doing after the official launch and the change of name. The third/first person online shooter from Ubisoft has been in "beta" for almost 2 years before going live last April, so does it now feel like an old title? Or is it still worth playing despite all the other younger similar games on the market?

We will start by saying that the title is a very traditional team-based online shooter which tries to find a fair balance between fast-paced action and a very tactical gameplay. You start the game with three characters/classes at level 1, each one with its very own weapons, playstyle, devices and skills, and each has to be leveled up independently. The three available classes are the Recon, the Assault and the Support. The Recon is your very familiar sniper/assassin, the Assault is the heavy hitter/tank, and the support provide logistic and tactical support. However, the feature that makes each class unique and defines its role on the battlefield is the equipped devices. Devices are a sort of "skill", usable with the F key, which give benefits to the player and to the whole team; each class has 2 different devices but it is possible to have only one equipped at time, however players can change their equipment before every respawn. The Recon has a stealth cloack that turns him invisible for a short time and a radar that shows nerby enemies' positions, the Assault can make a high speed shield charge becoming a human ram capable of knocking down enemies, or can use its ADS to emit a microwave beam that confuse enemies making it almost impossible for them to move or shoot. The support can create a small shield bubble that protects themselves and allies from gunfire or use a portable EMP that stuns enemies and disables their electronics. Besides the devices each class has a selection of passive squad support abilities, which can be things like spotting sprinting enemies, increase the recharge rates of allies' device, etc. 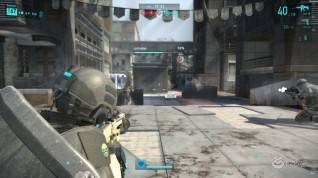 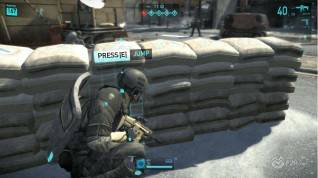 Talking about gameplay, the game features the standard combination of WASD + mouse + sprint, which is nowadays a staple in the shooter genre. The controls are usually quite responsive and precise, even if sometimes sprinting or using the cover system felt a little clunky. It is also possible to vault over barriers and climb them with "E". A more unique and interesting feature is GRP's cover system; instead of jumping, by pressing the spacebar you will take cover behind any near solid surface or obstacle, and you can move toward the edge to take a peek and shoot from a safer position. Moreover, by pressing the spacebar during a sprint you will make a slide and it is possible to go directly into cover. The system works well, it is very fun to use and alone adds a whole new tactical dimension to the gameplay.

There are a bunch of maps and game modes in GRP, all focused around capture points, conquest and defence; you will find yourself fighting in a mall, a submarine base, an abandoned dusty eastern city and more. All the game modes, beside being quite similar, are fun to play, and the maps are well designed, offering opportunities for every kind of gameplay, from close quarters to long range sniping and propmting use of the classes devices. Being a team focused game, cooperating with your allies and making the best use of your class devices in order to help your team is the key to the victory. It takes a while to get used to, but as soon as we started to read and use the chat, and try to use our device tactically, not just to score kills but to help our teammates to push, defend and attack, everything went better. Using the recon radar to locate an hidden enemy, wait for teammates to spot it and then rush togheter to kill it and advance in the map is very satisfying, and fun.
After each game you will earn XP and currency, based on how well you performed during the battle, to improve your character and buy new gear such as weapons, armors, more powerful devices, squad support skills, granades, etc. There are also achievements and tasks based on your class or more generic ones, that will give you some rewards upon completion. We have to say that almost everything can be bought with in-game currency earned through gameplay and that the only options that were "premium only" were cosmetic headgear and camo paints for the weapons, so the game also left us with a first impression of not being "pay-to-win". 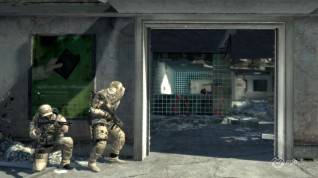 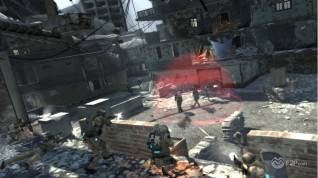 Graphics wise the game is clean and sharp, with nice models and animations that, while enjoyable, could surely be improved. Still, the game is two years old and it's starting to show its age, especially if compared with other, more recent, free-to-play shooters. Sounds are ok, not bad but nothing too fancy.

Ghost Recon Phantoms is a very solid AAA free-to-play team based online shooter. It managed to find a very good combination of fast-paced action and tactical gameplay which, mixed with an interesting cover system and unique class devices, makes it a fun and entertaining experience, particularly if you join a clan or if you have the chance to play with friends, given the heavily team-oriented gameplay. It may not have the fancy graphics of other free-to-play shooters on the market, but it's a lot of fun and it still has something to say.