This week we have been playing Thundercall, the new RPG from R2Games that has just been released, a free to play browser title where players focus on building up their hero, completing quests, and generally working towards trying to increase the “B.R.”. Essentially it’s the same kind of title we see published from R2Games, Asian developed with all the trimmings that we’ve become accustomed to seeing: automated combat, B.R., stamina/energy costs, upgrades and the rest. Even the running theme/lore of the game we’ve seen over and over: demons invading, help the gods defeat them.

First thing we noticed was that unlike other RPGs the game lacked the traditional three classes, instead we had a choice of two gender locked classes, a male Warrior or a female Mage; there was pretty much no information other than each classes Attack value (in stars), Defense value and Difficulty to play. We went with the Mage for no other reason that she was apparently harder to play, this did not appear to be the case as we later discovered. 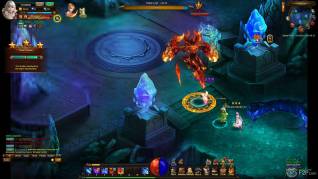 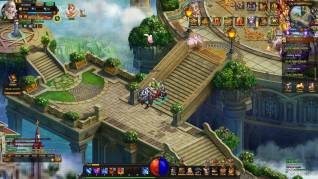 The main opening area where we gathered quests, which judging from the higher level mounts and wings people had was the only quest area in the game, was ram packed with players crushed together, dozens and dozens of clones that all look the same as there is zero character customization. Clicking quests in our quest journal would auto-path us to the NPC objective or to a portal area where we’d be sent off to an instanced area to fight mobs and kill a boss in a chain of stages.

The world design, as they generally do, looked impressive and was really nicely designed (if not little small and simple in places), but the character and monster animations were a little less so and just look a little dated. Similarly with the sound, the background music was extremely well composed and captured the moods well, very symphonic and immersive, but the actual sound effects (what few existed) were absolutely terrible and the repeated grunt sound from enemies was not only low quality, it sounded more like it was recorded… in private… in a bedroom… if you get my meaning.

That was generally one of our main issues with the game, where they did something right they botched it by doing something badly. Combat was the perfect example. Unexpectedly the game’s combat wasn’t half bad and had a skill based element where we could actually control our character moving around the battle areas, our Mage spells were bound to the number keys and would target wherever our mouse cursor was positioned and so we could keep at range whilst moving around. The reality is that as most of our attacks were AOE we realised it was far easier to just get every mob in the stage to chase us to the end and then just stand in the middle of them all and obliterate them with our AOEs; though I’m sure the end game stuff can’t be killed quite so easily, it was no problem all the way up to level 30. 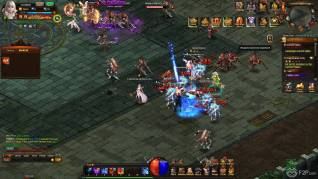 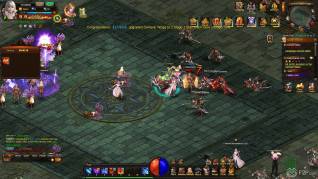 That wasn’t our issue with Combat though. Our issue with combat was that they had a relatively decent system in place that was quite skill based (at least it felt that way playing the Mage) and whilst there was a VIP only AFK mode (where the game would control your character and clear the stages for you) the combat was otherwise fun. We were particularly looking forward to trying it out in PVP which we could do when we unlocked the Arena at level 30… unfortunately the Arena was instant-AFK automation where we couldn’t even choose when to use certain skills, we couldn’t move around, we just appeared in an Arena with another player and started obliterating each other. Not fun... not fun at all.

So many of the systems revolved around upgrading that it was hard to keep track of them, you’d get different materials and jewels that could be used to upgrade armor in one way or another, or apply runes, or resources to upgrade pets and mounts (which would also increase your BR). However, realistically, it’s all the same thing: get <name> resource and use it to upgrade <name> feature to increase BR, and then just duplicate that same “feature” a dozen times.

Thundercall was very thin on features in comparison to a lot of other RPGs in this genre, thin on classes, thin on areas to visit, thin on innovation and everything else. It was a nondescript game that in all honesty was forgettable as it did such a good job of using the features seen in other games whilst adding nothing unique that you’d never be able to pick it out of a line-up of similarly themed games as there is nothing memorable about it. The one thing they had going for it was the combat, but they made it optionally AFK, way too easy, and non-existent in PVP. 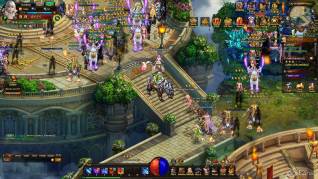 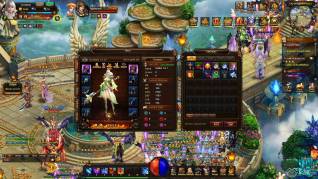