Lots of maps, lots of gear to customize yourself, multiple PVE and PVP modes

We recently took some time to check a new turn based strategy from IDC/Games, Lost Sector Online, a free to play urban tactical shooter where we got to create our own mercenary for hire and head out into the city streets of Broxton to kick some sweet ass of some Anarchist scum. The game has some pretty impressive 3D graphics that make up some wonderfully detailed map areas, creating a real post-war urban feel the game captures that near-future dystopia very well, which is further cultivated by the story driven element through the campaign mode.

The general premise is that after years of war we have returned to our home city that is now a generally abandoned mega-city, taken over by various factions, gangs and criminal elements, reunited with an old army buddy we now take on missions to clear up and reclaim Broxton. The majority of this information is given to use through cut-scenes and dialogue in the early portion of the game, which coincides with the tutorial; whilst the story itself isn’t terrible the translations are pretty shaky at times and it’s fairly clear that it wasn’t originally developed in English. 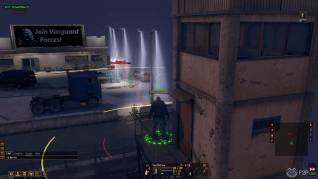 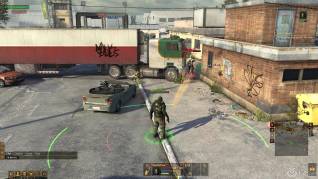 The tutorial/early portion of the game that had us learning the ropes was a mixed bag, whilst it was well done in terms of not feeling too much like an out of place tutorial, it was quite long winded at times and had us doing a lot of running about before we really got the chance to get into any meaningful combat. Most of this running around was done in the huge Factory HQ, a sprawling area of rooms and friendly NPCs that offer everything from heals, gear, quests and bank stashes; going back and forth between them was pretty tedious and in many ways put a lull in the otherwise action focused portions of the early game.

Our first few missions did all the necessary ground work to show us how to fight, like other similar turn based shooters of this type each character in combat has an Action Point bar and by performing actions, everything from moving around to attacking enemies, cost a set number of AP; use up your AP and your turn is over. The tactical element comes into trying to position yourself to be able to take out enemies without putting yourself into too much danger; popping up out of cover to take off a couple of shots, then dodging back into it being a general rule of thumb.

Putting us up against long ranged snipers, multiple opponents, or showing us the advantages of cover from firing behind crates, walls and through windows from inside a building we have to say that the maps really do a good job of adding to the strategy element. With multiple levels, interior and exterior spaces, plenty of scattered cover and open areas, the dozens of maps range from construction yards, factory complexes, docks, rooftop plazas, military outposts and a whole lot of urban battlegrounds. 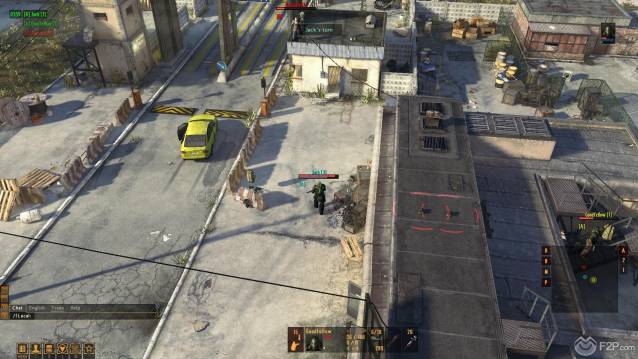 With the strategy being so strong it was made very clear how fighting outnumbered is a sure way to get eliminated. Our range of missions initially seemed to start out with us fighting one enemy at a time for the most part; rather frustrating as it was incredibly easy to take on a single opponent. The missions have certain pre-requisites such as player level range or number of players in a group, unable to pick up the missions that were deemed too hard for us. With our missions we could then enter the global city map, this allowed us to move to key areas where certain missions could only be activated in specific locations whereas other were more generic and could be activated anywhere. After wiping out a few quests with single level 1 enemies we picked up a quest, apparently in our range that we were viable for, which put us against around 5 or so enemies, including some powerful melee units, that essentially ran across the map as soon as they saw us; surrounded us, and promptly executed us in two turns. It demonstrated how dangerous groups of enemies can be, but also how completely extreme the mission difficulty could be.

The game does encourage cooperative play with other players, obvious given the group number pre-requisites on some quests, and players can help each other work through the PVE Campaign mode. The game offers two primary PVP modes, including a standard 4v4 squad based PVP match (which required being level 5 and we’d only reached level 2 after a few hours), as well as a clan based Conquest system where groups can fight for control over different territories in the city. 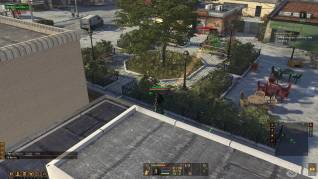 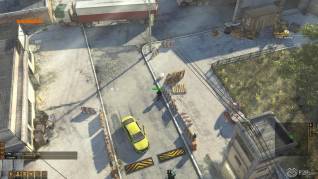 So what do we think of the game? Well on the one hand you have pretty bad translations, a very slow progression system and some quite awkward point and click controls. When clicking a location for your mercenary to run to, and then clicking a different direction, or clicking multiple times to path a route, the stop-start jerky movement was quite annoying. Similarly the control of the camera was quite awkward and from time to time your mercenary would move close enough to pick up an item in battle, but their hitbox covered the location you needed to click and it was, once again, just a bit awkward. The game needs some polish.

On the other hand though we have a really fun game; the detailed 3D maps are really great and plentiful, the combat element is extremely tactical, and there is an extensive element of customization with the different weapons and armor that you can pick up that essentially determines your playstyle/class that opens up so many options. Getting to play with friends or Clan mates will make the game even more exciting to play once you get the chance to use different squad tactics and organization; this game was definitely made for that type of play.

Whilst far from perfect we’d say that, even if it wasn’t a free to play game, Lost Sector Online is definitely one worth checking out and the gripes we have, honestly, we can completely overlook as the game is that fun to play. 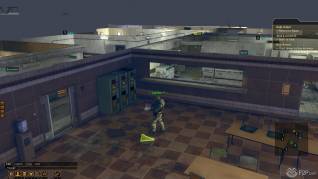 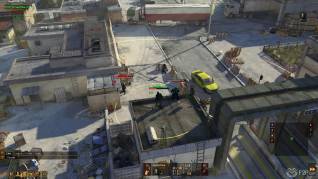