Developers Imperia Online Ltd. have just released a new browser based free to play fantasy hero building RPG, Imperial Hero 2, in which you start out as a rookie hero working from your village to clear out the local thugs and dangerous wildlife in your province, slowly building up your character to big, better and more challenging pursuits.

We checked out the game, playing for some hours to see what both our first impressions and early gameplay were like.

Starting out there’s little in the way of character customization other than a few hero avatars to select and choosing your name, given that the whole focus of the game is to build up your own hero we’d have figured more effort might have gone into this part, but seemingly not. The core gameplay, at least in the early game, focuses on taking quests that lead you around your starter province journeying to different locations, which induces travel time and can be up to around a minute to get from one place to the next, but can be rushed sub-minute or sped up using Diamonds premium currency if longer. Upon reaching your location typically you’re going to be fighting something. 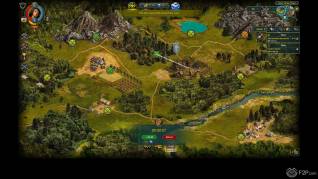 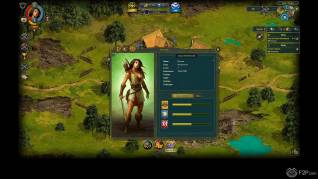 Combat consists of automated battles of five encounters (in the early game, but this increases later on) where you and the enemy will automatically fight each other with zero input from us as a player other than being able to heal up between encounters. The “strategy” is geared towards having your character equipped, levelled and new skills assigned, from level 10 upwards the game also introduces Mercenaries and prior to the battle you can hire these mercs to fight in your party, giving you formation options so adding a smaller level of tactics. The battles can be rushed through, which you might as well as there’s no animation other than the icons moving back and forth at each other “attacking” and slowly depleting health bars.

Once the battle is won you gather up your loot and head back to your quest giver to turn the quest in; quests can either be one off dailies or ongoing quest chains, either way the next quest will typically just have you head to a new location and get into another fight. Remove the icons and the background scenery and every battle is the same except for a little bit of lore text for the quest; it is a constant pick up quest – fight – loot – earn XP – upgrade attributes and gear – quest – fight – loot – upgrade attributes and gear - etc. cycle. Whilst we’re not opposed to cycles, most MMORPGs have them, the problem we have is that combat is so unrewarding and uninvolved that this constant cycle is extremely boring for us and so becomes a grind. Making our way to level ten and into the main portion of the game was extremely tedious and took up the majority of our allotted playtest time. 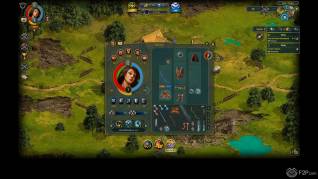 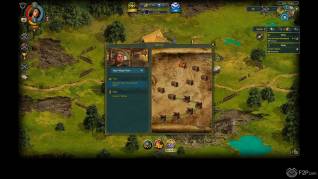 So what happens when you get into the “main portion of the game”, well a few things. Firstly you unlock the world map and can then head to new provinces; you are assigned one of three factions that are locked in war and by completing quests for your faction you can improve its influence in an area and take control of it with an ongoing faction territory war. There’s also crafting that allows you to head to different locations and spend time gathering resources, ideal for AFK downtime activities, though as ever this along with combat costs Stamina, that good old system that lets you play the game for a while until it decides you need to stop playing and rest or pay premium currency to keep playing the game.

The game does offer a competitive element in the form of PVP once you reach level 15, conveniently the same time you unlock your class options (either Warrior or Ranger) as well as the ability to join a Guild, in both cases you are able to try and climb the rankings and earn rewards.
Whilst there is seemingly a lot of features and a lot to keep players busy, the reality (for us at least) is that the stuff that you can do is all pretty much the same and it stays the same throughout. The core motivation is to play the game to try and be the best and at the top simply to say you are the best and at the top; whilst the same can be said about any competitive player or guild in other MMORPGs, for example those who want to be the best Raid Guild, at least in other games the process to becoming the best is also fun…. Imperial Hero 2 just isn’t fun.

The biggest issues with the game are the lack of hands on tactics in combat, the arduous rinse and repeat cycle of questing and the obvious level and stamina walls that are constantly in place. However, fundamentally the biggest issue is the core concept where the singular purpose of the game is to try and get XP and new gear just so that you can increase your Battle Power, a task accomplished by those who can put in excruciatingly long hours or have deep enough pockets to buy their way to the top, it’s just boring. Whilst the game will have its appeal to those who like team/hero building RPGs, for us there’s just not enough different to this title in comparison to others in the genre, nor is there anything that compels us to keep playing through the same content over and over. 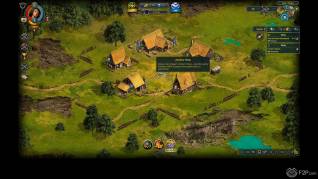 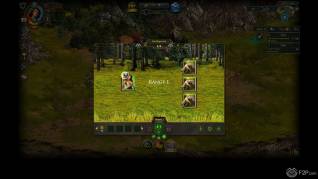