Decent GUI, plenty of Heroes to choose from

Last week we checked out the open beta of R2Games’ God Wars, a free to play browser-based Asian fantasy RPG where players get to build up their own team of Heroes, train them up and equip them to progress through various PVE and PVP features as they increase the BR (Battle Rank/Rating) score.

Let’s begin by saying that It’s R2 Games; it’s pretty much the same genre of game as 90% of what they offer. In similar fashion, the game is about the heroes of the Gods fighting the armies of the Abyss, it is possibly one of the most overused tropes with Asian fantasy RPGs and yet we get to go through it all again; from concept to content there is nothing original beyond this point.

Character selection was a male Warrior or female Mage, there’s an optional third female Archer that isn’t available yet; all in all the actual GUI looked pretty decent and there was information about what each character did and both their strengths and weaknesses. Still, two characters for this type of game is a weak start, worse still was that both characters used a combat “Rage” mechanic where using your lower end skills built up Rage which would then allow you to use more powerful skills that consumed it. It seems suitable for a warrior character, but for a Mage it just seems like they just weren’t trying where even their two available classes are really similar. 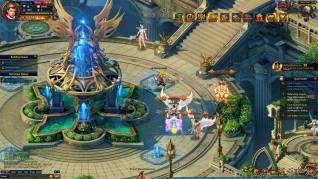 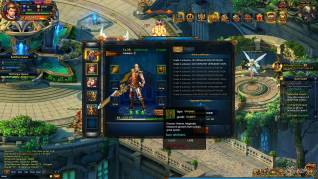 Into the game and we jump straight into the story, it’s pretty shallow and doesn’t get that detailed beyond “We’re being attacked by demons of the Abyss, we’ve summoned you human to go and kill them”, with a little dialogue in between. The dialogue itself is pretty awful, full of typos, bad translations and a weird bug that constantly clips off the end of whatever the NPC character is saying so they never finish a sentence. The lack of original story pretty much suggests that the developers don’t really care too much about it, as ever with these games it’s about building up a team to be competitive in the high end content.

Levelling was relatively slow and steady, after a few hours play we’d hit the mid-20s and it didn’t feel like the kind of game where levels and XP were constantly thrown at you, so progression was paced reasonably well. The problem was that the content available to progress through was the same PVE Campaign for the entirety of our play and even by mid 20s we hadn’t unlocked any other PVE or PVP modes before we called it a day. So for our entire test we were doing PVE stage after PVE stage. 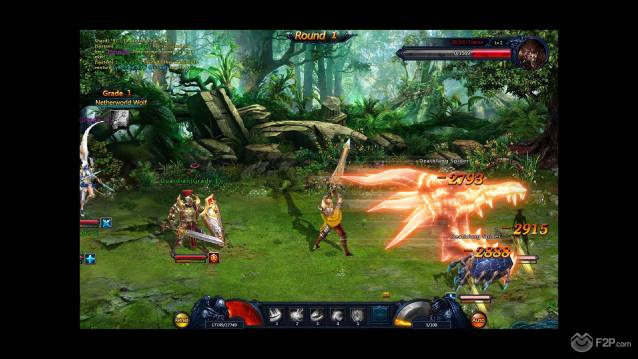 The process of doing the Campaign was essentially picking up a quest from the NPC that told us to complete an Area Stage, heading to the portal, entering the instance, completing it, handing in the quest and then getting the quest for the next stage. Firstly when going into the area the creatures it shows for the stage, as well as the description, are completely unrepresentative of the actual level; the icon of a dragon and the description of some cemetery where the dead are rising, we’d go in and be fighting wolves or something unrelated.

Combat is a little hit and miss, it has automation where you and your recruited heroes will perform auto-attacks, but the game won’t use your rage skills until you unlock the AFK/Auto mode after you’ve completed the first 6 stages. After this you can pretty much walk away from 90% of the battles and let them finish themselves, however, every so often we’d come up against a stage where we did have to hands on play the game and manage our rage skills differently to how the AI did. Whilst the content wasn’t difficult, we did lose a Hero or two in battles from time to time so we think the difficulty will scale pretty well, which is another plus for the combat aspect.

There’s seemingly plenty of Heroes to acquire, once we unlocked the Territory area which allows you to spend resources to upgrade buildings, which in turn allow you to recruit new Heroes. Combined with the Deployment formation aspect, a 3x3 grid to put up to 5 Heroes into your battle party, it seems like there’s a halfway decent amount of customization when choosing teams, and a number of ways to upgrade them.

The biggest issue we had with God Wars, outside of the complete lack of originality from start to finish, was the excruciatingly painful linear path of progression; everything was done in a very specific order, from the Stages we had to complete, the early Heroes we unlocked, the features we accessed. Due to the fact that we didn’t have anything to do other than the Campaign Quest Stages it emphasized this point tenfold. Overall God Wars is just another copy-paste clone of a dozen other games in the genre, if you play it then you’ll find it comfortably familiar, if you don’t then you’re not missing out on much. 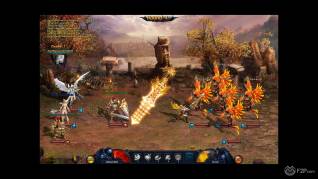 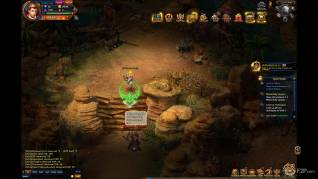 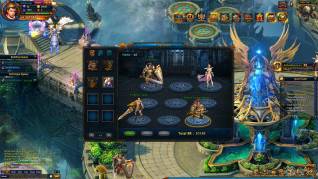 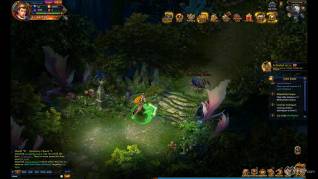