First Impressions on Game of Emperors

First Impressions on Game of Emperors

This weekend we checked out Game of Emperors, a free to play browser based strategy where players run their own city and must look to expand their fledgling empire and competing against other players for rank. The game is a colourful interpretation of a classic genre with some wonderfully designed graphics, both from the world, characters and UI it is a sleek looking title that on first inspection shows off the time and effort put into the game. Feature wise, for this type of MMO, the game has a surprising amount going on ranging from the standard earning resources, researching techs, constructing buildings and training up your troops; the game offers espionage, marriages between characters and the ability to build your own dynasty, promoting and advancing your great people and leaders to benefit your empire as a whole.

Whilst the features are plentiful they are extremely basic, to the point at times making them a little boring; a fairly rigid progression of technologies based off having certain buildings or other techs upgraded to a certain level feels like there isn't that much in the way of diversity when deciding how to shape your empire. That said, when it comes to techs, players are offered two universities offering two sets of technologies; Military and Economic, so there are different avenues that players can focus on and need to balance, it's just all a bit simple. For the most part anyway. 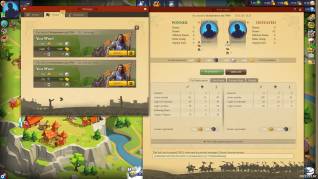 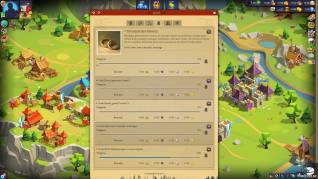 We definitely got a little lost with what to do after the fairly meagre tutorial, which guided us more through the concepts of the game and how to build your main structures, units, jump into combat, etc. but with the number of other options and small elements it actually was a bit on the confusing side and we felt like we'd been left to fend for ourselves and just work it out. For those that play these types of game a lot we imagine that a lot of the smaller details and nuances of play seem fairly natural and intuitive, but from a relative noobs point of view performing even the smallest tasks can result in warning popups and terminology that hadn't been covered and left us struggling for a while.

The game is fairly casual, and after a while does become a little easier to play, but the scope for making an error is very small as building up resources takes a pretty long time, constructing buildings, training units and researching techs can only be done one at a time and so the pace of learning on your own is slow. Added to this, as the way with these types of game, it didn't take long for us to keep getting locked out of being able to do anything because all our queues were full, our units were injured and recovering, or our resources had been hit and were waiting to replenish; this isn't a game you can sit and play for hours at a time (which makes testing it for a review extremely laborious). As a browser game it was good being able to switch between our PC and then check in later on our mobile device, given that we did have to wait a lot it was far easier to just check in on our phones browser, but with no app the optimization is poor and the popups made it frustrating and almost impossible to play. 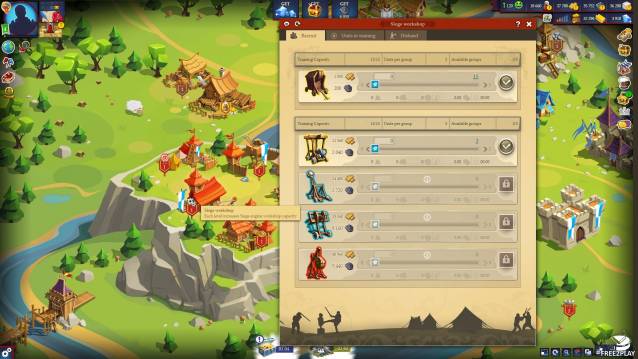 For a game that sits in a pretty crowded genre Game of Emperors holds its own and is at least up at the top with some others, what it lacks in some areas it makes up for in others; the lack of complexity being made up for the number of features. Our biggest issue with the game was the unoriginality; it isn't anything new, it isn't genre redefining, the developers have made a solid tried and tested strategy that we've seen a dozen times and plays to what fans of the genre like. Specifically they know what fans of their other empire building strategy title, Imperia Online, like playing and for the most part just seem to have remade the same game but with different graphics and a couple of different features.

Playing one of these games to the next as a reviewer we'd always like to see something that stands them out from each other, Game of Emperors doesn't really do that in any way that makes an impact; but for someone looking to get in the genre who hasn't necessarily experienced other games then we will say the game isn't a bad place to start. 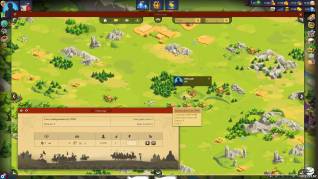 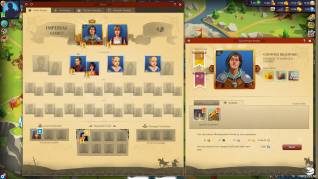 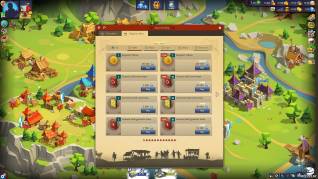 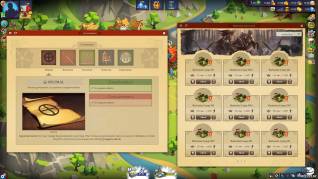 First Look at Game of Emperors