This past weekend we checked out Florensia, a free to play fantasy based MMORPG from GamesInFlames where players explore a world of adventure and discovery as they cross dangerous lands and embark on daring sea voyages. The game arrived in Steam two weeks ago, so we decided to take a look at it.

Florensia is a traditional themepark/quest-orientated MMORPG where players can choose from four appearance customizable classes (Noble, Mercenary, Explorer and Saint) to complete land based quests and captain their own ship to complete content on the sea including PVE and PVP. We played for around two to three hours to see what the early gameplay was like and try and get a general idea of the content, taking up our guns as an Explorer we were able to switch between dual pistols and a rifle, focusing on ranged attacks. 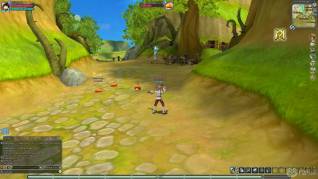 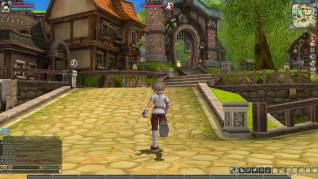 For an eight year old game that has been re-released (originally released in 2008), the game’s graphics haven’t held up too badly; the simple anime style being a little more forgiving to the basic style, simple textures and lack of environmental detail. The character models, creatures and animations were also on the more simplistic side, more impressive in 2008 no doubt, but when compared with other MMORPGs it just wasn’t quite up to standard even for a free to play title. That was the general feeling of the game; basic.

Our experience, for the near three hours that we played, was not particularly exciting and consisted mostly of PVE quests; just about getting us up to level 10 it’s clear that the game falls into the typical Asian grinder category. For us our experience was picking up a quest and being sent all the way to another area to kill 20 Fungi creatures, go all the way back to the starting town to hand in, just to be sent all the way back to kill 20 of the next mob right next to where we’d been; the back and forth was frustrating and the NPCs should have been closer.

The travelling wouldn’t have been too bad if the PVE combat had actually been interesting, but even up to level 10 we only had one skill that we could use, unlocking talent tree points as we levelled up, but even early talents were still level locked and there was no element of customization. So for nearly three hours we killed about 100 creatures that took a while to kill because we only had one skill to use; that was by and large our experience and once we’d hit level 10 and called it a day even looking around the area we were in and the other mobs it didn’t look like those same tedious quests were going to stop any time soon. 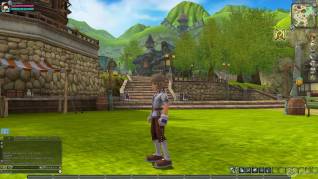 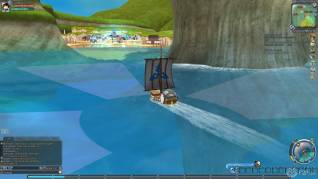 One of the main features of the game is the Land-Sea division, we had our character and our Land skills/talents and land content and quests, and we also had the chance to head out on our ship to battle against enemies on the ocean. It did take us a ridiculously long time to actually work out how to get on our ship due to the poor quest instructions that were really short on information. Poor directions and bad translations were pretty consistent throughout the game.

The sea combat in many ways is the same as the land combat; controlling with WASD to steer our ship but using the mouse to aim where our cannons would shoot. Able to sail out across a huge ocean ships provide combat content as well as a means to travel between the different Islands in the game. 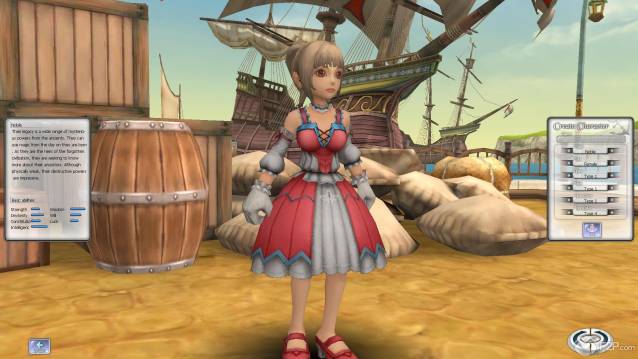 Florensia Online is a pretty feature packed MMO with PVE and PVP (on land and PVP), questing, crafting, professions/jobs, marriage system, guilds, world bosses, and even gathering features such as fishing. The problem is that everything is done at the simplest possible level, where quantity seems to be more important than quality and the possibility of having more innovative mechanics; it felt that the feature being included was more important than how fun or interesting it was. Even the fishing element was simple a case of equip a fishing rod and bait, go near water and then just cast the line and wait; you didn’t need to press anything, no fishing minigame, it’s just a case of waiting for anything up to a minute and seeing if you fish anything up.

Even for a game first developed in 2008 the Florensia Online it was still behind the times of other MMORPGs and in many ways is possibly playing off the nostalgia of players who used to play it. Everything takes too long to do, from gathering resources, killing quest mobs, travelling, it feels like trying to stretch out your session time to break up the samey combat. 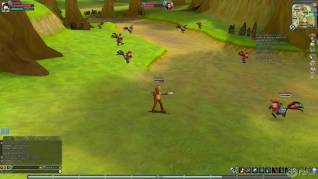 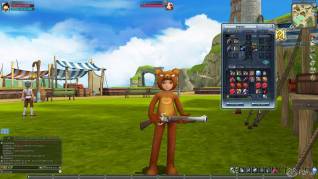