We took out some time to play AMZGame's newest team building RPG strategy Empire: Revenant, a browser based free to play title set in our own ancient history where we got to play as the Roman, Greek or Persian Empire and progress through a PVE campaign taking down various enemy armies while bolstering our own empire. The game focuses on players recruiting new Heroes, equipping them with gear, training their skills and organizing them into formations to fight in PVE and PVP then battling through automated combat; it is a team management game where you have no control over the actual combat once it begins.

Graphically the game looks good, the UI doesn’t feel too cluttered, the character designs are good and the unit animations during combat, whilst fairly simple, work well and overall add to the style of the game. The biggest issue with the graphics was the city, the buildings for your city, whether Greek, Persian or Roman (as they don’t change), didn’t suit the style of the game and all looked very high fantasy with an elven inspired look; honestly we’d question whether these graphics had been designed for this game at all. The music was extremely repetitive and after a while got a little bit annoying it being in a constant loop, fortunately it could be turned down to be more subtle background noise or turned off completely. 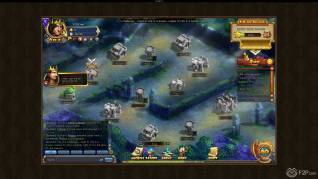 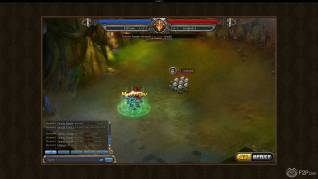 As far as a game goes, well it doesn’t add anything new that we haven’t seen before; it’s a stream of “features” being unlocked as we level up (we managed to reach level 32 in our play through), the majority seeming to be ways to earn gold, items or XP by just logging in, clicking a button or some other simple/uninspiring task that serves only to give you more cash to make your heroes stronger.

Heroes, which may come as no surprise, are recruited from the “Tavern”, by accessing it you get a selection of 8 heroes, generally mostly green (lowest quality) Heroes, a few blues and then occasionally a purple. The random selection process has then the game highlights them in turn, cycling through them quickly and then slowing down until it finally stops on a random hero. On our play through our first hero we “randomly” acquired was Aulus [Green] with his Mars’s Fury attack [Blue attack] who appeared twice in the selection giving us a 25% chance of getting him, interestingly when we did another play through to see the differences with the other factions and had to pick our first “random” hero we got Aulus [Green] with Mars’s Fury [Blue] again… so we tried it again, and again… five times in a row we got exactly the same “random” hero. Once you get your free spin you also get the chance to spend gold premium currency (which we start with 200 of if you choose a “Random” Empire at the beginning) so we had a few goes. It was also quite clear that the rate at which the selector slowed down was not consistent, at times it would really slow down at the end when hovering over green Heroes, or suddenly speed past (and seemingly skip) Blue heroes. 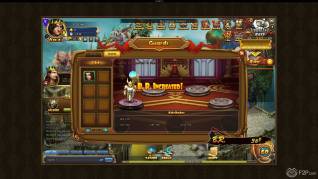 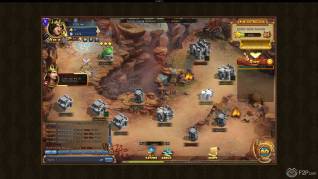 So what was the difference between Empires? None. There is no difference whatsoever other than you have a different coloured flag next to your name; your character still looks the same, your advisors are the same, you still start out by fighting Egypt and Ramesses II, it’s the same game with zero replayability. The bigger issue is that you don’t need to play the game more than once for it to have zero replayability; every battle you have feels exactly the same, the units all pretty much look the same, regardless of the feature (PVP in the Arena, PVE in the Campaign, PVE in the Elite Battle) they all looked and played exactly the same. Furthermore every battle generally had the same outcome, with us killing the enemy in about 3 turns, in no small part from acquiring a free Gold Hero (Solomon) 2 hours after creating the account (we made the account then had to come back and play it later, so we pretty much started with a Gold level Hero). It got to the point where it took longer to accept the quests and load up into the battles than it did to actually win them; rinse and repeat for our 2+ hour play through and things got very boring very quickly.

The game just feels no different to other games in the genre from other publishers; you have an “Array” with a 3 x 3 grid and position your Heroes in it to fight the enemy team. You earn silver through winning battles to then “Train” your Heroes and improve their stats, equip them with gear and then “Enhance” the gear with the Forge system (literally just spending silver to make gear stronger) with the ultimate goal of increasing your BR. Whilst the small nuances of the game may change from title to title, the bulk of the features and the core gameplay have been so rehashed and reused that Empire: Revenant just doesn’t bring enough new content to the table.

For those new to the genre who find the idea of casual RPG team management appealing then, dubious RNG aside, it’s a decent enough game and may have some promise at end game, but we will say that at level 32 the game feels no different to that of level 1. 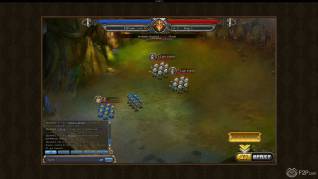 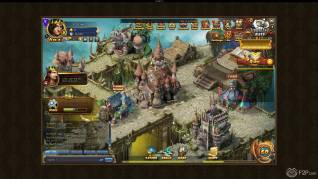