Campaign could be longer, graphics/animations aren’t anything particularly amazing

We took some time out to check the the new card collecting game from Bethesda, The Elder Scrolls: Legends, a free to play title where players get to build different decks using the creatures and races well known to Tamriel.

With our full access we jumped straight in and started powering through the tutorial, which also ties into the campaign mode, admittedly the learning curve wasn’t that steep and straight away the similarities between TES:L and other TCGs/CCGs were numerous and the game initially looked like a lot more of what we’ve already seen a dozen times over. The benefits of TES:L taking cues from other popular CCGs means that it was pretty easy to jump straight into combat, the core mechanics were already very familiar but instead of building up land or mana we were acquiring Magicka each turn and then spending it to play the cards we’d drawn from our deck. 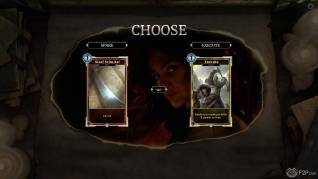 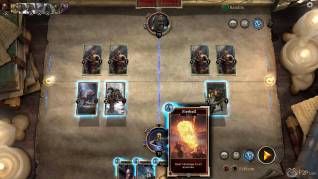 If you’re reading this article then we’re going to presume you already have a grounded knowledge of how other TCGs/CCGs work, so we’re not going to go into the ins and outs of how Unit cards can make attacks, how Items boost your units, etc, etc. It’s fairly standard, at least to the point where your main objective is to reduce your opponent to zero hit points.

So what are the differences?

Well as the campaign continued it started to introduce new mechanics starting off with the concept of Runes, at the beginning of a battle both players have 30 hit points and 5 runes, each time you lose enough hitpoints to take you under a threshold (every 5 points, ie. 25, 20, 15, 10 and 5) one of your Runes is destroyed. What this does is instantly take a card from your deck to put in your hand, a sort of “Hey, you’re getting screwed over, but maybe this card will help?” Even better many cards have a “Paragon” trait which means that card can be played without costing any Magicka. It’s a pretty neat feature that can hold off cheese strategies we see in other games where a player builds up a specific combo that removes your deck and leaves you pretty helpless to defend. Losing a Rune and pulling a high level creature with Paragon can definitely sway things back in your favour, or at least keep you off for the ropes for a few turns to try and recover.

Second up were lanes, so in most games you just play your cards all into the same battlefield and everything can generally attack everything, in some games such as Might & Magic: Duel of Champions you have 4 lanes and can place eight cards at a time, 2 cards per lane (front lane and back lane). With its own kind of lane mechanic in TES:L you have two lanes, you can place as many cards as you like in each lane, there’s no front line and back line, but you can’t attack into the other lane with a unit (at least not as a general rule, there may be exceptions). Second to this the right hand lane is a Shadow Lane, which means when your units enter the field of play they are provided cover for their turn so they can’t be attacked the instant they are placed on the board (at least not by units, spells are still fair game). This small feature adds a surprising amount of complexity, having to choose where you place cards not just what you place really ups the level of strategy then combined with the cover mechanic in the Shadow Lane it gets really interesting. 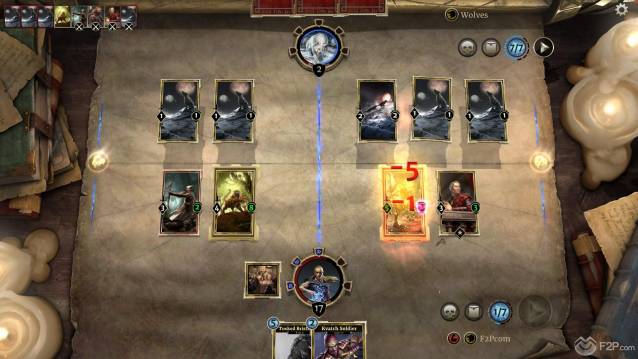 One of the things we did like in the campaign was that the Shadow Lane was switched out during one of the battles, a fight on the high seas during a storm was simulated by the lanes having a random enemy unit switch lanes each turn as they were thrown about the ships deck; a complex and random event that really changes up a fight. Whilst the random element might be a bit too much for competitive/ranked play, we would like to see more of this kind of thing in unranked matches.

Progressing through the campaign allowed us to unlock quite a few cards and start building our first default deck, one of the things we really liked was the RPG element of the quests where at different times we were given choices on how to advance our story; after a battle with wolves in the story our adventurers come across a Wolf Pup, which we could keep or kill, depending on the choice we made determined which of two different cards we’d get. Other quest elements allowed us to upgrade cards into improved versions, choosing how we wanted to upgrade them and in turn shaping the story. The campaign is fun, but it’s not particularly long, and for an Elder Scrolls game we would like to see a more dynamic campaign become a larger feature (such as the HEX TCG) and these kinds of elements be more common. 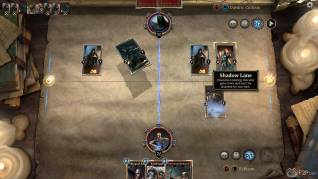 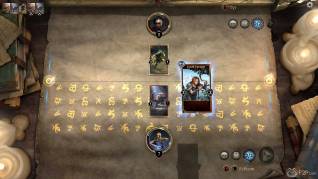 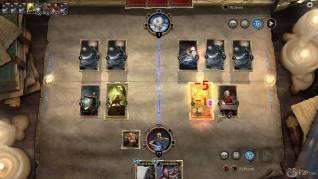 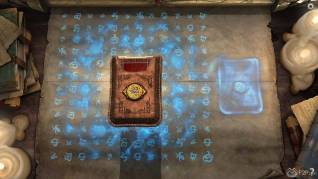 With some cards acquired and new decks opened we were finally introduced to the deck builder, this feature is probably the most defining element of The Elder Scrolls: Legends. There are five Attributes (Endurance, Intelligence, Willpower, Strength and Agility) and each card is assigned to one of these Attributes, which generally determines the type of card it is (e.g. Endurance cards typically focus on protection, defense and healthpoints, and generally has the biggest creatures). When a player builds a deck then they can have either one or two Attributes for their deck, from then on only cards with these Attributes (or Neutral cards) can be put into the deck. Defining the decks in this way adds a lot of customization without giving players the freedom to put whatever they like in their deck, whilst opening up deck customization like this is similar to the five colours in Magic the Gathering, unlike Magic in TES:L all cards use the same Magicka resource.

Our time playing the game was very enjoyable, it seems like a fairly solid game that we do not doubt will find some success. A more extensive PVE campaign would be something we’d like to see, though not necessarily required for an otherwise PVP focused game. The wide levels of customization, the Rune and lane mechanics, all will show a deep level of strategy and the potential for a promising eSports scene should that be the direction the game goes in.