Not massively original, dialogue is too quick, use of emoticons is corny

As you probably already know, this week we checked out the alpha test of R2 Games’ newest RPG: Dragonbone Dynasty, a free to play browser MMO with some deeply inspired Asian themes and mechanics that are fairly traditional to R2 games. From the list of features and general theme of the game we were very much expecting the same kind of game that R2 Games usually delivers, and we weren’t far wrong. However, it impressed us.

The game is very much a hero/team building RPG where players acquire new Allies as they progress through the core PVE content in the game, equip them with all manner of gear and spend currency and resources to level both the Ally and their items up. From here you arrange your Allies into different formations using the Array system, a 3x3 grid that allows for some team management elements where players can use tactics to determine which of their characters they put into which positions. Your Allies all have unique skills and they can do things like attack a single character for lots of damage, attack all the enemy mobs in a column directly in front of them, attacking a cross AoE attack (four corners and central tile). The more powerful your character, the higher their attack rating and your teams overall Battle Rating, or their “B.R.”. 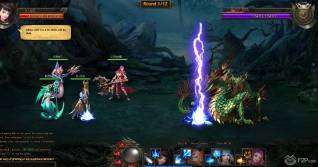 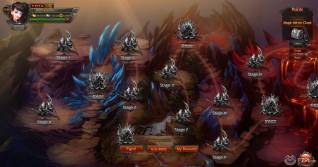 If you’ve played these types of games you already know all of this, it’s the same mechanic we see in every other RPG of its type. It’s the “newest” game in the genre, but there is practically nothing new about what we played.

What we were far more impressed with were the small details; having three available classes to choose from with descriptions about what each of them (so many of these RPGs not only don’t offer at least 3 classes, but don’t tell you the differences between the ones that are available.. presuming there are any). Dragonbone Dynasty at least got that right and we chose the Rogue for our starting class (the others are Sorcerer and Barbarian). Stepping into the game we were also pretty impressed with the graphics, the world map area looked a lot bigger than what we’re used to, and the assets didn’t feel like they were being overly reused; the character models were well designed (although the actual animations were a little basic and jerky), overall the developers have done a really good job on the visuals. 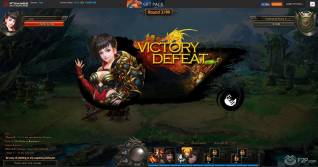 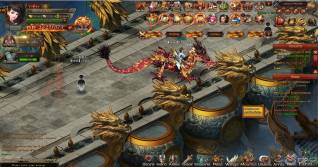 One of the big things with these games is the story, as an RPG we personally think it’s equally important to have a good story to engage players as much as it is to try and get them to max level to unlock end-game PVP-esq content. Once again Dragonbone Dynasty doesn’t disappoint. Whilst the core concept is very, very overdone (armies of hell marching on the human lands and mankind turning to the heavens and benevolent beings to help them) the actual storyline wasn’t too bad from what we saw and for once the English translations were pretty damn good. The two main things with the dialogue and storyline that did ruffle our feathers a little bit was the use of cheesy emoticons all the time during dialogue to show what the characters were doing; sorry but we just don’t go in for that silly kawaii rubbish, secondly how fast some of the text appeared (even at pivotal points revealing the main story mysteries), scrolled and closed so quickly it left us in the dark.

Combat is a little closer to what we’d like, all the battles are instanced and you have a mediocre bit of control over you team, queueing their actions prior to beginning the turn, choosing which attacks you wish to make. If you don’t make a choice then the AI will take control and take you into automated combat, which in the early levels seems to work out reasonably well anyway so it doesn’t make that much of a different being able to control the characters, but even the automated combat features has a customization menu to choose which skills you want to use during auto combat. Having any control in the actual battle is always a good thing; as we got to choose which abilities we wanted to use at the same time as the AI then it meant we had to second guess what attacks they might be likely to make and act accordingly whilst simultaneously following our own strategy.

As far as team building RPGs go we’d say this is probably one of the better ones on the market; whilst the developers have far from tried to redesign the wheel and the title lacks any innovation, the elements of this genre that they have taken and used they have done well. The game is simple to play, the level process is steady and doesn’t feel like you are burning through levels just to get to the end where the “end game features” happen, it feels like you are progressing the story. 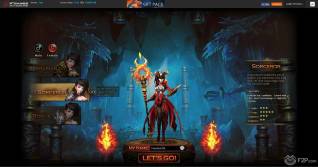 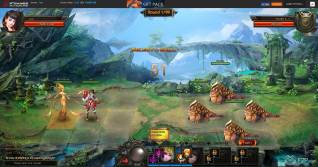