We got the chance to check out the new free to play MMORPG from Aeria Games: Dragomon Hunter; having just launched its closed beta we took a look at this Asian import gearing up for release in the west. In the game we found ourselves as a prospective Dragomon Hunter, famed hunters of… well... dragomon obviously, dragomon are all weird, wonderful and dangerous creatures that populate the world. We put a few hours into the game to check out the early game content and here’s what we thought.

Starting out the game gives you four classes (Cleric, Mage, Mercenary and Scout), which is a healthy number for an MMORPG of this size in our opinion, however the character customization didn’t leave much to be desired other than a handful of hairstyles, faces and colours, then for our companion Hoppalong that we’d meet later in the game there were even fewer options. It’s definitely a level of customization that would probably sit well with younger players who aren’t as bothered about the high level of detail and personal representation they want to put into a character that older players often do. That, in itself, means that the lack of customization isn’t that much of a negative and is more on track given that Dragomon Hunter is most definitely a game geared towards a younger to mid-teen audience. 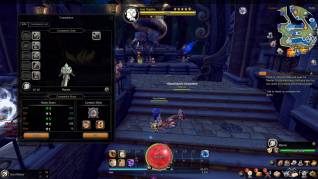 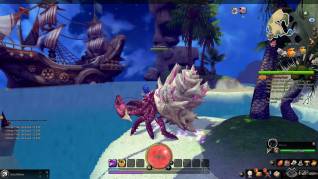 The “mon” in the title definitely brings to mind Pokémon and Digimon, and the general theme of the game where players can travel around trying to catch every type of Dragomon for their collection is clearly heavily inspired. If there was any doubt then the first Level 1 Quest being titled “A wild recruit appears” plays on the Pokémon meme that represents when random monsters appear; Dragomon Hunters clearly aren’t trying to hide the inspiration for their title.

Aside from the “Gotta catch ‘em all” style approach the game is nothing like Pokémon, instead it is a traditional 3D MMORPG, we took on a series of linear quests that progressed the storyline, unlocked new areas and gave us access to new features such as our first Dragomon mount and the introduction of our Hoppalong Marvin, a battle pet that was pretty good at kicking ass and, as we had decided to play as a mage, did a good job of tanking enemies for us whilst we attacked from range. The features themselves do unlock at a slow and steady pace, nothing too restrictive for an active player but a little slow for the purposes of making a review, so there were still plenty of aspects to the game we didn’t get to check out though not at the expense of feeing like we had nothing to do. 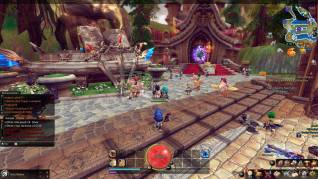 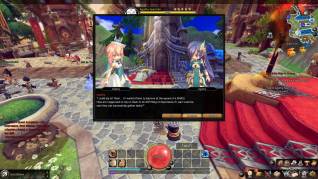 Typically for our quests we would be sent to a certain area to find some items, get rid of some nuisance Dragomon and then end up having to fight some type of boss; if we were lucky along the way then one of the Dragomon would drop an egg or some reins, or some other item that adds to your inventory and allows you to summon the Dragomon. Most just give a speed boost when you ride them, others can be trained up to be battle pets and you get to use their own attacks against other creatures; it’s an interesting and fun little system and we found ourselves already wanting to collect as many Dragomon as possible. The more powerful the Dragomon is to subdue in battle, typically the more powerful it will be as a pet, though for the most part we were able to kill off the general mobs we came across the Boss mobs gave a bit more of a challenge with their multiple combat attacks; highlighting red areas on the floor that we’d have to quickly roll out of the way to dodge.

The story line was surprisingly detailed and not as trite as we’d expected it might be, it didn’t feel rushed or without effort, on the contrary it was extremely detailed with lots of characters introduced and a real emphasis on the story as opposed to just being filler as you move from one zone to the next. An even bigger surprise was the translations that, from what we noticed, were pretty much perfect English, something that you rarely see from Asian imported MMOs.

For a young persons’ game there is a lot on offer, for a slightly older teen audience and beyond the game probably lacks the depth that most would want, the features they have are done well but it feels like very early on you’re having an experience that is going to stay pretty much the same throughout the game. The locations will change, the Dragomon look different, and they may get slightly more challenging, but the classic MMORPG experience is already feeling a little tired; particularly with the linear quests. Overall not a bad game and there’s definitely a lot of hard work that has gone into it, but it’s unlikely to appeal to an older audience from what we can tell. 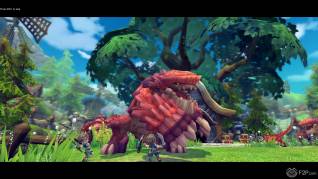 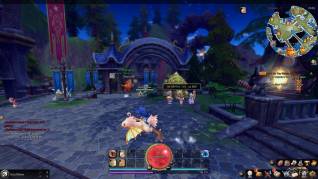