Environment art looks nice, though gets reused very early on

We took a little time out to play R2 Games' browser-based fantasy MMORPG Knight's Fable developed by Youzu Games and published in Europe by R2 Games, the developers and publishers who brought you the widely notorious League of Angels and Wartune. Knight's Fable very much falls into the same type of gameplay and style as these two other titles, so much so that if you didn’t know the three games it would be quite easy to presume they were the same the similarities are that many.

In the game players choose from one of four different hero classes and must build up their strength by completing quests and challenges in PVE and PVP to improve their overall Battle Rating (the numerical value that tells you how strong you are in comparison to other players and monsters).

The game is free to play browser-based so with a quick signup we were instantly in the game with the click of a button and taken to the character creation screen, this was a bit of a low point given that there is absolutely no customisation whatsoever and players simply choose for premade characters/classes and their name; and that’s it. Four classes that we could choose from work the Knight, Magi, Fighter and Spiritus, there was no information in the game as to what any of these classes could do or what their differences would be, no text, no hover information, so players would have to refer to the official website to gain any knowledge of these classes. With nothing to lose we just went with the Fighter because.. well why not? 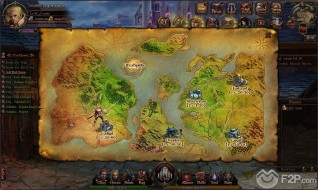 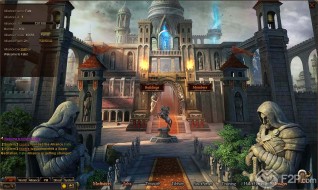 As a First Look video the first impression that we were given was the incredibly a fast-paced that everything moved through, from the loading screens to the narrative dialogue to pop-ups, rewards, pretty much everything happened at lightning fast speeds, too fast to be able to take it in and so felt like a constant bombardment of the senses. Once you get into the game it simply a matter of clicking the “next” button, as is the way with these types of games: get a quest to speak to an NPC (in this case it was an old dude called Chet), click the link and it automatically takes you to talk to him, he give you a quest whereby you click the link and you automatically travel to the location, here you must click a link to automatically fight some demon type creature (or different variants as this seems to be a Heaven versus Hell story, but things happen so fast it was quite hard to tell sometimes).

Combat is equally automated, you jump into battle and watch the fight as you and the enemy take turns in making completely automated attacks that you have absolutely no involvement in whatsoever. The whole premise of the game is building up your hero and orchestrating which attacks the will perform in order when in battle, but the actual combat is carried out and the result determined by the computer itself. After each battle you are given a score and a grade, “Perfect” being the highest you can achieve, and earning XP, coins and sometimes items depending on how well you do. Finally we didn’t manage to achieve “Perfect” on all the battles, even though at this stage is also nothing we could have done to improve our characters, though almost every enemy we came across we killed with one hit and so the battles themselves seemed completely redundant anyway. 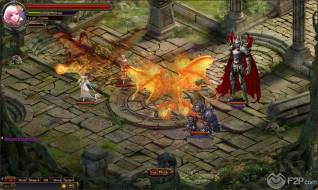 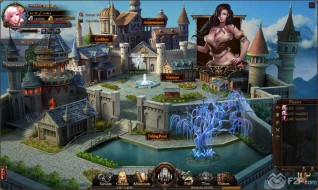 As is typical with these types of games there were plenty of flashing icons that we were prompted to check out, signing in for a daily reward, collect and rewards because we played for a certain amount of time, etc. XP was literally thrown t us and after 15 minutes we’d already hit level 10, worrying given that max level in open beta was level 60. Every few levels new features would unlock, which we found old given that they might as well just give you access to them from the beginning as you level up so quickly you have access to so many of them pretty early on anyway save for the high level features/content.

You either love or hate these types of games and it is one that will definitely divide the market, there is no doubt that they are extremely popular with a lot of MMORPG players but for others it will simply feel like constant clicking and being a spectator as opposed to a player.

If you wish to know more about this title, check out our profile by clicking on the "info" button below. 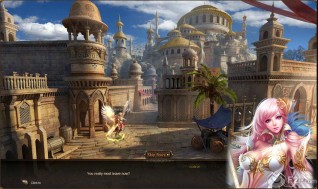 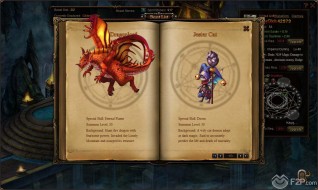