Available for iOS, Android and now Facebook, Eredan Arena is a free-to-play CCG (Collectible Card Game) developed by Feerik and set in the Eredan Universe. We had fun for a while with the Facebook and Android versions of this simple but interesting game thanks to its cross-platform nature which lets you play with your own account on any supported device, and we are now ready to tell you our impressions. 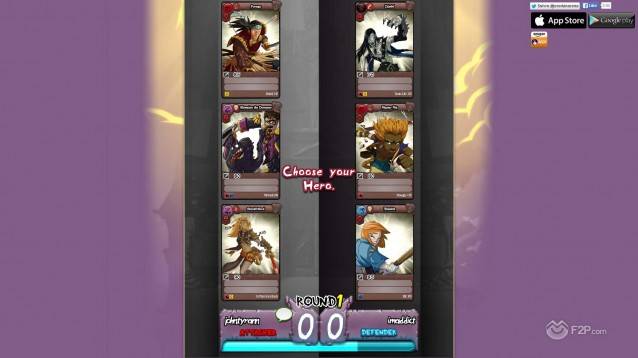 Let's start by telling you that this is not your usual CCG; it aims to keep things simple and clear and it tries to do this by getting rid of the whole deck thing and offering quick matches (a few minutes each) where you will play with a team of 5 hero cards, which are the only card type available in the game. Now, before the CCG purists had the chance to cry "OMG no deck?? Heresy!!" we want to assure you that the whole system, though different from what we're used to, works quite fine and simply represents a fresh, new approach to the genre.

You'll start out with the standard set of 5 base characters and after a quick explanation of the game mechanics you will be thrown into the harsh world of the Eredan Arena fights, where there is no PvE, only brutal PvP battles. The gameplay is simple and easy to learn, and even if the luck factor plays an important role, you will have the chance to show your tactic skills both in team building and during the match thanks to the actual combat system.

Upon clicking the big "Play" button, the game puts you against an opponent with a team strength level similar to yours; at this point you and your contender have both only 3 out of 5 cards available (the other ones being "in queue" and ready to be gradually selected once a slot is freed), and will have to choose which one to play first from these 3. Once the 2 rival heroes are chosen, the fight between these 2 cards starts. Each card has a race, a guild, a class, an attack value and up to three different skills. Skills have different effects (i.e. raw damage, shield value, buffs, debuffs, life-steal) and an activation cost which must be satisfied to play that skill and which is represented by a combination of three different symbols: A yellow rune, a red strength and a blue fireball. 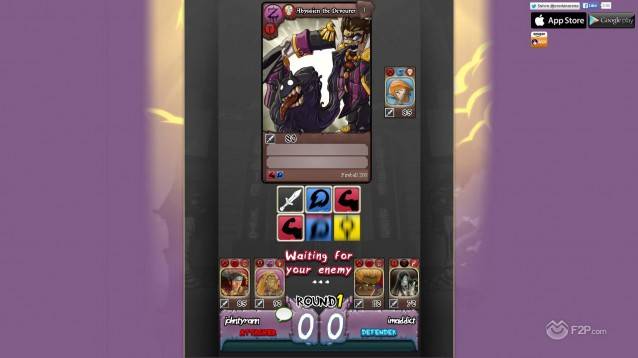 Players will then launch 6 dice with 4 faces each, displaying the already mentioned symbols plus another one which is a grey sword and representing the base attack. They can launch the dice up to three times and each time they can lock down the dice they want to keep and reroll the others in order to try to play their hero's abilities or perform basic attacks where damage is determined by the heroes’ attack value.

Once players have locked in all six dice or the dice have been rolled three times, the actual fighting phase takes place, starting with the activation of the various skills and going on with the basic attacks. The hero who manages to deal the most total damage wins the fight, and two new heroes are selected for the next round. The first player to win 3 rounds out of 5 is the winner of the match. 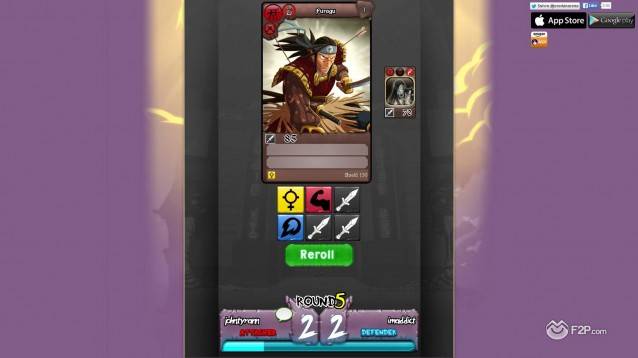 Though it could sound a bit complex by reading the explanation, the system is actually very simple and addictive, and you will get used to it in just a couple of matches. As you can see, even if there is a certain amount of luck involved, it's important to build a good team with matching skills and to wisely choose which symbols keep, which one to reroll, when it's better to risk and when to play safe instead.

Moreover, each hero can evolve up to 2 times, reaching a maximum level of 3 and unlocking new skills at each level. Higher level skills have several types of interesting and original effects, including group buff/debuff which can also be linked to the "attacker" or "defender" status or to a particular race/guild /class, etc.; this adds a certain depth to the game and gives a certain relevance to the choice of the right heroes for your team and for each fight.

After each match, either you win or lose, you will have the right to open one of six random treasure chests, which can contain red gems (used to buy basic boosters), a specific hero card or a booster (which contains a single random hero card). If you get a double of a card that you already own, you can choose to merge them and add a green stone to that card or sell it for red gems. Upon reaching a certain number of green stones on a card, it will level up in a more powerful version of itself, gaining new artwork, new skills and a new attack value.

Players can also purchase diamonds for real money to buy advanced boosters, unlock new heroes and open more than a single treasure chest after a match.

By upgrading the different basic heroes to the maximum level you will unlock new level 1 heroes, so you will always have something to work on. The developers also hold special events during some weekends where you can earn special limited edition EX cards, so there is always something to do for the collection junkies.

One criticism that we intended to make to the dev team was the absence of a friend list, with the possibility of playing with your friends and challenging them; however, with a recent patch, Feerick added this feature due to popular demand, completely integrating it with Facebook: if one of your Facebook friends plays Eredan Arena, they will be automatically shown on your friend list when online, and can be challenged/challenge you at any time. This showed to everyone that these guys really listen to the community feedback, so we can only say Good Job! 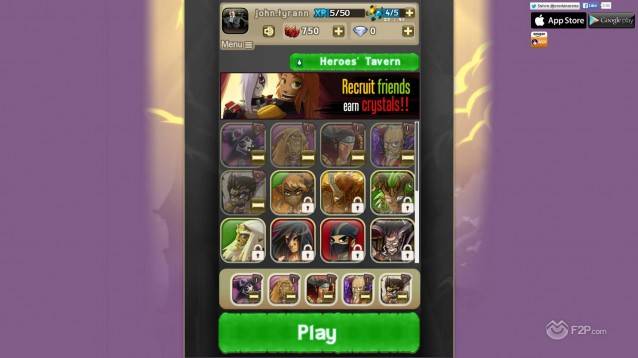 Speaking about graphics, the game features some colorful and detailed anime/comic-style artworks, and the evolutions of the heroes are really interesting to discover. However, we noticed some occasional graphic glitch, with numbers or skill texts disappearing and similar stuff. The engine is still a little heavy and a couple of times on our android device the game froze as well, but it is still young so there is definitely room for improvement. The sounds are average, and if you play on a mobile device, you would probably just turn them off when playing in public places.

Eredan Arena represents a fresh and light approach to the Collectible Cards Games genre. It's quick, it's fun, it's addictive. It gives the best of itself when played on a mobile device as even if the Facebook version runs smoothly enough, you can definitely tell that the game is designed and optimized for smartphones and tablets. If you are looking for a nice and casual PvP game which doesn't require hours and hours of grind to be competitive and you like to collect cards, give it a try; after all, it's free.