Might and Magic: Duel of Champions launches the new Expansion

Ubisoft has just released the new Five Towers expansion for its popular MMO Trading Cards Game, Might & Magic Duel of Champions. Players will be able to find 80 new cards to play with and two new types of card with new mechanics which will allow them to expand their strategic possibilities and personal tactics. Moreover, a new creature type has been added as well: the melee-shooter. Deployable on any battleground space, they can attack from anywhere but are vulnerable to counterattacks like flyer and melee creatures.

You can now decide to keep your extra cards for your collection or throw them in the Infernal Pit to obtain new cards and gold.

“Our community has been requesting the ability to add a card in multiple decks and we’re happy to say that with this next update coming in just two days time, this will now be possible. As with physical card games, where players can swap their cards from one deck to another, Duel of Champions players can now use the same cards in every deck they create. We expect this feature to be helpful in the use of Epic and neutral cards and it will reduce the amount of cards players have to keep in their collection,” said Samuel Jobin, live producer of the game. “We are always listening to our community and will continue to do our best to keep bringing exciting updates to Duel of Champions!” 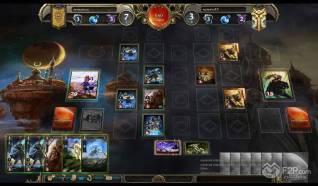 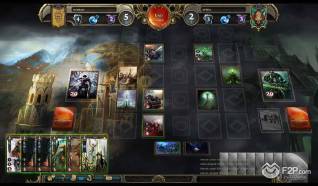 Another interesting innovation is represented by the Buildings, which can now be deployed on the battlefield and that will provide buffs and new abilities to the player's creatures.