Outspark, has started the signups for the fantasy MMO, Luvinia Online, coming online this summer and offering a glimpse of special content and events to come. 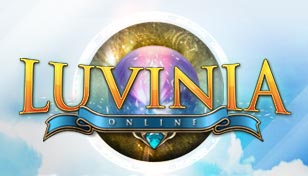 Luvinia Online, a highly successful game in China, is coming to Outspark Games as part of a publishing partnership with Shanda Games Limited in China. The games success in the west, coupled with the growing community and strong platform that Outspark has built, are sure to spread the fantasy world of Luvinia to an even larger audience.

The world of Luvinia beckons players into a realm where humans, orcs, gnomes and dwarves once co-existed in peace; however, destiny never stands still. The stars that once shined brightly over the humans now fade as the hearts of the other races turn against them. With the help of the Victoria Institute, heroes from across the land will challenge fate to take up their weapons and fight for their land against treacherous invaders.

 Choose from 3 class archetypes, with 12 subclasses for specialization
 Take part in a variety of daily in-game events ranging from realm battles to epic treasure hunts
 Easy quest UI with helpful auto-move features are built into the hundreds of quests at launch
 Travel under the sea and out into space with over 50 cities to visit and 130+ maps to explore

Luvinia Online is a big labor of love, and we are eager to show players the giant world that is Luvinia, stated Philip Yun, COO of Outspark. This action-packed 3D MMORPG is brimming with all the monsters, allies, and challenges that you expect from an Outspark title and the sneak peek into the class system in the next few weeks will show players the multitude of possibilities their characters can have.