The summer brings a new level cap to Dragon Nest Europe. The game is raising the level cap from 70 to 80 and introducing new content: two new areas with eight new dungeons, new gear sets and a new Nest.

In the new level 80 content players will have to stop King Feather from destroying the world, and in order to do so, they'll have to travel through Flame Canyons, overcome lava rivers and travel deep into the Fire Mountain's caves.

The update brings 8 lava-filled dungeons located in the Elven realm Anu Arendel and can be accessed through the Fire Mountain (Relic of Fog, Shadow Grave, Flame Canyon, and Abyss of Heat) and the Lava River (Watcher’s Tower, Wailing Wall, Eye of the Goddess, and The Praying Heart).

Once players reach level 80, they automatically unlock the Fire Mountain’s and Lava River’s Abyss Modes which will reward them with Lv. 80 Talismans, Heraldries and Dragon Jades. The areas will feature new daily quests, adventurer guild quests and time attack quests as a new feature for regular dungeons.

At level 80 the new Volcano Nest will become accessible. In a group of four heroes, player can take on the Phoenix lurking in the mountain's core to get fight for Perfect Jewels, epic Heraldries and (crafting materials for) the epic Lv. 80 Flint and Cinder Sets. 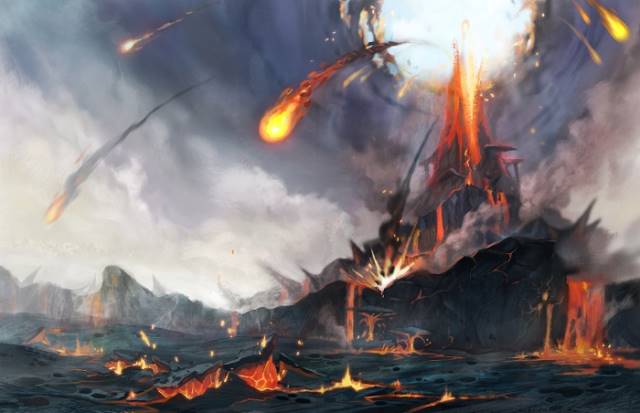