QUESTION: First of all, thank you for giving us the possibility to interview you about Panzar. Would you be so kind to introduce yourself to our reader?

Answer: Dmitri Morosov, Chief Technical Officer. As CTO, I work in a lot of areas but the main crux of my job is character animation, level layout and game mechanics.

QUESTION: How would you describe Panzar to someone who has never heard of it before?

Answer: Panzar combines action game MMO/MOBA with elements of RPG in a free-to-play format. The game is all about the battle. You fight, you develop strategies, you can join clans and participate in our tournaments. There are various arenas and scenarios, and every battle gains players experience and money they can use to develop new skills, buy and upgrade gear.

QUESTION: Which are the elements that sets Panzar apart from the rest of the genre?

Answer: Panzar is a hybrid, inspired by the best online games have to offer but in a mix which makes it unique. We chose a different route, taking inspiration from the games we played and integrating the elements to make a fast paced action arena game. Many session-based action games on the market are in competition with each other, whereas, Panzar, although it is a fantasy game, the specific game play strategy we have and are developing puts it in a category of its own, somewhat similar and somewhere in between MOBA and MMORPG. 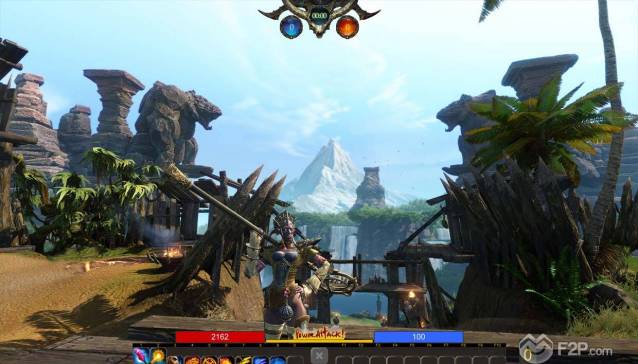 QUESTION: Why did you choose this kind of gameplay style over the more popular classic MOBA style, with towers and minions?

Answer: We like fast-paced action, getting in there, swords out and hell blazing for the adrenaline rush, and the thrill of strategic victory. So we decided to create a game which throws people right into the action. In Panzar, the player has full control over his character, his actions and the result. We like to think the player (and the team) can call the shots rather than the game. MOBA and MOBA-style are very general terms which can be applied to a lot of games out there, but our aim is to challenge preconceived ideas and bring online gaming to another level.

QUESTION: There will ever be a PvE or PvPvE mode in Panzar?

Answer: Yes there will, in fact we are actually developing PvE mode at the moment.

QUESTION: What can you tell us about the character progression and customization systems in the game?

Answer: Customisation is an ongoing process. Our system is aimed to give players the chance to mold their character into their own unique battle entity. In this sense, our system doesn't focus entirely on the customization of the character's body but more on what the character wears, the armor styling and colour. Panzar is about all about the battle, and that's where we play to our strengths. We did think about developing optimised customization features for the body but as most of these elements are not immediately visible in battle, we chose to give our players the chance to build their own fierce battle-ready warrior, one whose appearance and skill can leave its mark on a page of the game's history. 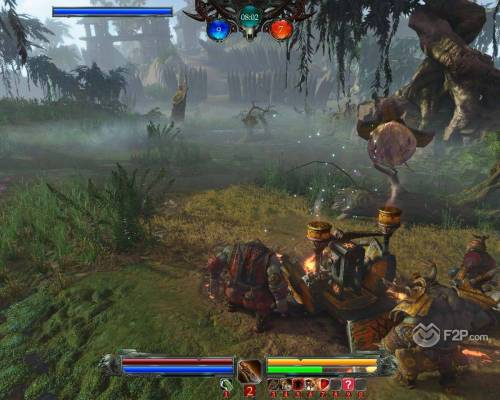 QUESTION: Do you think that a new player has a chance to win against a player with a fully developed and fully geared character? Are things balanced in this regard?

Answer: At the moment there are twenty levels in Panzar, but the level cap is soon going to be raised to 30. Everyone has to start somewhere, so we divide the battles by level rank to give gamers the chance to develop their skills. When you start, it is tough, but that's where the motivation lies: in the player's desire to vanquish and gain glory, not only in winning but also in the community.
We also put a lot of work into how the game would balance different aspects of a character's profile. Level, armor, player skill, upgrades and all things that can be worn by the character – all this data is grouped into one value the “Battle Value” which is used to balance teams and battles.

QUESTION: How often are you going to release regular content updates?

Answer: It really depends on the difficulty of the content. When it's possible, we aim for every 2 to 3 months.

QUESTION: Can you tell us something about the eSport elements of Panzar, if there are any? There are, or there will be, tournaments, competitions, etc. ?

Answer: Panzar is deeply rooted in the eSport mentality but right now, we want to provide an experience for all different types of players, from the casual gamer to the professional. In the studio, we believe in the “work hard, go pro” system. Everyone can play, but how good you become will depend on how much time and energy you are willing invest in the game.
As for tournaments, we have our own tournament system, with a wide range of winnings for the players. At the moment, we are working on the launch of the 'Close Shave Contest', where gamers can battle it out to win Razer gear. The tournaments are regular but there is a lot more going on, the best way is to check out our website which has all the latest competitions. 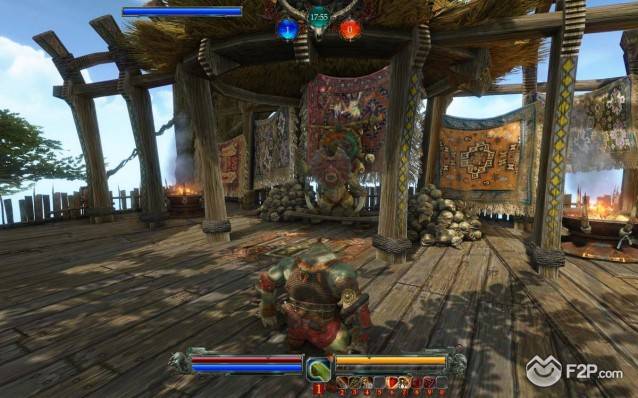 QUESTION: How are you going to expand the game? New characters, maps, game modes... ?

Answer: There are a lot of things on the cards, and a lot of things going on in the studio. We like to keep a tight lid on our plans, keep the people wondering: “what will Panzar do next?” Game development is like battle, it's all about strategy. What we can tell you is that we are throwing around the idea of a quest system. That on top of new maps, new mechanics, new and improved systems.

QUESTION: Can you give us a taste of something big or cool coming to the game in the near future? What can we expect from Panzar?

Answer: We've a great deal of exciting and fun things planned for the future - but we're keeping them secret....for now!

Answer: Thanks for this interview and thanks to everyone for joining in Panzar! See you in battle!