Infernum Productions unveils their latest title, Hazard Ops, a free to play brutal third person action shooter with co-op missions and competitive modes to be published in Europe during the third quarter of 2014, initially in English, German and French language versions.

You will probably recognize the game, since we recently published an article about the North America version. Hazard Ops will be operated in North America by En Masse Entertainment under the name "Zombies Monsters Robots".

Infernum CEO Andreas Weidenhaupt looks forward to the partnership, commenting: “As soon as I heard about this title, I knew: This much insane gaming fun and hard-core action just has to find its way to Europe! We are proud that Yingpei Games have entrusted us with their product, and we are confident that Hazard Ops will become a success story. And I’m already looking forward to the day when the first players experience their very own “WTF?!” moments.“ 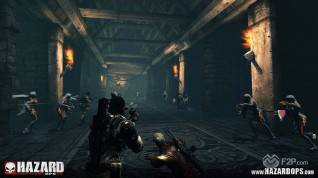 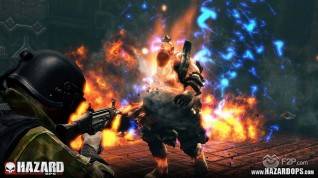 Check out the announcement trailer if you want to feel how brutal this shooter will be!