Gamigo is celebrating 10 years in the business. To celebrate it, a variety of events and special offers will be hosted in the coming weeks. 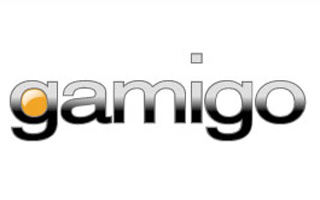 The last ten years have been quite the success story for gamigo. In May of 2001 the foundation of gamigo as an online publisher was laid with the release of "Die 4. Offenbarung", the first MMORPG to be localized for the German market. Today the company employs more than 100 staff members in its headquarters in Hamburg and branch office in New York City. Over the course of the past years, gamigo has shifted from being solely a licensee of online games to also producing its own games, reviving classic brands and bringing in innovative concepts.

Rainer Markussen and Patrick Streppel, Executive Board Members at Gamigo, agree: "Gamigo was one of the trailblazers in the German online games market. By planning our product strategy for the future, the company has been able to continually increase its revenue by double percentage figures in the past years. We believe we'll see similar growth in the future as well. By continuing to become more international, focusing on known brands and continually improving the quality of our products, we believe the company will be well-positioned to face the competition."

Fiesta Online is free-to-play 3D MMORPG with more than 2 Million players worldwide. The game is now available for European players in German, English and soon French and Spanish.

Golfstar is the next generation online golf game. Enjoy tournaments with up to 30 players at the same time, get the coolest clothes and meet your friends on the market place to discuss your tactics for the next round. Scale your stat and skill points to hit the perfect shot.


Cultures Online is a free to play browser-based MMORPG in which you can join many other Vikings in conquest and exploration. The journey of your hero starts in his small village in the far north, on an island near Iceland. You decide as a player if you want to recruit more heroes as quickly as possible to your service, putting the citizens to work and improving your village, or maybe you just want to hop in the boat and go explore the northern reaches in search of adventure.

King of Kings 3 is a free-to-play 3D online role-playing game (MMORPG) which is built around battle between players. There are plenty of ways to engage in PvP  be it in duels, open PvP, strategic attacks on other kingdoms or epic battles in which entire realms battle against each other.

Martial Empires is a free to play mmorpg with action-packed battles. Martial Empires offers dazzling 3D graphics and masterfully animated combat that will make the hearts of all martial arts enthusiasts beat a few beats faster.

War of Angels is a free-to-play 3D online, MMO fantasy role-playing game where you can fight not just on land but also underwater and also in the air. Join up with other players to explore massive dungeons, become leader of your own guild and conquer the guild city.

Level R is a free to play racing game which combines an action-packed multiplayer racing game with the best of the RPG world. 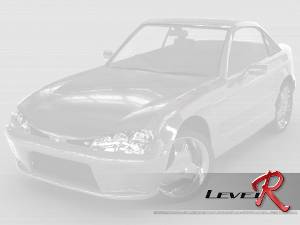 Heroes in the Sky

Heroes in the Sky is an intense airborne MMOTPS (Massively Multiplayer Online Third person Shooter) that combines high impact PVE and fast paced PVP as it chronicles the events from the beginning to the end of World War II.

Dungeon Empires is a next-gen free-to-play 3D browser game that presents a unique mix of tactical role-playing game and dungeon editor. Prove your skill as a dungeon builder and create your own lair full of monsters and other dangers.

The Witcher: Versus is an entirely free-to-play Flash-based multiplayer browser game which takes place in the universe of The Witcher without being bound to the original computer game. You begin the game in Kaer Morhen, where you must first choose if you want to begin the game as a Witcher Frightener or Sorceress.