Ho-Ho-Hello from Gameforge! Santa is too close now and we offer a nice events for celebrate the Christmas with Gameforge games and F2P.com, especially for players of AION, NosTale, Metin2, Ogame, Runes of Magic, Trigon: Space Story, 4Story and I See Red!

Gameforge, leading Western publisher of popular multiplayer online games, is kicking off the festive season with some awesome holiday-themed events, updates, and announcements across their range of titles! Not only that, but Gameforge has something to celebrate internally, as Santa paid an early visit to the Gameforge staff at the end of last month!

Without further ado, let’s tear off the wrapping paper and see what’s inside!

It’s been a huge year of celebrations, and NosTale was no exception, achieving a huge milestone with its 15th anniversary! To mark this awesome achievement, FOUR BRAND-NEW SPECIALISTS were welcomed into the fight:

• Dragon Knight (Swordsman): The Dragon Knight’s attacks grant you the “Polished Lance” buff. The more players collect, the stronger their buffs and skills will become—keep up the pressure and be rewarded!
• Blaster (Archer): Is it getting hot in here? Players can build up the Heating Gauge by using skills and gain strong bonus effects!
• Gravity (Mage): Master the fundamental forces of the universe with the power of Gravitation and Anti-Gravitation! Be warned, however, if one goes up, the other goes down, but get things just right and players can get unique powerful buffs to their skills.
• Hydraulic Fist (Martial Artist): Players can charge up this specialist’s robot arms with magic fuel granting all skills unique effects.

And there will be a thrilling new Winter Raid against Maru the Millennial Tiger! Additionally, players can look forward to Daily Quests, Event Quests, a Magic Sleigh with Red-nosed Reindeer, and an appearance from a certain rotund gentleman dressed in red who might just have some special gifts for NosTalians!

Stay tuned to the community page for information on the next livestream Twitch, where the NosTale team will discuss new updates and some great giveaways or here on F2P.com

NosTale is a free-to-play anime action MMORPG that takes you on an exciting journey through a world full of mystery with your friends. More than 30 specialist classes, tons of loyal pets, and thrilling raids provide plenty of excitement and variety in the action-packed PvP and PvE gameplay. 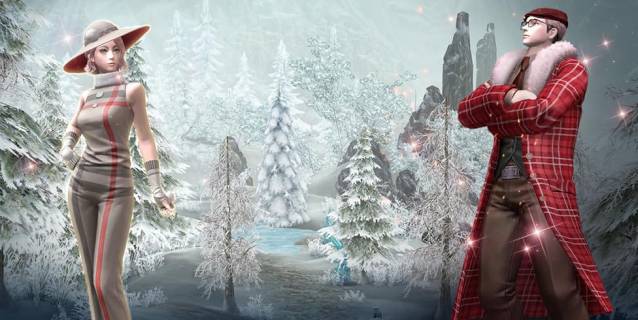 AION players got an early present last month, with the announcement that AION Classic will be heading to PC for European players early next year. They’ll take a trip back to the game’s foundations and experience the war between the Elyos and Asmodians all over again, while of course dealing with the ever-present threat of the Balaur lurking at the threshold to the Abyss Gate.

To keep everyone happy and jolly during the holidays, AION will be hosting a special Christmas Winter Park event that kicks off on December 7th. Enjoy various activities there, from racing down a slope, defeating a raid boss, collecting ice sculptures, and more. Additionally, the Shugos prepared some surprises for the Daevas: the main cities of Sanctum and Pandaemonium are decorated for the Christmas season. Visiting them will grant the Daevas a small present. Finally, in Gelkmaros and Inggison, all monsters will have the chance to drop rare and valuable items.

Keep an eye on the AION Website for even more events planned for December.

AION is a visually stunning, free-to-play MMORPG where you ascend to divinity and fight in a decades-long war between two rival factions. Wielding divine powers and the capability for true flight, you must bring salvation to your people and restore balance to the vast and beautiful world of Atreia, now shattered by the Cataclysm. For more information, follow the game on Twitter and “Like” it on Facebook. 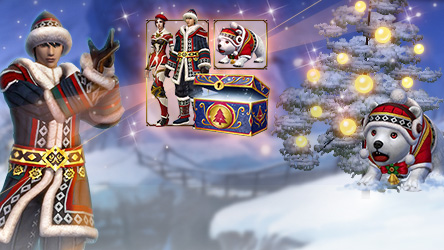 New temporary winter servers have been launched, with the spirit of the holidays really getting into gear starting on December 1st with the launch of the Metin2 Santa Event (until January 11th) and the Christmas Okey Event (until December 24th)! Log in daily for gifts and take part in the two events.

From December 1st until December 15th, Metin2 will also be hosting their brand-new Snowflake Event where players from level 60+ will be able to farm monsters for the Snowflake Spell buff to get extra stats or bonus experience, collect Snowflake Wands to transform enemies into snowmen, and claim a reindeer mount or pet, among other rewards!

Metin2 is a free-to-play title that takes place in the perilous world of the Dragon God, where exciting battles against dangerous creatures and legendary bosses await. Published in more than a dozen languages with thousands of players worldwide on the quest for adventure in the medieval Asia-inspired setting, Metin2 remains one of Europe’s most popular MMORPGs.

Keep up to date with the latest Metin2 news by visiting the official website and liking the game on Facebook.

2022 was a HUGE year forOGame! Gameforge’s very first game celebrated its 20th anniversary, and at long last made its way to Android and iOS devices. All the content, including the recent Lifeforms expansion, was included in the mobile launch, offering would-be galactic conquerors the full OGame experience — no matter where they are! The massive content drop included all sorts of additions, including 4 unique lifeforms, 48 new buildings, 72 new species technologies, and new resources.

New servers present the perfect opportunity for new players to join the intergalactic battle, and starting on December 16th, new servers will be launching just in time for the holidays!

“Twenty years is an incredible milestone, and OGame was Gameforge’s first title, so it will always hold a special place in our hearts,” said Martin Liedtke, Lead Product Manager of OGame. “2022 was an incredible year for the title, as we continue to release new content, updates, and of course, the mobile release. We have a lot in store for 2023 and can’t wait for our players to dive in!”.

Created by Gameforge CEO Alexander Rösner and originally released on October 3rd, 2002, OGame is one of the space-themed MMO genre’s longest-running games that, to date, has over 100 million registered players worldwide. Everything starts with the foundation of a small colony on an uninhabited planet. Harnessing the resources of this new home, players research new technologies and construct a powerful fleet to carry their authority out into the stars. Players can expand their galactic empires by colonizing planets, forging tactical alliances, or by taking on other players. Launch unprecedented expeditions of conquest, and subjugate galaxy after galaxy, on a quest to become the most powerful ruler in the universe!
To stay up to date, be sure to follow OGame on Discord, Facebook, Twitter, YouTube, or visit OGame. 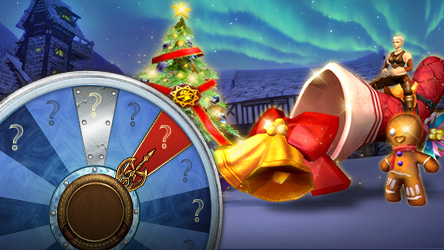 It’s winter again in Runes of Magic, and you know what that means!

“Zachariel was a Great Mage of the Eye of Wisdom from the time 400 years ago when the Eye of Wisdom was still residing on the Kolydian continent. He was well known because of his benevolent deeds. In the midst of a harsh winter, he would provide the needy with supplies… Once the people of the Eye of Wisdom had come to Candara, they decided to keep this habit in order to foster a peaceful relationship with the local people. When the season of heavy snow had come, they would — just as Zachariel had done — wear a red robe and provide the local people with supplies. This gesture helped many endure the long winters, and also built trust between the people and the Eye of Wisdom. Soon we were doing this every winter and it became a custom and was named the Snowflake Festival.”

Snow begins to fall inside the game as winter comes once again to Iberia. This year 4Story is also offering players fun events and exciting activities until January 10th, including festive seasonal quests, temporary transformations, and thematic in-game items to celebrate the holidays. During this time, enemies will also be dropping snowballs, which players can use to throw at other players in icy combat!

4Story is a diverse fantasy MMO in which you can show off your skills in exciting battles for castles and regions. Choose your side and charge into sweeping battles for important strongholds with countless numbers of other players. Plunge into a fantastic adventure with your friends and discover many quests and exciting journeys through time, all the while learning more about the land’s background story. Investigate dungeons full of secrets, defeat dangerous monsters and uncover legendary treasures. The fate of Iberia lies in your hands!
IndieForge – I See Red & Trigon: Space Story

In 2022 Gameforge took the plunge into the world of single-player games for the first time with I See Red and Trigon: Space Story. Both titles have received some cool updates lately, and of course, 2023 has a lot of exciting content in the pipeline to look forward to!

Trigon: Space Story recently obtained new languages, content, fixes, and technical updates to make the space-faring expeditions more robust and engaging than ever before! Along with new locations to explore and new enemies to fight, Trigon: Space Story received a swath of performance optimizations, including the choice of MSAA, FXAA, and TAA, improved visuals, in-game access to the encyclopedia, and much more.