Exclusive at Gamescom 2013: A look at the future of Age of Wulin

We met up with the folks over at Webzen and got to have a first look at what was coming to Age of Wulin in the near future, particularly two major additions: PvP Ranking and the Wedding System.

For the PvP, we were informed about new PvP skills that are being introduced to the game along with the new battlefields that players can either join solo or with a team, useful for guild members who want to fight alongside each other, the battles are 6 vs. 6 or 12 vs. 12. There is also a 32 player "Last Man Standing" tournament where it is free for all PvP. The battle arenas also give a battle ranking where the top five players can earn powerful weapons and a fancy title that can be displayed around the world. 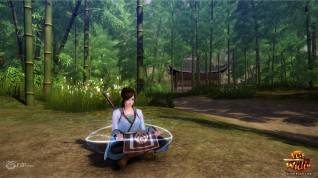 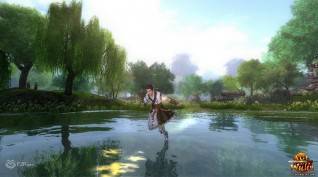 The Wedding System is a much more involved feature that is going to counter balance all the PvP focused content that is added. Starting from the beginning two players are able to declare that they wish to be married to each other in a traditional Chinese wedding, so no same sex marriages. But what if you haven't found that special someone? Well, players are able to send out an advertisement in game saying that they are free to marry, like a sort of ancient lonely hearts Match.com.

When you do have that other person then you can start planning your wedding. Player must choose a day and a time, as the event will happen within the game world and only one can happen at any time; players can then send out their invitations to friends and guildies.

One of the biggest choices is going to be how much to spend, with three packages currently available the bride may arrive on the back of a decorated ox, or carried upon a Jiān Yú, a traditional shoulder carriage that she will sit in carried through the streets by four men, or an even larger litter that has a score of people marching with it. The amount of money you spend will also determine where in the city the event will happen as a procession moves through the street, which can take up to thirty minutes. During this time the area is PvP locked so no one can attack any of the players or interfere directly with the procession, and gifts and wedding presents are scattered along the parade route for players to collect. Price wise we were told that only the most famous and rich players are ever likely to be able to afford the highest priced wedding! 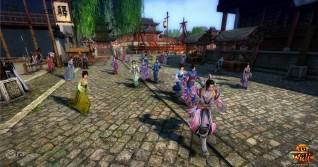 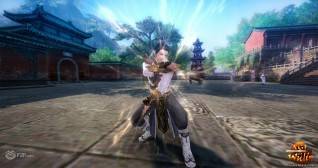 From here the players and guests attend a wedding meal, players are able to hire hooligans to try and crash the wedding, who will attack players and overturn tables, whilst the bride and groom need to hire guards to protect the ceremony. The meal will buff players whilst they attend and is a nice time to socialize with other players, but the attacking hooligans also add an interesting mini-game.

Finally the bride and groom will perform a wedding dance for their guests, and those in attendance are able vote on what dance they wish the couple to perform for a list which does include "Gangnam Style" ... seriously. This dance is a mini-event performed by the couple that will continue to buff players watching it, and can last up to an hour! Once the ceremony is finished, the couple exchange their rings and then go into a cut scene where the two start smooching on a bed. Saucy. 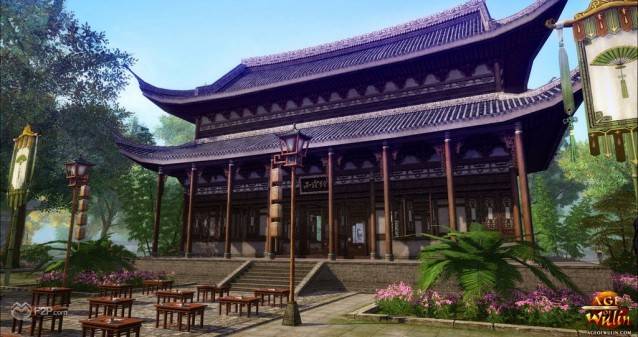 So what’s the point? Well it’s an interest feature in a game that very few other MMORPGs have bothered to implement, but there is actually a practical purpose as well. Each player can use their wedding ring to teleport instantly to their married counterpart, and when they are together they can perform special deadly combo manoeuvres!


One Comment - "Exclusive at Gamescom 2013: A look at the future of Age of Wulin"