At Gamescom, we discovered Survarium, a new post-apocalyptic MMOFPS by Vostok games that puts players in a more than probable future where human kind literally destroys the planet’s flora and fauna and only some factions remain striving to survive.

Survarium presents grim realistic science fiction with mystic elements, philosophy, ideology, conspiracy theory and intrigues where players are full-fledged participants of the story. With a huge selection of realistic weapons at the disposal, they influence the development of the game story.

The game runs on an in-house engine built by Vostok games which uses DX 11 as you can probably tell by the nice graphics the game offers. It uses multi-threading and is very scalable, nevertheless since currently it’s in Alpha it will probably be improved in several ways prior to launch.

The demo Oleg Yavorsky, PR & Marketing Director at Vostok Games, played to show us the game was a on a big map where you have a time limit after which a storm will hit the spot and wipe everything away. Therefore, players have to find items and materials to build a device that will protect your base from that storm. 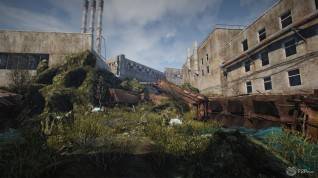 The carrier is unable to shoot so they have to be quick and careful, and also need to be protected by their teammates to savely reach the base. Others have to watch the base since enemies can steal items from it to take them to their base. The characters have gear slots where you can put items that increase your statistics and overall performance, which fits perfectly with the hit-boxes system the game offers. If you are shot in one of your arms you will have a hard time trying to aim and you won’t be able to shoot at all when both weapons are hit.

Another interesting thing to point out are the anomalies, particular areas located in the map with special conditions. For example, you could walk into a radioactive environment where you will need air supplies to survive. Running out of air, players would eventually die. However, these areas are worth getting into, since you can find special items there. The thing is you have to get in, get what you are looking for as quick as possible and get the hell out. 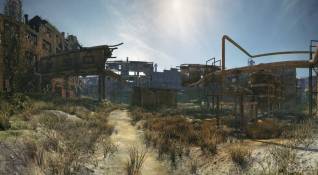 The game looks good and the idea is quite original. Vostok Games plans on releasing Survarium before 2014 in Russia with other markets to follow.