Elise, the Spider Queen has arrived to League of Legends

Riot has launched a new champion for League of Legends, the ruthless and lethal Elise, the Spider Queen.  This champion  excels at maneuvering around the map and catch unsuspecting opponents, whittling down enemies in human form before rappelling from the jungle in spider form for a skittering surprise. 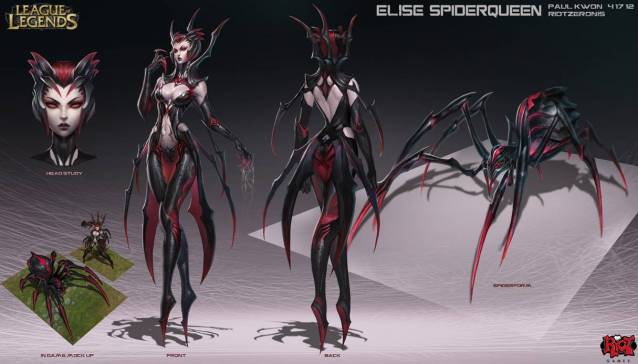