Today we publish an interesting interview with John Stuart, the producer of the upcoming fantasy browser MMORPG, Eldevin. Let's give a look at its answers!

QUESTION: First of all, thank you for giving us the possibility to interview you about Eldevin. Would you be so kind to introduce yourself to our readers?

Answer: Hi there, I'm John Stewart, Producer for Eldevin and with me I have Andrew Mulholland Company Director. We're very glad to take some time out to talk about our new web-based online game Eldevin.

QUESTION: How would you describe Eldevin to someone who has never heard of it before?

Answer: We hope Eldevin is the next big thing in your browser. Over the years we've seen the gaming potential that can be unlocked in your web browser. So what started as simple idea, of creating a interactive 3D environment in a web browser became an eight year project with a massive world crammed full of content and game features. Eldevin is a massive multiplayer online role playing game with hundreds of hours of rich story content, crafting, player versus player systems and much more.

QUESTION: Which is the story background of Eldevin?

Answer: The lore of Eldevin is something we've spent a great deal of time on and throughout the first 50 levels of the game we have some epic quests and story for the players to enjoy. When players join the world of Eldevin, it is very much a kingdom in disarray. In recent years the Kingdom of Eldevin discovered six magical spheres which, when brought together, caused disaster for the kingdom as the power of their magic could not be contained. Therefore they were each entrusted to the Champions of the Eldevin Army and taken to the far corners of the known world. Over time these orbs have corrupted the Champions, their armies and even the land itself, creating six distinct factions aligned to each sphere; Fire, Ice, Dark, Light, Blood and Nature. You begin your journey in the Nature realm, which is preparing for war with the Dark Realm, while forging an uneasy alliance with the Light Realm. However, as you can expect, some of the other realms such as the Blood realm may also be trying to gain a foothold in the struggle for power.

QUESTION: By what we’ve gotten to know so far, Eldevin is a Fantasy MMORPG. Could you tell us, what sets it apart from the rest of that genre?

Answer: What we feels sets us apart from most Fantasy MMORPGs is that we have a darker, more gritty feel. In terms of the story and world, we've tried to create an alternative universe into which the players can be absorbed. This is echoed in our slightly more mature quest writing and 'old school' visual style.

QUESTION: How big is going to be the in-game world of Eldevin?

Answer: The world is quite expansive and we've packed the game full of content and there are currently over a hundred realms for you to adventure in.

QUESTION: Is it true that the player decisions and actions will affect its future encounters and possibilities? Can you give us an example?

Answer: One of the things we opted for was a more 'RPG' feel to the quests where the players can actually feel they can participate in the story as opposed to simply clicking “accept” and following a specific linear quest path. Very early on we let you choose the origin of your character, by reliving 1 of 5 historic events. Also, occasionally you may have the choice of stealing the quest items to keep for yourself and lying about it to the 'NPC' that granted you the quest. We also let you firmly choose your main story path throughout the entire game, by choosing which faction you wish to join. At the culmination of the first release the story converges to a pivotal point, but we very much like allowing the players some freedom in which path they want to take when journeying through the game. 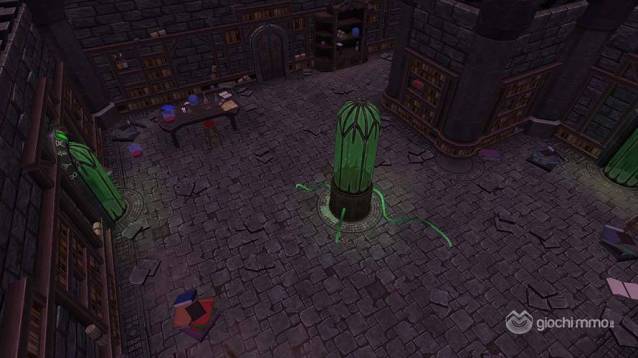 QUESTION: We know that the game does not have classes or archetypes, so how the players can choose their role within the game?

Answer: Well we've always wanted the game to feel very dynamic and flexible, so with this in mind we still created six unique talent trees, firmly based on classes, following pretty standard role playing conventions; Templar (Tank), Warrior (Melee damage), Assassin (Melee damage), Ranger (Ranged damage), Mage (Spell damage) and Prophet (Healer). However a strong aspect of Eldevin’s character developer is the fact that players are free to mix and match these talent points and attributes to build their character however they like. We felt this made the game much more fun and flexible. We also have a pool of around 40 'shared' abilities that anyone can access. 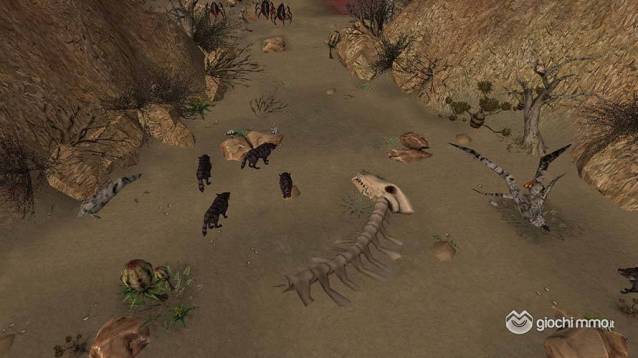 QUESTION: What about the combat system? What will it look like?

Answer: The combat system is part of the game we’ve spent a great deal of time on. Players who are familiar with other MMOs will quickly get to grips with how the combat works (simply select your target then use the hot-keys or click your abilities to activate them) whereas players new to the genre will equally find it easy to get started. Currently we have over 100 unique abilities ranging from spells which decimate enemies with shards of ice to awesome summons which will aid you in battle.

QUESTION: Can you give us some details about the PvP of the game?

Answer: We've been running closed beta for over a month now, and we've been testing our dueling arenas. However in the next wave of beta we'll be launching our 5v5 Deathmatch mode, with scoreboards and a unique PvP Battleground map. Following hot on its heels will be our Capture the Flag mode which we are finalizing internally right now. We also plan to add optional open world PvP.

Answer: The biggest social aspects of Eldevin will be player trading, crafting and grouping. We have fourteen professions - seven gathering and seven crafting – and we've seen a lot of players working together in the beta to gain mastery in specific crafting skills to trade and work together. This combined with a large amount of 'group – based' content, consisting of dungeons and mini-game modes, really makes Eldevin quite a fun game to play either solo, or with your friends. 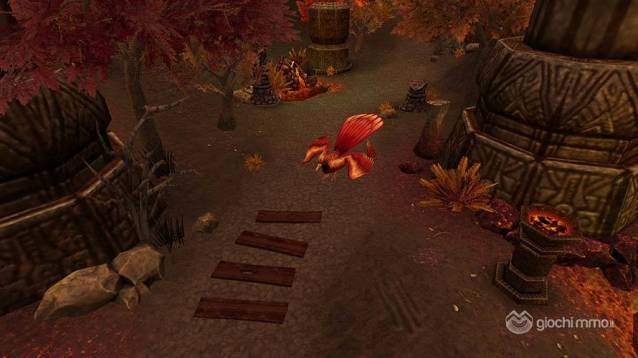 QUESTION: In what languages and regions are you planning to release Eldevin?

QUESTION: Which currency will be available in the game and how will it affect the game dynamics?

Answer: Eldevin will be 100% free to everyone - anyone is free to play the game and all the content. We'll be selling Eldevin Points, which will allow the players ways to improve their character aesthetically and gain convenience items (for example an item to summon your group members to you). We will also be offering an optional subscription which will grant players Eldevin Points every month and an increase to their xp gain. One important thing to note is that all the content will be playable without having to subscribe to the game.