Backstory and New Screenshots for Crossout

There is news about Crossout, Gaijin's new post-apocalyptic MMO, currently in development by Targem Games. The publisher of War Thunder has just revealed the backstory of the futuristic free to play title along with new screenshots, displaying the post apocalyptic setting where futuristic combat vehicles fight to survive.

Currently in alpha testing, Crossout will soon reach closed beta stage on PC. We'll know more about it at Gamescom, so stay tuned. 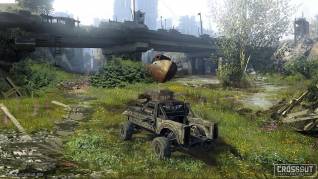 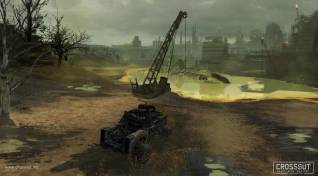 Regarding the backstory, Crossout is set in a post-apocalyptic world devastated by a viral pandemic and adverse effects of technology. In 2021 a mysterious viral epidemic swept the planet known as the Crossout epidemic, simultaneously countries and populations began to fall at an alarming rate all over the Earth. Those who did not die in the first few days, were plagued by hallucinations and headaches, many people went mad, others escaped this degenerative state and committed suicide. The source of the disease could not be detected but the cities that were once the vibrant social and economic beacons of humanity were left ravaged and deserted.

In a few days, what was once an epidemic became a pandemic. But not everything was lost. The game takes players to 20 years after the catastrophe, to a world where everything is about survival or annihilation. 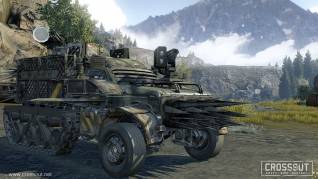 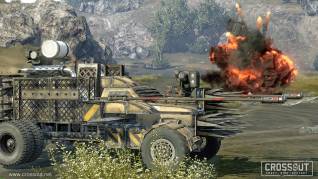 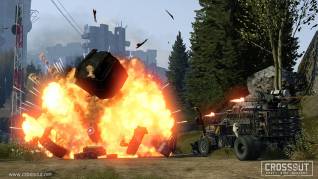 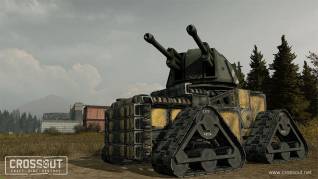 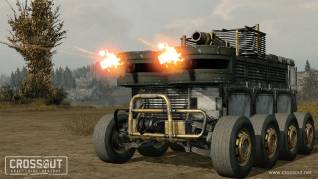 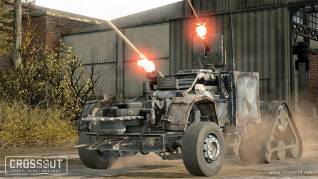