World Tour Fishing, the new fishing game from GamesCampus USA,  has just unveiled the launch date of the Open Beta. The game will officially open its server to anyone on February 27th, 2014. 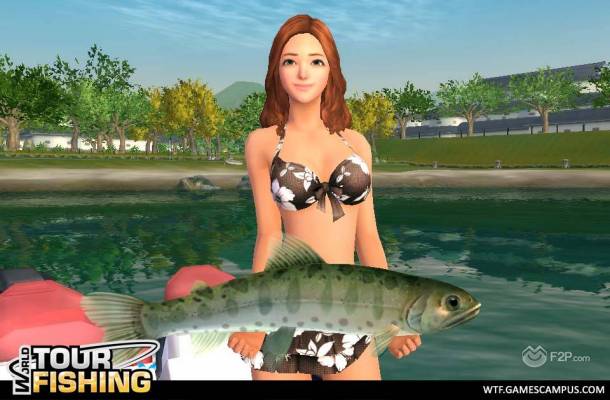 "With a unique title like World Tour Fishing, we feel confident in saying that this game is the best PC Fishing Title on the market. We can't wait to let people see for themselves on February 27th!" says Elliott Coward, Producer for World Tour Fishing. "With all the content and challenges waiting for players, we know we'll be engrained in the memory of fishers and gamers alike."

You will be able to unleash the fisherman in you and compete in daily tournaments through 20 fishing locations across 2 countries and 25 levels. You will have the chance to earn titles, rewards, ranks and achievements, unlocking new mechanics as you progress and catch the most difficult and rare fishes. There is also the possibility to display the best fishes you capured in an expanded Aquarium feature.