World of Tanks has been around for 3 years now, and Wargaming threw a big press event in Paris where we were invited. Here we got the chance to put our hands on the new 9.0 patch of the PC version, on World of Tanks (WoT) Blitz, which is the tablet version and on WoT Xbox 360 edition, yeah you are right, the Xbox 360 version. 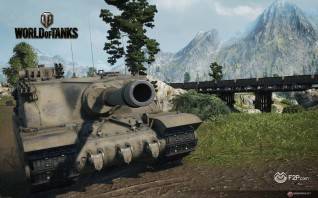 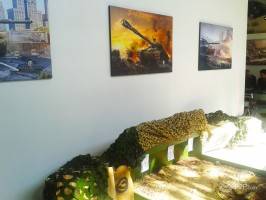 The event was packed with the stuff we’re used to seeing at Wargaming events, tanks everywhere, real war machines, cosplay girls, and several stations to play the different versions of World of Tanks, there were even RC tanks in a sandbox capable of shooting at targets, yeah that’s right, but you better check the pictures so you get the whole picture.

First we went straight to the PC version to play the new patch which is coming up, it sets the grounds for all the groundbreaking changes that the game will see throughout this year, like the Havoc engine with all the new physics and other graphic improvements, currently a work in progress.

New features and changes will come up with the new patch, including tanks balancing all across the board, maps overhauling ―some of them drastically changed and others with minor changes―, a new game mode, the highly anticipated historical battle and 10 HD tank models replacing the old ones. There are also improved shaders on all tanks so they look good when standing next to the new HD models, new tanks, several graphic improvements, remastered soundtrack, changes in the interface and much more. 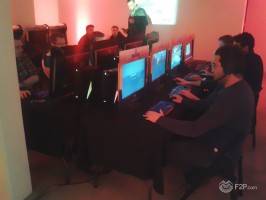 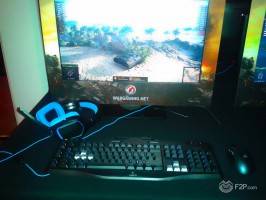 The most drastic changes that will take the game to the next level graphics-wise are still being worked on, as it takes a lot of time and testing to achieve their final goal, which is deliver a much more realistic game. This includes destructible assets across the whole map. It’s a tough undertaking but they’re confident they will be able to make it, and we’re looking forward to play it.

Our personal experience when playing was very satisfactory, the gameplay is the same as it is right now, but with the enhanced graphics and changes it’s definitely a better and a more balanced experience.

So that’s all about the PC version. Then we moved to the tablet version, which is called World of Tanks Blitz, currently undergoing the last minute fixes and tweakings after the closed beta before releasing it on iTunes; a Google Play version is planned for the future but iPad is the first target for now.

The game runs smoothly and the controls are intuitive and at hand when needed, they really worked hard on the user interface and controls’ responsiveness. They kept the basics of the user interface in and out of the battle and displayed it in the most effective and intuitive way for touch screens, so you won’t miss features, but you will notice a huge change the first time you play it, furthermore, they even added the ability to move all UI elements to whatever you see fit, which is an amazing feature by itself.

The graphics are good enough for a tablet, you can’t compare them to the PC version of course, but it has cool graphics. The first version comes with some tanks and maps but they are not the same as the PC version, since pretty much everything has been reworked to fit the tablets gameplay and capabilities, even the time limit per battle along with several other numbers has been changed to match the more casual tablet players. 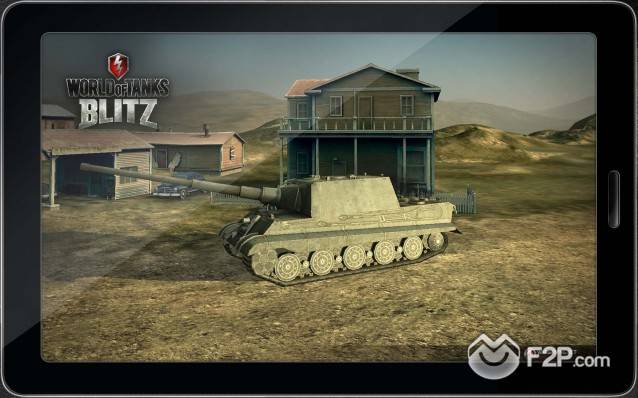 About World of Tanks Xbox 360 edition, it has a feeling closer to the PC version, with less tanks and maps for now, but they constantly push new content to the live servers so it’s only a matter of time until it catches up with the PC version. The attraction of this title is the possibility to play it for free if you have Xbox LIVE gold, from your couch with a gamepad. We got to play this one as well, but we have to say that being PC players, the controls felt strange like the ones on the tablet version, but after a couple of battles you get used to it. Wargaming really focused on gameplay and controls making a pretty impressive title.

So to sum it all up, World of Tanks is rolling hard with all the new versions on different platforms coming out. We really recommend you to give it a try, and if you like war games you won’t be disappointed.