What a The Last of Us MMO Would Be Like

Here we are again with a new article for our “Imagining MMOs” series, where we have a little fun imagining how a certain hypothetical MMO could be, virtually designing features, graphics, gameplay and everything. After a Pokémon MMO and a Harry Potter MMO game we want to explore the MMO possibilities of another extremely appreciated franchise: The Last Of Us, the story-driven, award winning, survival-adventure-horror game developed by Naughty Dog and published by Sony for PS3 and PS4.

Chances are you have already played TLOU, however, in case you missed it, the game let you witness the fall of civilization caused by a devastating infection from a mutated strain of the Cordyceps fungus, that turns humans into zombie-like creatures. In the single player game, players wear the shoes of Joel, a common smuggler that tries to arrive to the end of the day. He will find himself involved with usual videogames’ stuff such as saving the world by escorting a little girl through any kind of danger, like deadly mutated creatures, human hunters, cannibals, you know the drill. What made the game so epic was the unforgettable story and characters, constant sense of danger, beautiful environments and atmosphere and the general post-apocalyptic feeling where you need to be cautious and scavenge for anything that could be useful. 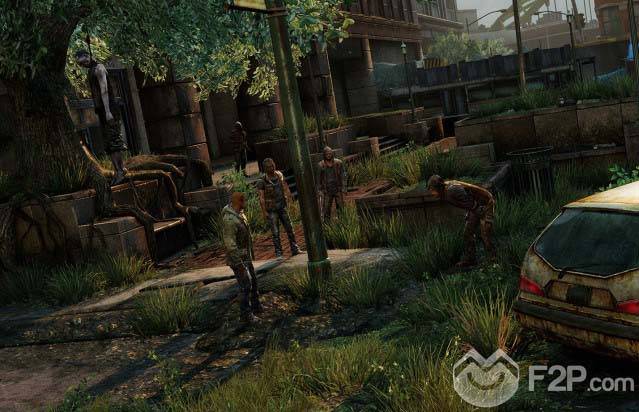 So we are actually surprised that with all the survival – often zombie-themed- MMO games that are being developed these days, there is no one producing a TLOU MMO. Well, that’s why we’re here. We got this.

Let’s start by saying that, to be true to the single player game, we’d design our TLOU MMO as a MMOTPS. The game already had a very nice third person view with a fun action/shooting gameplay and if it works why change it? The key to making our game successful would obviously be to capture the amazing constant feel of danger, the stealth factor and the need to survive at any cost, and then improve it to make it suitable to a multi-player game.

The game’s main structure we were thinking of is something slightly different compared to what you usually see in survival MMOs such as DayZ or H1Z1, just to highlight some popular titles, where players are thrown into a huge, seamless open world and left to themselves. However, although whilst surely being fun, in our opinion the possibility of seeing swarms of players running around could ruin the atmosphere of our game and we’d prefer to follow something that, in certain ways, is similar to what you could have experienced playing Destiny.

The game would have 3 different playable factions, chosen from the ones already seen in the original game: Fireflies (rebels that still have hope for the future of mankind), the United States Armed Forces (military force controlled by the last remnants of the US government, that aim to prevent further infection), and Hunters (evil humans that don’t hesitate to kill anyone that enter their territory in order to get their stuff). Players will be able to choose their faction after a quick general tutorial that would also work as an intro for the game’s storyline. At this point players would be taken to a social hub/city controlled by the chosen faction; a safe zone with stores, NPCs, other players and useful services. From here players can take on story related or objective based missions from NPCs and jump into one of the huge available explorable areas, or just head outside on the hunt for food, water and equipment without any mission, spawning in a random point where there are currently no nearby enemy players at that moment. Before leaving players can even form a group or decide to adventure alone.

The reason behind this is that we wouldn’t let more than 5 players of the same faction be in the same area. Just imagine this: you are with a friend on the outside, looking for food and maybe for a bigger backpack. You think you two are alone, as humans rarely dare to walk these lands, when you hear a noise. Almost sure that it’s a clicker or a bloater you take a peek, only to find out that it is an enemy player scavenging for useful items. You know they’re almost surely alone and they could be easy prey, but what if he has company? Will you take the risk and jump on him or just sneak away? Cool, isn’t it? And on the other hand, imagine running away from a chaser and to find a player from your faction that will help you out of the blue. The thing is, with more than 5 players from the same faction per area (so a cap of 15 players if you consider the three factions), you take the risk of losing the atmosphere and see some nasty zerg tactics. Limiting the available players of the same faction to 5 per area you ensure a nice atmosphere where AI controlled mutants still matter and ensure fair PvP fights (the unluckiest chance ever is that you are alone and are targeted by a full organized group of 5 enemies, but still it’s not impossible to make them lose your tracks in a building or in a devastated urban environment full of places to hide). 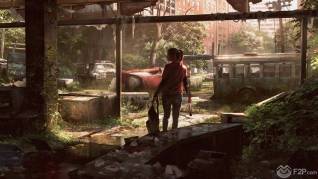 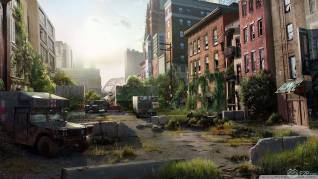 Player's goal – besides staying alive by finding water and food – would be to follow the ever expanding storyline (DLC, anyone?) through instanced story-based missions (where there aren’t enemy players), scavenge items to craft your weapons, armor and gear, and defend themselves from enemy players’ attacks during regular missions and exploration. Sure, there could even be PvE only servers, but where is the fun and the thrill then?

Speaking about character customization and progression, we were thinking to ditch the class and level-based progression and go for a classless skill-based one which is a mix between the ones seen in the Elder Scrolls games and Ultima Online, with skills that improve the more you use them, a skill points total limit and achievable soft caps that will help you to level what you’d prefer. In our opinion this kind of system, besides being more suited to a game like this in general, will help with immersion and will let you shape your character following your playstyle in a more natural way. Are you a player that prefers to sneak around and avoid combat, quick to scavenge and to hide in order to retreat safely? Just play like that and you will develop those skills. Are you more brawl oriented? Punch your enemies and gradually become a real UFC fighter.

Graphics wise, while the original game was already good for a PS3 game, we don’t have money or technology limits being this just a fun fictitious game, so let’s go for state-of the art graphics but sticking to the original style and visual impact, that was already gorgeous, only improving the technical side.

So, what do you think of our The Last of Us MMO Game?? Would you play it? Do you have any suggestions? Don’t hesitate to let us know your thoughts and your ideas leaving a comment here or on our social media pages!