Nexon Europe has just announced a new content update for the online football management simulator, United Eleven. The Club Creation feature has been completely re-vamped. Now, when building a squad from scratch, greater levels of control can now be achieved.

“It’s important for a manager to be able to measure their success against that of others, just as it’s important for those just starting out to be afforded the best choices possible,” said Paul Lee, Product Manager at Nexon Europe. “With the latest content update, the more experienced managers will be able to see how they fare compared to other managers, while those newer to the game, or those that just want to start a new squad, will have the opportunity to build a strong team from the off. Let the competition commence!” 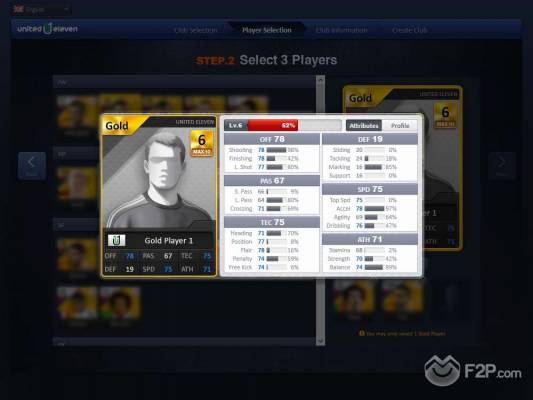 Budding managers can choose three players from their favourite clubs to be part of their starting squad, including one pre-existing gold-rated superstar. The rest of the squad will be padded out with the best players from across the European leagues.

To celebrate the content update, the game will host a special event, “Promotion Push”, whereby managers can obtain some valuable in-game items (such as Premium Players, Training Cards, and even a guaranteed Gold Player) by achieving promotion through the divisions. The event will run weekly from 12th November to 9th December 2014.

If you wish to know more about United Eleven, click on the "Info" button below.