Take the Road with Truck Nation

Travian Games has just unveiled a new title, Truck Nation, coming next year. The company will publish its second transport-strategy multi-platform game on Spring 2015, developed simultaneously and with equal functionality for browser, Android and iOS.

Lead Designer Gerald Köhler:"In a unique way, Truck Nation combines the challenges of a transport game with an extremely thrilling strategy element, while also not leaving out more questionable aspects of the trade."

The game that revolves around building up a trucking company, the completion of shipping orders and gaining control of as big a part of the game world as possible. It will be played on realistic maps, meaning the player will drive on motorways they are familiar with and also face police checkpoints and realistic traffic jam hot spots. The aim of the game is victory over the powerful and soulless trucking company "The Corporation", which mercilessly exploits its drivers. 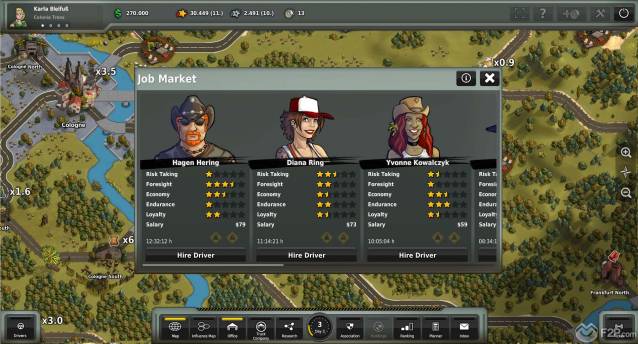