Aeria Games has released a huge new content update for their fantasy MMORPF Shaiya that brings the long-awaited Episode Seven to the game as well as a host of new enemies, features, and zones.

The world of Shaiya experiences the launch of a great assault by mysterious, iron-clad invaders to which the recent skirmishes only a precursor. Adventurers from both the Alliance of Light and Union of Fury will discover that the robotic Tyros have completely occupied and changed the zone known as Stable Erde. Sub-sections of Stable Erde now serve as battlegrounds only accessible to players in their respective level ranges, and the zone is now crawling with dangerous mechanical monsters led by four menacing new world bosses. 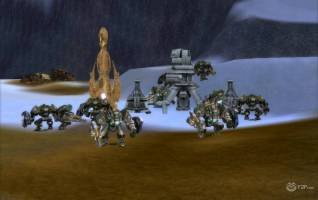 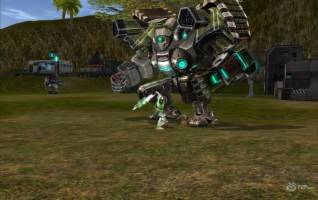 The Infinite Sanctuary, a brand-new dungeon, has opened its gates to parties brave enough to take on numerous challenges. It offers five levels split into ten stages each, in which players are given varying goals such as killing all enemies, surviving for a specified period of time, and destroying target objectives.

For being successful, players will be rewarded, amongst others, with powerful level 80 weapons introduced to Shaiya for the first time. Alongside these coveted rewards comes the new Chaotic Square crafting system, allowing players to synthesize all kinds of useful items such as weapons, armor, EXP stones, and more. And the newly implemented color dye system gives players the opportunity to customize the appearance of their new found gear.