The game now includes a trait builder that allows players to personalize and strengthen individual heroes. Heroes are also now set as either attackers or defenders, making it clearer within the team. Heroes now gain experience during battles, which allows them to rise to a maximum level of 8 within a match, opening up a variety of additional enhancements, buffs and skills to choose from. 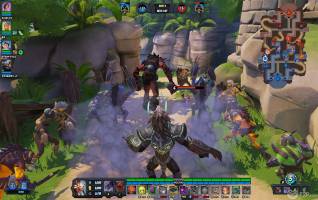 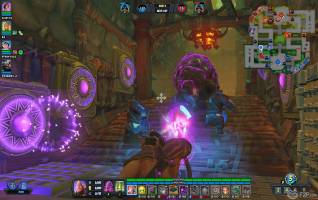 As before, players select various minion cards in the Deck Builder to then send them towards the enemy's base. However, from now on, teams can choose which war camp to release their hordes from. And over the course of a match an additional slot now opens in the camp, where a powerful boss can be selected from a choice of trolls, ogres and other monsters.

A lot of the improved hero skills are now accompanied by a short animation. This allows for both sides to better react to enemy attacks – dodge or counter.

The new map is Unchained Fortress, a circular-formed map with secret paths and passages where players are taken to the home of the namesake orcs. 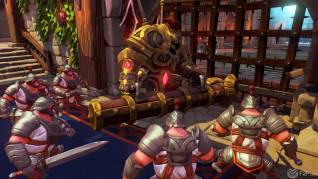 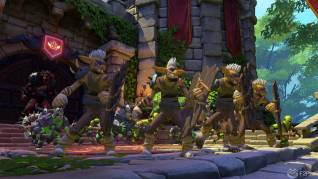