First of all, thank you for giving us the possibility to interview you about Nosgoth. Would you be so kind to introduce yourself to our readers?

I’m Bill Beacham, I’m the Design Director for the publishing team at Square Enix headquarters in London. I work closely with Corey Davis, my opposite number at the developers Psyonix, to make sure they have the support and freedom to make the best possible game. 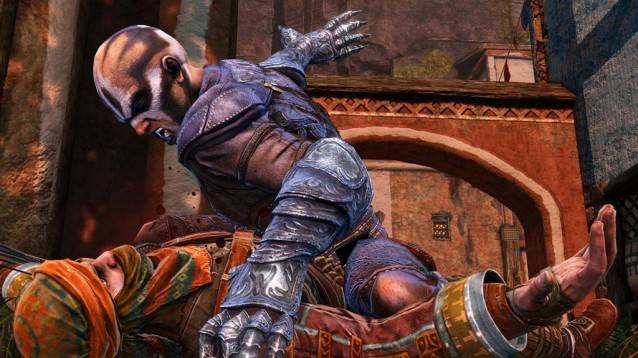 How would you describe Nosgoth to someone who has never heard of it before?

Nosgoth is a competitive, team-based Human versus Vampire free-to-play multiplayer experience set in the brutal fantasy world of the Legacy of Kain series.

What makes Nosgoth to stand out in its genre? Why should a player choose to play Nosgoth over any other free-to-play arena PvP game?

We really feel that Nosgoth gives you a very different experience to anything else that’s out there. The vast majority of PvP games give you a choice between two sides that – cosmetic differences apart – give you much the same experience regardless of which you pick. We love those games, but we wanted to give you something different. Playing as a Human in Nosgoth is completely different from playing as a Vampire. You can go from playing a sniper using a compound bow and throwing daggers, to an agile melee killer who can scale any wall and leap huge distances. There’s a combination of twitch-based gameplay from regular shooters or melee-action games and the ability-driven tactical play of a MOBA, which means that just being fast isn’t enough – you need to be smart to win. Plus, the match design requires you to play both sides in turn, so you need to master two different styles of gameplay to come out on top. It’s this combination of instantly accessible brutal fun, plus the depth that different loadouts of gear and abilities gives you, that really makes Nosgoth stand out. 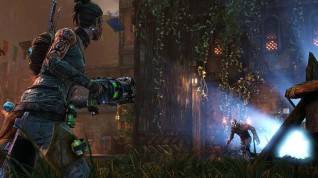 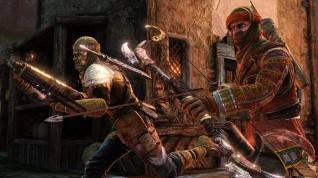 How is Nosgoth connected with the Legacy of Kain universe? Can we expect to see familiar faces or places?

There’s already a lot of direct links to the lore of the franchise – the Vampire classes are all based on the existing Clans, for instance, while all our initial maps are locations that have been seen on earlier maps of the world. We have a lot of conversations about how to ensure that all the content we’re building here is based on the foundations that the previous games have given us: from the geography and history to the technology and sorcery, everything gets scrutinized by us and by some awesomely helpful members of the fan community. Given the setting and the nature of the game however, there are some things that just wouldn’t make sense to try and put in, even if they might sound awesome on paper – the most famous characters have a level of power that wouldn’t really fit into a competitive PvP game, for example. Likewise there are locations that simply wouldn’t be suitable as battlegrounds – the heart of Kain’s empire where the Pillars of Nosgoth can be found would be beyond the reach of the Human armies. That said, we do definitely have plans to show some other familiar sights in the future, so keep watching for new updates.

Is there a background story behind the game? Can you tell us something about it?

Nosgoth is set in the almost millennium-long period between Raziel’s supposed execution at the hands of Kain and his other five Lieutenants, those who had formed Kain’s Vampire Council, each the head of their own Clan. Then, not long (at least, in vampire terms) after Kain cast Raziel into the Abyss, Kain disappeared into the time-stream in search of a way to restore Nosgoth to the world it was before the collapse of the Pillars (in terms of series chronology, Kain doesn’t reappear in this era until soon after Raziel’s re-emergence from the Abyss as a wraith and the Empire has fallen into in a state of disarray, as seen in Legacy of Kain: Soul Reaver).

Kain leaves the land and his court in the hands of his Lieutenants, who without the iron-grip of their Emperor, were soon riven by jealousy and conflicts, ultimately leading first to in-fighting and then to all-out civil war between the Clans. With the vampires focused on their internal squabbles, Nosgoth’s human population seize the chance to grow stronger. Cities are rebuilt, skills relearned and Humanity’s power recovers to the point where they can launch a devastating attack on their Vampire masters. This attack reunites the warring Vampire Clans in the face of a common enemy.

Now, each race is pitted against the other in a war to control the land of Nosgoth and for the very survival of each race – which is precisely when Nosgoth’s gameplay occurs.

Is the game going to feature a campaign mode or some kind of co-op PvE mode?

We’re looking at all sorts of possibilities for future development, yes. We want to be able to offer compelling gameplay to as wide an audience as possible after all. We’ve experimented with some very different gameplay modes and mechanics in the past, and will do so again, but right now the focus is on getting the core competitive PvP experience right and building new content to expand on this. 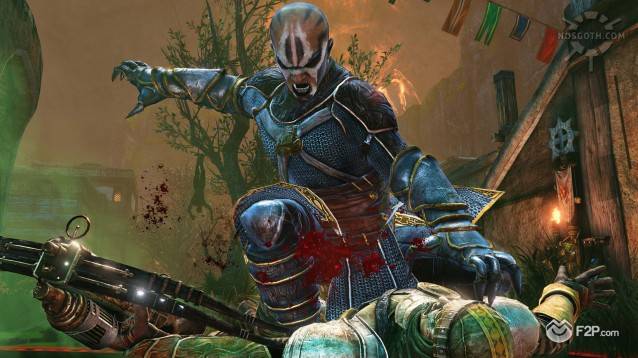 Can you tell us something more about the two factions and their gameplay styles?

As a race, the Vampires want to subjugate Humanity and put them in their rightful place as slaves and food – killing those foolish enough to dare rebel will crush any foolish dreams of freedom the others may have.

For players the Vampires are all about speed, mobility, and up-close melee combat. They have an unprecedented freedom of movement and really need to take advantage of this to get close to their enemies, isolate them, and take them down. You need to read the level, use cover and really plan your strikes. Vampires are tough, but going up against a well-coordinated team of Humans by yourself is going to get you killed, so working to take advantage of the unique abilities of each of the classes is essential. Some players specialize in hit-and-run tactics, some in more brutal assaults, and each of the classes has its own areas of specialization. Ultimately they’re all about getting into melee range and ripping your enemy apart before drinking their blood.

The Humans are fighting a war of survival, and that means wiping out every last Vampire in Nosgoth – for them it’s a matter of extermination being the only way to ensure their future.

Playing as a Human is all about picking the right tools for your playstyle and situation – are you a damage-dealer or a support class - and working with your team to stay alive. Ranged weapons let you engage the Vampires before they get into striking distance, abilities provide ways to guard your flanks, pin down your enemies, or even make a quick escape if it all goes wrong. Some classes are extreme-range specialists; others prefer to let their target get closer before blowing them apart or setting them on fire.

Tell us something about the available game modes and maps.

We have one game mode available to the players right now – team deathmatch – and another about to go live. We wanted to get the basic gameplay loop down, the asymmetrical combat and movement, before adding levels of complexity with advanced rule sets.

The maps right now are based on Human settlements, from isolated mountain villages to coastal fortresses and the besieged outer fortifications of great cities. Each one has its own history and identity, and offers different gameplay strategies as well as some beautifully atmospheric backdrops to the action. The team are also hard at work on a completely different location for our next map, which is looking really spectacular already and we’re sure will prove really popular with fans.

There is some kind of character progression? Can we customize, enhance and upgrade our heroes and weapons?

Yes. You can already level up your characters as well as your overall player rank, and we’re working on a number of character progression mechanics right now that will give you rewards of various kinds as you gain in experience. It’s important that these new unlocks don’t affect game balance though – we want to keep this down to player skill – so the upgrades are either about customizing how your characters appear, or becoming increasingly specialized in a certain area of expertise. If I want to make the ultimate sniper – all about hitting power at the expense of durability – then there will be a range of options, from picking the right bow to tweaking my abilities and performance. We’ve got lots of plans, and will be rolling out this content over the next few months.

Will there be a cash-shop in the game? If yes, what can we expect to find inside? Powerful weapons and armors or mainly cosmetic stuff such as skins and costumes?

There is a store, yes, and it will support real-world currency as well as in the in-game currency. There’s a range of content, from weapons and abilities to cosmetic skins, new character classes, boosters and other consumable items, but it’s important for game balance and long-term player enjoyment that this doesn’t become a pay-to-win experience. Equally important for us is that as much as possible of this content is available to players whether they want to pay or simply spend time to unlock it. We want players to be having fun and choosing how to access this content rather than forcing them into spending money. 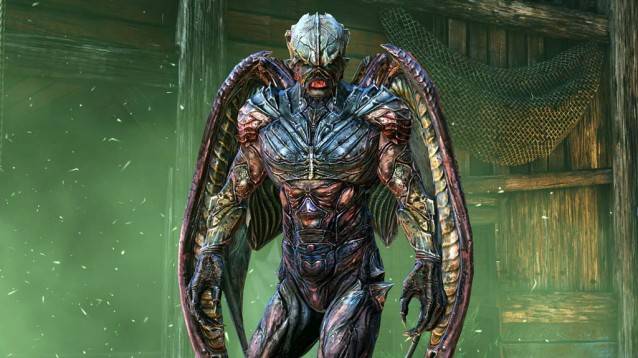 Do you already have plans for after the launch, regarding how to expand the game to keep players interested? For example by releasing new classes, maps, game modes, weapons...?

We have an extremely long list of content planned for post-launch, and it gets longer every day if feels like. Everything you mention we have already in progress, some of which we’ve already talked about on the blog, and then there’s a lot of extra functionality and systems being developed to help add to the long-term player experience, from leaderboards and challenges to the e-sports world, where we think Nosgoth can offer a really fresh and fun experience.

When is the closed beta going to begin, and when do you expect to launch the game?

Only that we’re really proud of the game that Psyonix have made, and from talking with our players we know how much fun it is. We see this as just the start for Nosgoth, and we can’t wait to show you what is coming next.