Grand Chase, the SG Interactive's side-scrolling action MMORPG, just received a major update which add to the game a lot of new contents like a new level cap of 85, new dungeons and a brand new hybrid character: Lime.

“We’re happy to be able to offer out 17th playable character, Lime, hand-in-hand with the two new dungeons,” said Sunny Kim, producer of Grand Chase for SG Interactive. “Lime is another hybrid-style character that acts both as a support, but can still deal damage with heavy-hitting slow attacks.”

In this unfolding drama, players venture into land of Zeruel, deep in the heart of Archimedia. Gamers are tasked with stemming the chaos and damage being caused by the evil forces of Dahlia and Lord Bardinar. Open to players level 78 and higher, solo gamers or groups of up to four can quest into two new dungeons as they race to help captured QueenGilberta. 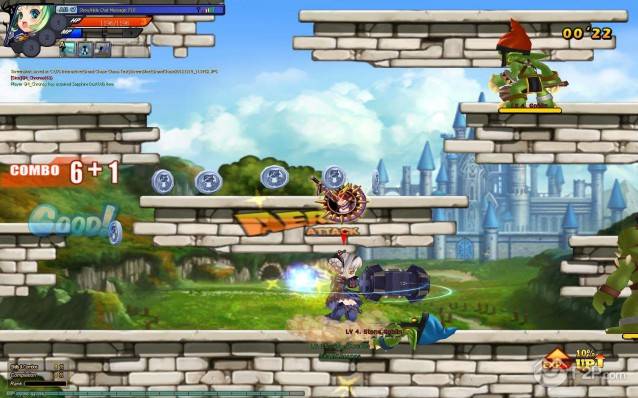