At the beginning the game quite confusing, there are few quirks and annoyances

Recently we took the time out to test Tom Clancy’s Ghost Recon Online from Ubisoft, the newest title in the Ghost Recon series that is currently going through open beta. Most console gamers will be familiar with the series, however Ghost Recon Online is currently only scheduled for release on the PC, and whilst in June 2011 Nintendo announced at E3 that the game would be released for the up and coming Wii U, Ubisoft have stated that right now all the focus is going on the PC version only.

The game itself is true to its predecessors and will be joining a long list of free-to-play MMO-FPS games that are released or set to be coming out over the coming months, though with Ubisoft in the driving seat and the series having been around for over a decade we’re expecting big things for Ghost Recon Online. 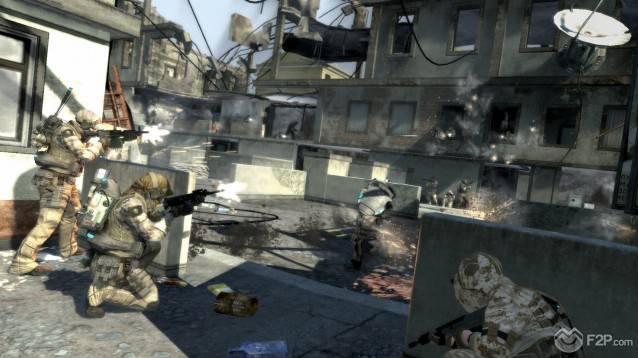 So what were our impressions? Well in our opinion they got off to a really good start. As soon as you load into the game it takes you straight into a welcome video and then walks you through a tutorial showing you the basics of combat and movement highlighting the necessary keys to play the game. After the video you are guided through the UI with step by step popups on how to use the in-game shop making you spend some of the free Requisition Points (Ghost Recon Online’s in game currency, see below) on some grenades and then shows you how to equip them into your inventory. It’s a very simple yet very effective holding of the hand as they gently walk you through the process before you select your class and are taken straight into your first game as the final step.

There are three classes to choose from; Assault, Specialist and Recon, all of which start at level 1 and as you play with each class and gain XP from matches they will in time level up and unlock new abilities and available gear. The Assault is your typical tank, he takes the heat and pushes through the line to move his squad forward. The Specialist is in part your defender and support armed with a shotgun and light machine gun for some noticeable stopping power. The Recon is both scout and sniper; able to head out and use his sensor to pick up enemy targets for the team, though more often than not he sits at the back waiting for someone to pop their head out of cover then BOOM- headshot. 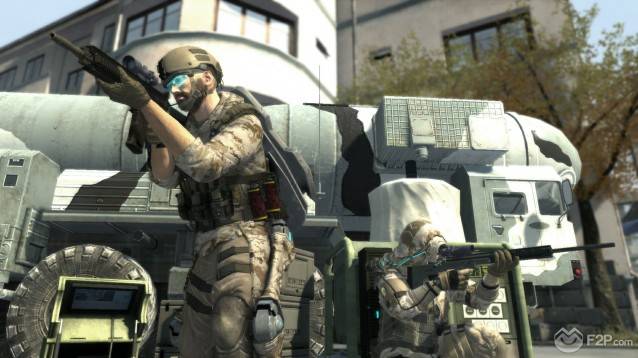 As someone who hasn’t played FPS for a while I thought I would take a back seat out of the action and pick the Recon, and as I loaded into the battle I saw that most people had the same idea and from both teams over half of the classes were Recon, the game is called Ghost Recon after all.

If the games title explains why so many people pick Recon then the Ghost might go towards explaining why I died so often. Seriously, I died a lot. Initially I found the game quite confusing, I wasn’t sure what some of the markers on the map meant, couldn’t work out how some enemies were flagging up on my sensor and some weren’t, even so far as sometimes peering down my scope at a player and being unsure if they were actually on my team only to be greeted to a headshot kill from them. Now I dare say that those more familiar with FPS games and the Ghost Recon series will have no problems when they jump into game and the learning curve isn’t that steep; nothing is so complex that it’ll take more than a couple of games to pick up. 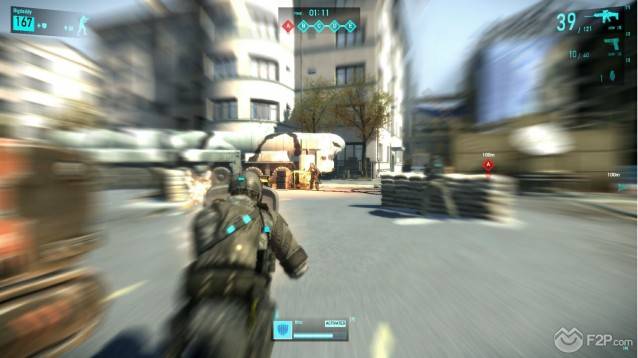 The major factor I noticed with the game is that how you normally have the usual MMO “Trinity” Classes (Healer/Tank/DPS) Ghost Recon worked very much in the same way. The teams that worked together absolutely dominated the matches, whilst wandering off on your own might bag you a few kills it became very clear very quickly that unless you work as a fire team (i.e. a group of people that cover each class sticking together) then it is very difficult to achieve the map objectives, particularly if you are on the attack.

The maps are pretty good, nice sizes where both long ranged Recon classes and up close Assault can both have equal success, often with a nice blend of towers, long corridors and then tight winding stairwells. Unfortunately I didn’t get the chance to see all the maps and actually saw the newest released map four times in a row as they are randomly assigned as the matchmaking system puts you into your 8 player teams. This is quite the bugbear for a lot of players, being unable to select the map they play on either to test the new ones that are released (whilst I played it a lot there are some who didn’t manage to play it at all) or playing on their favourite maps. Still, it is beta so however it is currently working with the random assignment we expect this isn’t how they intend the final release to be, but from what we saw the maps look really slick. 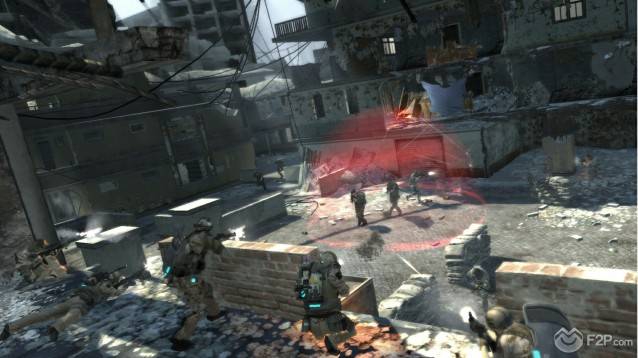 After playing a few matches we’d earned quite a few points to spend in the shop; as far as the business mechanic goes Ghost Recon Online isn’t breaking the mould with innovation, you have two types of currency shown as “Requisition Points (RP)” or “Ghost Coins (GC)”.

Requisitions Points are earned as you play and can be used to buy gear, weapons and upgrades from the game store. Simply being in a game will earn you a handful of points at the end, more if your team wins, and a number of rewards for winning daily matches, completing missions or joining special events. The missions are simple and not always solely dependent on you, one of the early missions is for your team to get 50 kills in a single game, RP and item rewards, such as grenades, are then given to you if you see the match to the end ensuring that people don’t drop out mid game if things aren’t going their way. 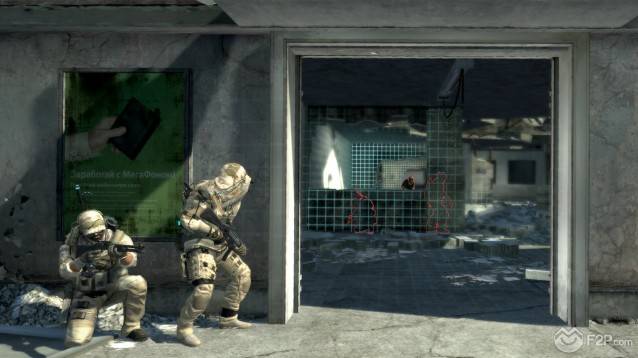 Ghost Coins are the games premium currency, working the same as RPs players are able to purchase  Ghost Coins if they lack the time or patience to accrue RPs by playing, however, all items are available with both currencies and there are currently no exclusive items available only to paying customers.

In conclusion? Ghost Recon Online is a pretty good game, considering it is in beta and albeit there’s a few quirks and annoyances (primarily the map selection) it played and felt like a polished game almost ready for release. There are currently only a handful of maps and game modes, but these will no doubt come in time and offer up all the usual trimmings of the MMOFPs. 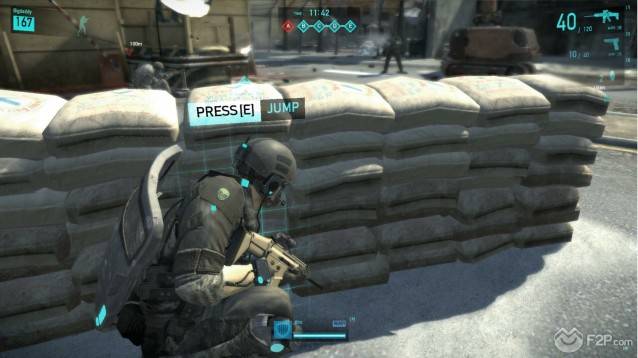 As a very team focused game there are some initial concerns on whether the game will immediately grab new players. Pickup groups in MMOs are notoriously bad, especially in the early levels when people don’t know their roles and/or what is expected of them as part of the larger teams. To play the game casually and drop in and out of games and not being involved in the Clan/Guild social aspect then I expect solo players may find their initial experience frustrating. However, if they choose to stick with it, get over those first few humps, we believe Ghost Recon Online will offer a great experience and be a real contender amongst its MMOFPS peers. 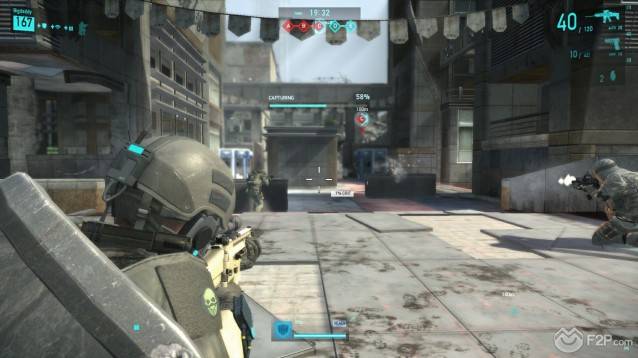