Take a Look at Our Review of Let’s Fish

Lots of combinations of tackle to try and catch new fish

We checked out Ten Square Games free to play browser-based fishing MMO Let’s Fish to see how we fared in the virtual fisheries of the world, donning our rod, cooking our bait and heading off on to the tranquil waters to see what we could catch. This free to play MMO is a casual and basic game, optimised for the likes of Facebook and essentially allows players to slowly build up their fishing tackle and try to unlock various achievements from catching fish. 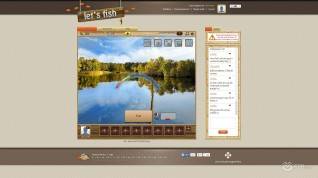 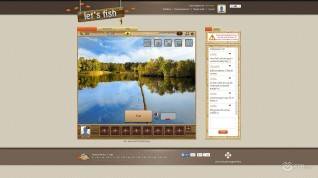 The quick and simple registration through the website we were quickly logged in and greeted by “Mike”, the NPC tutorial guide doubled leaders through the game as we took our first steps. Starting off we were shown the basics of tackle how choosing the right rod, line, hook and bait will hours to catch different weights of fish and also different types depending on our combination; a key aspect of the game is matching up the right gear to complement each other. We started off with some basic gear including a simple rod, some lightweight line and some bread to use as bait as we fished the waters of Small Lake.

The mechanics of the game are fairly simple, unsure tackle is selected and your chosen location you simply hit the “cast your line” button, which does exactly as it sounds. Within moments your float will disappear under water and you click the “pull” button to hope your fish. From here players have to repeatedly click the left mouse button to keep the gauge from drifting into the red, over clicking can drift you into the green, which we presume is equally as bad as we were recommended to keep the gauge around the middle. This as you continue to pull the fish you really tend as the float drifts closer towards a circle on the water, once it reaches it you have got your fish! 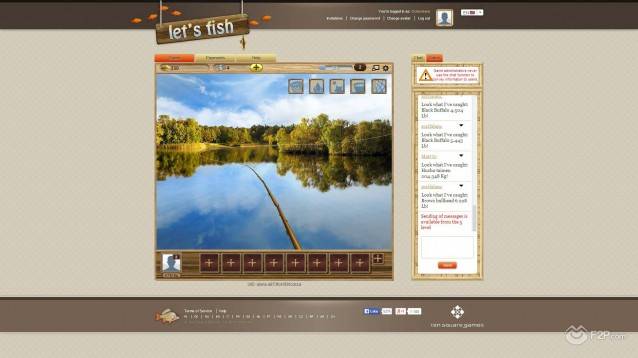 Fish come in all shapes, sizes and weights in the game records new types of fish that you catch as well as the weight to see if you have beaten your personal best, all things that go towards the achievements that you can unlock. Players are also able to mount their catch as a trophy for their own personal collection. Unlocking the achievements is one of the key areas of the game, there are hundreds to choose from which include rings such as catching all the types of fish in a certain area or catching a certain weight, or a combined total of weights from different fish, all of which can be accomplished in various fishing locations around the world.

Unlocking new gear allows you to catch different fish including nets, lures, ground bait, reels and even vehicles and other bonuses for catching more fish that can be purchased from the store. Currency wise players have coins and cash notes, the latter being the premium currency that you can purchase with real-world money. Players can earn coins by completing tasks as well as levelling up, which will also give notes so players don’t necessarily have to do part with real money. 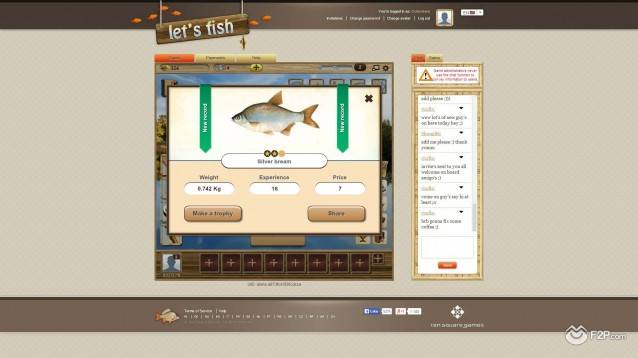 The later game allows players to do more advanced fishing such as sea fishing as well is unlocking talents from the talent tree to improve your different techniques and give you boosts and benefits to keep areas of fishing. Sea fishing requires its own unique gear and takes a long time before players are able to access that feature.

However, there are plenty of competitions, lotteries and tenements to get involved in in the meantime. Players have a daily competition to see who can catch the biggest fish, which will go to their rankings and give them points towards determinant and the biggest fish caught will land the winner a cup. Players can challenge each other one-on-one to create a friendly competitive game, the social aspect is prominent with the constant in game chat channel where players can talk to each other as well as share their in game accomplishments when they unlock new prize to gear or land a big trophy worth bragging about.