Not the best graphics around | maps feel a little empty

With a couple of exceptions, Gameforge's games line-up is all about fantasy titles; however, with the latest addition, officially launched last month, the publisher took a distance from their usual environment by offering you a brutal and competitive military-themed online FPS: S.K.I.L.L.S. - Special Force 2. With a lot of well established free MMOFPS out there, offering something capable to stand out and gather a consistent pool of players is certainly a tough challenge; and of course we couldn't miss the chance to see what Gameforge managed to do in a field that for them is totally new and unexplored, so follow us in this review and check out if the game is worth trying or not! 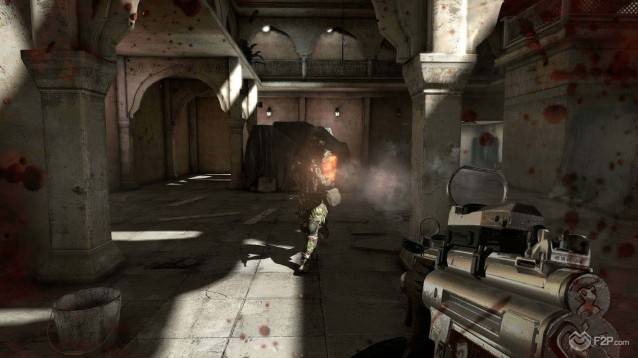 The first impression upon entering into the game is somewhat both good and bad. It is good because everything is kind of familiar if you've ever played any other f2p MMOFPS, and you will basically know how to play and navigate in the different menus, but at the same time you will probably feel a sense of déjà vu as the developers' intention clearly wasn't to innovate or change the genre, but to offer their personal interpretation of a well-known and working formula. Speaking about menus, after the log-in you will be brought to a pretty standard home screen containing all the classic tabs that you would expect from a game like this: capsule market, shop, inventory, mini-game, career and clan. While shop, inventory and clan are pretty much self explanatory, the others may need a word or two about them. The capsule market is a place where you can buy different kinds of sealed boxes which contain a random item and give you the chance to obtain special and unique gear pieces. However, most of them are temporary, and you could end up with an item that you don't need at all, so choose wisely if it's worth to gamble or not. Regarding the mini-game tab, don't be too excited; the game offers some interesting and unique game modes, but in this tab the only thing you will find is only a free training mode where you can spawn dummies and do other stuff in order to get confident with controls and mechanics. In the career tab you can find all the information and statistics about your in-game performance and more. There are also a fully featured friend and clan lists and a clan leaderboard, which give you a hint about the social and competitive nature of the game.

The game features a shop that offers a wide selection of digital reproductions of real firearms, which are usually available for both cash and in-game currency. Of course there are unique VIP weapons which are only available to VIP players, but from what we could see the differences are mainly cosmetic and intended to let you show off your VIP status. One thing that we appreciated a lot is the possibility to buy permanent weapons. They still need to be repaired, but this is a whole different thing compared to a lot of other free MMOFPS where you can only buy temporary weapons and you are forced to constantly play the game in order to buy them again when they expire. With this system, on the other hand, you can buy a new weapon, take a break from the game for some time and then come back without the fear of having wasted your precious weapon. Good job, Gameforge. 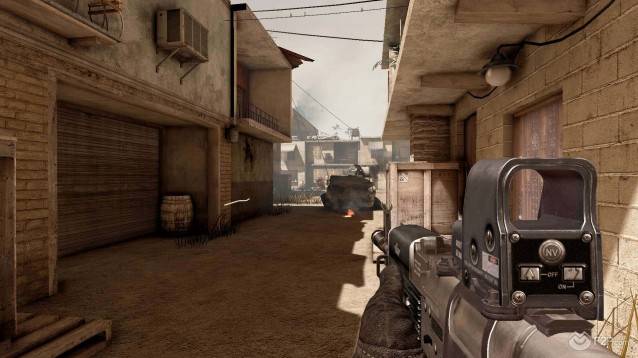 The account that we used to test the game, kindly provided by Gameforge, was loaded with both in-game currency and cash, so we had a good time enjoying shopping in the store and managed to try a lot of different weapons, equipment and other stuff. There are several weapons available for both VIP and regular players, with crazy stuff like golden guns, pink-mimetic rifles and more. Different weapons don't differ only in appearance, though, and every gun feels absolutely unique once in the game. It will be challenging to find the weapon that perfectly suits your playstyle, because each one has its strength points and weaknesses. We personally liked the Famas and the P90, and it was hard to choose which one to use. One criticism we want to give Gameforge is about the lack of the sniper rifles "breathing effect", which is today extremely common in modern FPSs and would add to the game a little more realism.

The control system is standard and identical to almost every other modern FPS. However, we have to say that the jump feels a little strange. There are a lot of objects in the arena that seems to be there just to be climbed and that are not very tall, but you can't actually jump on them. As we said it's a little strange and sometimes kind of frustrating, but it is absolutely not a game-breaker. However, the point where the S.K.I.L.L . - Special Force 2 gameplay tries to differentiate itself from the masses, is probably the featured game modes. 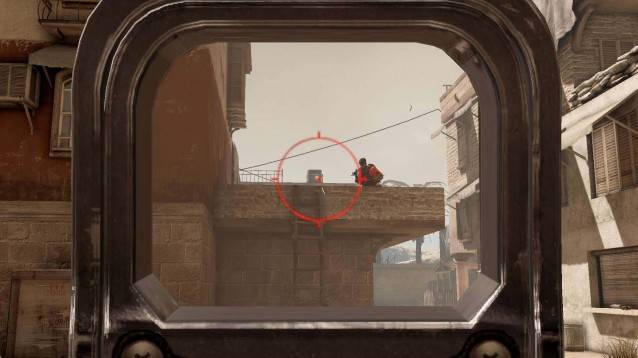 The game offers a huge selection of games modes:

- Deathmatch and Team Deathmatch: Everyone knows these modes; however, in SKILL you can also play them in hardcore mode, where a single bullet is more than enough to kill you. It's extremely thrilling, also frustrating sometimes, very skill based and we think it could find its spot in competitions as well.

- Survival: Co-op mode where you have to withstand the attacks of insect-like horrifying aliens, Starship Trooper style. A nice break from the competitive game modes.

- Defence: Same story, co-op vs AI, but this time you have to defend some kind of nuclear reactor against multiple waves of aliens.

- Escape: A team has to activate some radio stations and escape the area, while the other team tries to kill them before they manage to escape.

- Blasting: A team must place the bomb and the opponents have to stop them or defuse the bomb in time. From what we were able to see, this is one of the most played game modes, and it's actually very fun, especially if played with friends.

- Party modes: This is where the game tries to offer something truly unique, and manages to do that with some crazy and funny game modes: in Manhunt, one team of players will take the role of the aliens and try to hunt the humans, while the other team will play as the soldiers that have to kill all the aliens. There are three different types of aliens to use, including a kamikaze one which explodes after a sprint. Very fun to play. Glass is probably one of the craziest game modes we've ever seen in an FPS: players are in an arena composed of different floors entirely made of hexagonal glass pieces. You can shoot your enemies or shoot at the glass under their feet to break it and make them fall to the bottom, under which there is just death. Hilarious. 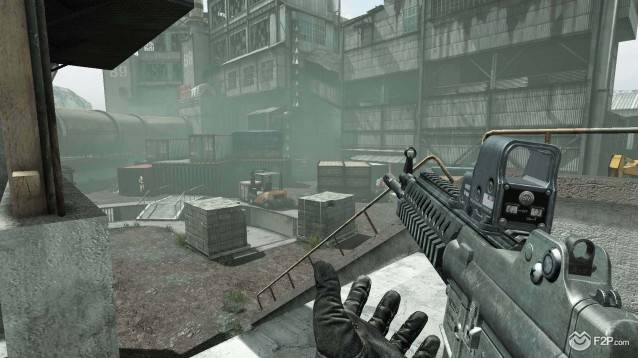 Speaking about graphics, S.K.I.L.L. feels like a raw gem; they are not bad, instead, they are actually pretty good, but they just can't stand comparison with the latest free-to-play online FPS, especially with games like Warface around. Compared to Warface's graphics, just to make an example, S.K.I.L.L.'s graphics, while clean and enjoyable, lack in details and this makes the maps' design to look a little empty and too simple. The same deal goes with the sounds; they are not BAD, but we think that the developers could have made a way better job with just a little more effort. The steps sounds are often a little unnatural, while the shooting and weapons sounds are average.

S.K.I.L.L. - Special Force 2 is a valid free-to-play shooter which puts a lot of emphasis on community and clans. Even if it's not the best shooter around regarding graphics and sounds, it manages to offer a complete and fun overall gameplay experience and some pretty unique and fun game modes. With its simple graphics and solid mechanics, combined with a fair in-game shop and a complete clan system, the game has the right tools to offer a nice competitive scene for hardcore players and an enjoyable environment for new players as well. If you are a fan of online FPS and want to try something new without going too far away from your usual games, S.K.I.L.L. - Special Force 2 could be the right choice.