Last week RaiderZ finally launched its open beta. A lot of players joined their forces in order to defeat the giant monsters roaming the lands of this “Monster Hunting” action MMORPG. We tried the game and here there are our impressions. 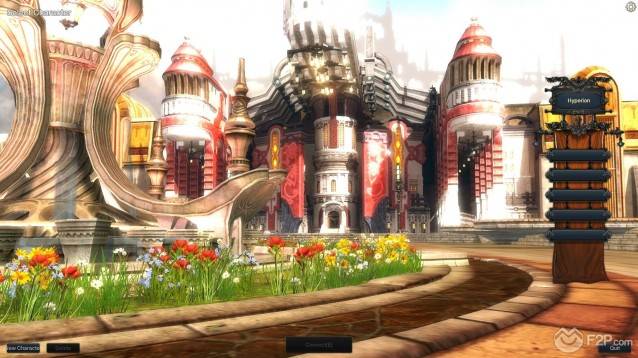 The game presents some very nice graphics for a free-to-play title. The graphic engine seems to do its job very well and all the action around you runs fluid and without noticeable FPS loss even in the most wild moments of the battle.

RaiderZ offers a bright and colorful graphic and the light and shadow system really impressed me (considering we’re talking about a free game). One really nice thing was how the Developers rendered the materials; when you look at your armor the leather will look just like leather and the steel pieces with their reflection will looks like real steel. This work as well for the monsters’ skin and other thing but it’s hard to explain and you should see how beautiful it is in game by yourself.

Speaking about character creation RaiderZ do an average job. You’ll find the usual faces, eyes color, hair styles and colors, 3 type of voices and so on. One nice introduction is the tattoo. You can choose a tattoo from a wide selection and choose color, size and the exact non-preset position where you want to put it on your face. Without being a unforgettable feature, this will contribute to make your character a little more unique.

The 3D models for both players and monster (specially the bosses ones) are enjoyable, but the character’s basic combat animations (at least for the two-handed swords) seems a bit clunky and overwhelming if compared to the skills’ and monsters’ ones. 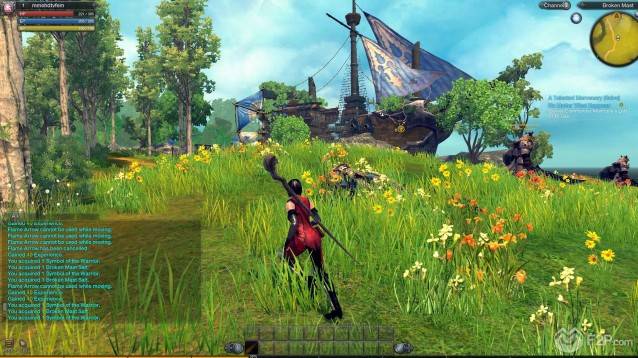 RaiderZ is a full-action MMORPG. This means no auto target, you will have to aim every single blow and dodge ever enemy attack. On your left click you will have your basic combo attack and with your number keys you can use your skills. With shift+WASD or with a double tap of the direction button you can dodge in the selected direction. This combat system is very thrilling (and I personally love it) as you will always have to be focused during combat and the battles against bosses become really exciting as one boss attack hits you for a nice chunk of health. You should try to master the combat system as soon as possible and learn when to dodge, when to attack and combat ranges if you want to fight the harder bosses.

During the combat, when you hit a monster, sometimes a part of that monster will drop to the floor. This can be its weapon or an actual body piece. You can pick it up and gain a temporary buff or use it (if it is a weapon) gaining access to a temporary new set of skills. For example, I was fighting some sort of fisherman troll that had on his back a basket full of dead fishes. At some point one of them dropped from his basket and I was able to wield this headless fish as a weapon. Awesome. There are also other temporary weapons that you can find in the game world like giant cannons (I found one in a pirate camp) and so on.

Speaking about questing, the game features a main quest-chain that narrates the main storyline and a set of “regular” quests. In the main quest you can find a nice set of voice-acted cutscenes that help the players to immerse himself in the game. The “regular” quests are the usual “Kill x monster” “Gather x items” with some nice addition like little solo instances. This quests will also usually lead you step by step to a big boss fight and will reward you with gold and crafting materials so it’s always nice to follow them.

In the starting zone you can also rent your mount, but from the second zone you can actually craft your very own mount gathering the right materials. I suggest you to do it as soon as possible because I found the on-foot speed of my character a bit slow. 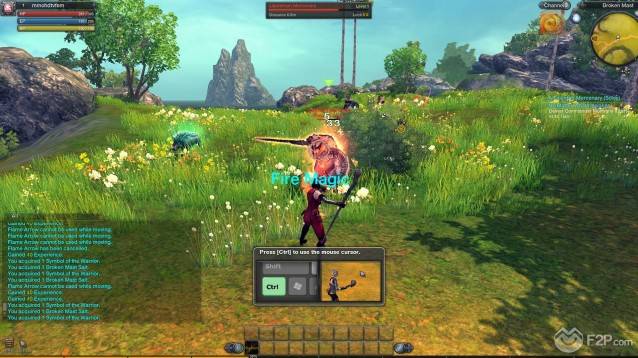 In RaiderZ you won’t simply drop your armors or weapons from monster. In order to obtain new equipment you will have to craft it with materials dropped by the regular monsters and the bosses. By the way monsters seems to drop the needed items at a pretty good rate so you won’t take long before crafting your weapon or your full armor-set. The crafting process is simple. You will just need to have your mats in your bag and go to the right NPC to make him craft the desired item for you. You can also obtain the materials list for a certain item from this NPC, in this case a little quest-like window appears where you have your active quest showing the needed materials for your armor/weapon and how much of them you already have. 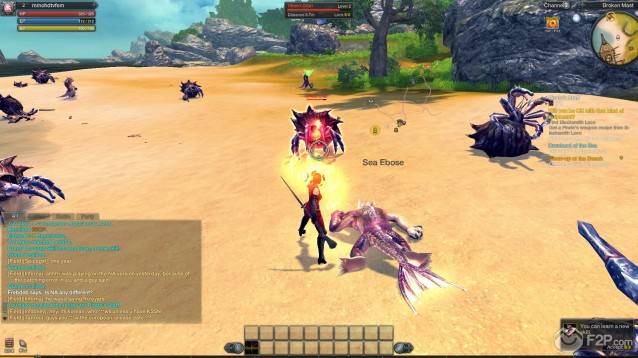 We have to say that RaiderZ impressed us in a good way. The graphics are light and enjoyable, everything runs fluid, without bugs and the game is actually very fun to play. Maybe the quests can be a little boring when you have to fight the regular mobs, but the action combat system help to keep the things spiced up.

On the other hand the boss battles are really fast paced, exciting and thrilling, and will be a real challenge for your reflexes and your combat skills. You will easily finish the combat wanting for more. If you are a fan of action MMORPGs like Tera or Vindictus or if you simply want to challenge yourself fighting giant beasts like in Monster Hunter, maybe you can find in RaiderZ the game you were awaiting. 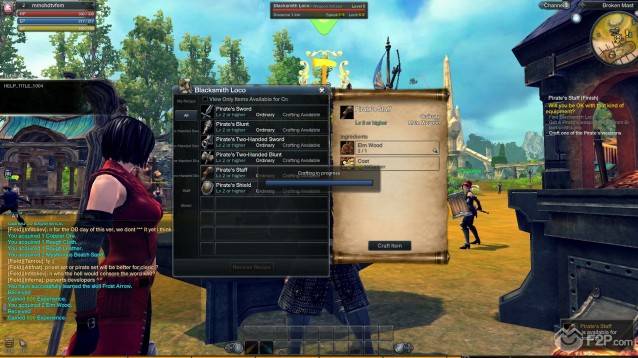