Maps unlock in the same order, creating very linear game progression, and the level layouts are linear and lack options for exploration

We recently took a look at KingsRoad, the new fantasy MMO RPG Rumble Games that is currently in open beta testing where players embark on an epic quest to restore peace to the realm and generally beat up a hell lot of bad guys along the way. The game is completely free to play and can be accessed quickly through your Internet browser, signing up through the Rumble Games’ platform or with your own Facebook account. The game itself is a Diablo style point-and-click action MMO but revolves around killing enemies, collect loot and levelling up to attain new skills. 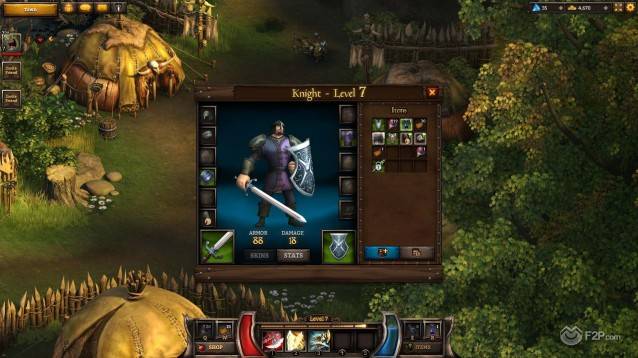 Upon logging in the game takes you straight into the action, as a prospective hero walking along a countryside road you come across a number of bandits who you quickly dispatch whilst tutorial shows you the basics of movement, which is essentially let mouse click to move or attack an enemy, your 1-5 keys to use attack abilities and QWER keys for quickly using hotkey items for healing and replenishing manner, etc. The first thing that we noticed was just how impressive the graphics were, distancing themselves from “realistic“ graphics, Rumble Games adopted a more cartoony illustrative style for their graphics. The user interface and streamlined HUD is simple and sleek, avoiding the cluttered flashing icons prompting you to buy everything that you often see in these types of free MMORPGs.

The initial map, and all subsequent maps, are very linear in design and players follow a path from start to finish and fight the mobs along the way (whether this is the case in later levels we don’t know) until you reach your end objective, which is usually to kill some form of boss mob. Upon completion you end up heading back to town, picking up the next quest which will take you on to the next instanced map as players continue their campaign, unlocking one map at a time. For the first few levels each time you head out on a quest it is usually to rescue an NPC that will later be able to help you with an unlocked feature, such as a shop vendor, alchemist, blacksmith, class trainer and the initial skill trainer. The blacksmith unlocked and neat little feature where players can gather the on needed gear that they are required and use it to create an improved item for one of their character classes. 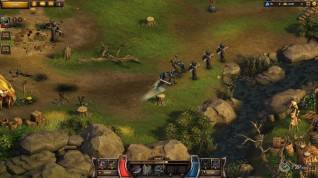 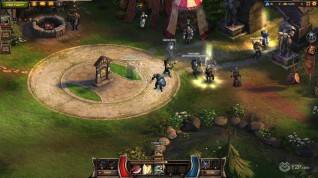 The story itself and the maps are very linear, but still quite enjoyable as the story itself unfolds, and each map can be played multiple times to unlock extra gems (the games premium currency), moreover when a player completes all the maps on normal mode they can go through them again in heroic mode for extra rewards, and once again in champion mode.

The class trainer enables players to switch automatically between the three available classes: Wizard, Knight and Archer, levelling each one up independently but maintaining the same items, unlock features and accessible maps, offering more replayability with the game. As we levelled up a class we earned skill points that could be used to boost our unlocked abilities, which are used in combat and new abilities are unlocked once a certain level is reached, similarly passive skills unlock at level 5 which offer permanent boosts to stats, attacks and defences. 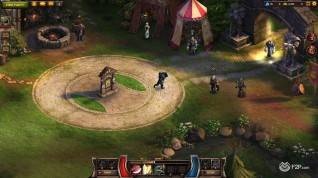 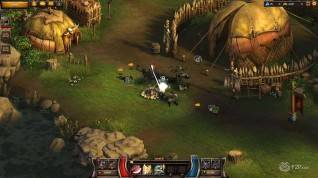 We managed to play through a level or two with each class to see the differences. Starting with a Wizard they were a lot better at taking on multiple opponents at once with a high damage, their attacks focusing on burst damage. The Knight wasn’t the most powerful and could take a lot of damage and was a classic tank, equipped with a sword and shield. The Archer was the last class we tried and actually our favourite, long-range, quick attacks and required a little more manoeuvring than the other classes made him a solid fighter. Whilst on a quest players can have two other friends in their party to play in Co-op, probably more necessary in the heroic and champion map modes, from level 5 onwards we began to see other players in the town areas that you can invite to your group, add to your friend list or even join a Guild with them.