Recently InnoGames gave us the chance to jump in the closed beta of its upcoming pirate-themed browser-based action MMO, Kartuga. In the past, when speaking about the game, InnoGames has always put a lot of emphasis on the amazing combat system and the addicting PvP action. Let's find out together if it's true! 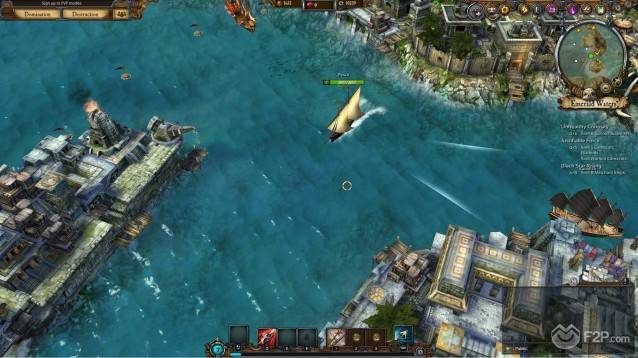 Being a browser-based game, it's very easy to access the game. You have just to go to the game's official website, insert your ID and password and click play. In a matter of seconds you will be playing. Simple and REALLY fast. The loading times are extremely short.

Some of you will be disappointed hearing that there is no character creation/customization in the game. You just have to choose your ship class from the Destroyer, which represent the classic DPS, the Protector, which is the game's tank, and the Engineer a versatile class that can be seen as the "healer/supporter". Besides the class choice, you can't even customize your starting ship with colors or anything. We know that maybe it's not an important aspect in a game like this, but we would've liked the chance to choose one avatar for our character and a flag or a main color for our ship. We chose the agile Destroyer in order to try the action combat system at its best with a highly aggressive ship. 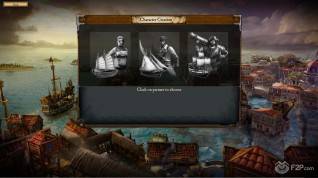 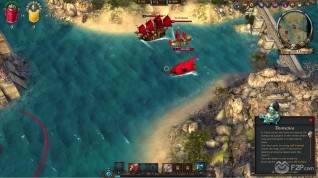 The first steps in the game were really good. The graphics are jaw-dropping and it's extremely easy to forget that you're actually playing a browser game and not a big client production. The colors are brilliant, and the beautifully animated 3D models of the ships are rich and detailed for a browser game. The water is simply gorgeous, with light reflections changing according with the waves' movement. Before entering the game we thought that in a title where you are basically a ship sailing the seas, the environment would've been boring and monotonous, but luckily we were wrong. The developers made an excellent job building a living and breathing environment to move in. The seas are rich of little islands here and there, where you can see buildings, harbors, bridges, temples, a lot of variety in vegetation, volcanoes, lava and  small details like flying birds, groups of sharks moving under the water surface and even more. 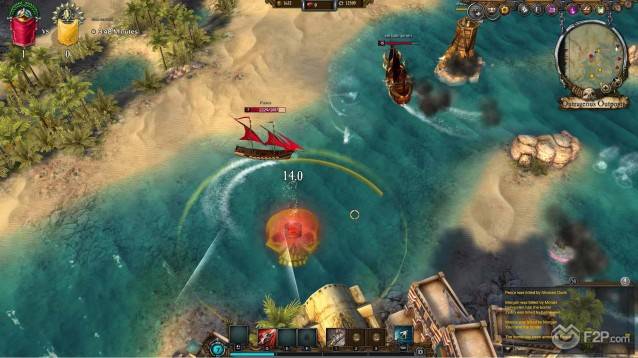 The game features a real time action combat system that in our opinion is perfect for a game like this. You will move forward with the key "W" and slow down with "S", and there are 2 different cruising speeds. "A" and "D" are for turning, while the mouse is used to aim and shoot, using the cannon on the side of the ship that is facing your cursor. This combat is at the same time simple and deep, and delivers action-packed entertaining battles where the power and the setup of your ship are worthless without a skilled player behind the steering wheel. We had a very fun time fighting the enemy ships and in one occasion we were able to outplay and kill alone a level 25 enemy while we were just level 5. Maybe that was thanks to the "not so smart" enemy AI, but it was very satisfying! 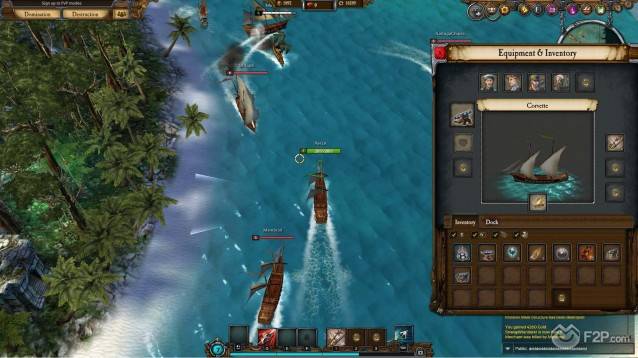 The PvP system is divided in 2 game modes: Domination and Destruction. The first one is a classic capture-the-point mode, while in the second one you have to steal a bomb that spawn in the middle of the map and bring it at the enemy base, scoring points for your team. Here and there on the maps there are power-ups, shields, speed boost and other useful things that player can collect in order to gain an upper edge on their enemies. These game modes were fun, but we hope that developers will add some kind of matchmaking system before the game's release, because right now players of any level are put together in the battle. They played a lot like a MOBA, and we are sure a lot of competitive players will like the PvP aspect of Kartuga.

Speaking about progression, the game features a classic quest system, but you will be able to gain experience and level up playing in PvP too. The ship progression/customization system is vast and well made. You will have a lot of possibilities to spend your points and your money in. You can navigate the research trees to unlock and buy new ships, ammo types, crew slots, cannons, inventory expansions and more. Everything you choose has a direct impact on manoeuvrability and gameplay of your ship, and you can easily feel the difference.  In addition, you can spend the skill points that you earn with levels in one of the 3 unique specialization trees of your class. This 3 branches work as "sub-classes" and offer 3 different gameplay types for each class. 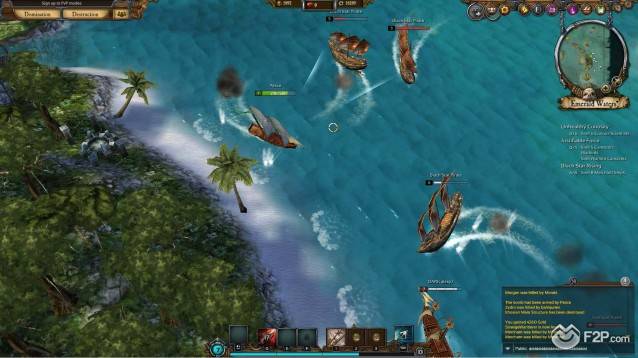 Kartuga could easily become one of the best action browser games ever if developers play their cards right. The graphics are gorgeous and even if we found some smaller visual glitches, you have to remember that the game just started its closed beta and there is still a lot of time to fix them. The gameplay is fast and fun and we bet that a lot of you, even if not fans of pirates, will enjoy the game thanks to its real time action combat and team-based PvP.