We recently checked out Herokon Online, the new fantasy-based RPG from developers and publishers Silver Style that is currently in open beta testing. In the game, players get to control their own hero, explore across a magical world and seek out adventure as you weave your own epic saga! The game is completely free to play and can be played directly through your web browser after a quick registration with no need for a client download. 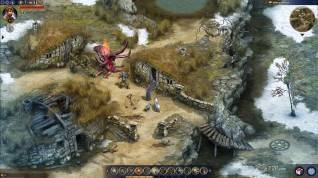 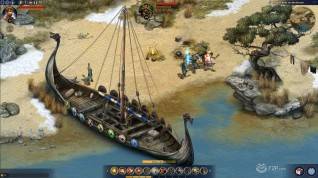 Checking out the game for the first time we loaded up and quickly have a look over the various races and classes available, with three races to choose from (human, Elf or dwarf) each with three unique classes each that varied between melee and ranged combatants. For our hero we chose the Dwarven Geode, aged able to use devastating Earth magic to defeat their enemies. Players can then further customise their character choosing between male and female, a variety of different pre-made facial customisation options for your visible portrait, including hair style and colour, nose, etc. as well as naming the character. So often with these kinds of games you will get to choose from handful of different premade faces, so it was nice that we had a small level of detail customisation.

Stepping into the game we got to see the graphic visuals and last they were pretty great, fully illustrated environments that really create an iconic RPG feel to the world as well as some nicely detailed character models and very accurate and realistic movement. The game open with a cinematic which, for the purposes of the video, we skipped but seemingly gives as an idea about the wider story arc and a curse that has been placed on your character (this is later alluded to by an NPC ogre that you meet). 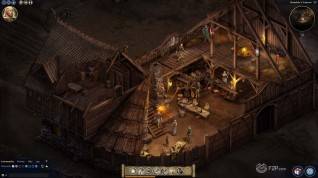 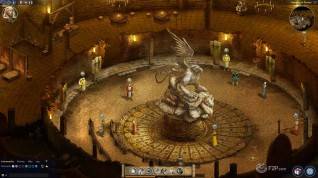 Our first task was to fight off a goblin attacking two children from a raiding group that had attacked a travelling caravan, the controls are relatively simple using your left mouse button to select target and then clicking it again to make an attack, using your number keys to switch between the different attacks you have available. At such an early level, is a little bit slow and not the most inspiring cinematic just yet, hopefully your attacks become a lot more lavish and impressive as you level up. After killing the goblins we had to head up to find the carriage, conveniently on the next screen, in search of the children’s older sister who wasn’t at the carriage any more. Here we spoke to the young boy in our company and the game opened up a smaller window to show a “cinematic” cut scene as the boy explained what happens during the attack. Whilst they weren’t full cinematics and were simply moving illustrations there are still a nice touch to the game that is so often overlooked in these types of RPG’s. 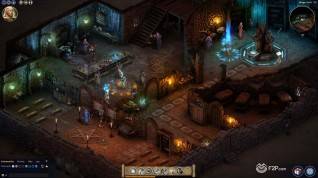 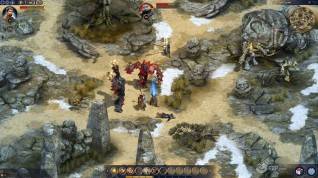 We found the sister running away from some orc and wolves attacking her, which we of course quickly dispatched, and then she mentioned her horse panicking and dashing away in the attack where she then ran into a black ogre that had managed to crush her horses skull (karma for it being a coward). We were then sent to kill the Ogre in his camp, a level 23 against us as a measly level 3, which seemed an impossible task and rightly so as it was simply exposition to setup the story-arc as he suddenly teleported away and we then stumbled upon some mysterious clues to further pique our interest. We headed to the next town and avoided picking up the escort quests and “go and speak to…” quests in favour of simply having a look around at the world and heading to another city.

All in all the game is visually impressive and clearly there is a lot of effort and time has gone into setting up the storyline and creating the world lore that for those players who love RPG’s will be rich and immersive enough to really bring the world to life.