All feels a little dated for a modern shooter

We took a look at GunZ 2: The Second Duel, the third person shooter published by ProSieben, which is the sequel to the ever popular Gunz. We got the chance to check out one of the class characters, check out the combat in a team death match and have a general look around at the game to see what it offers. 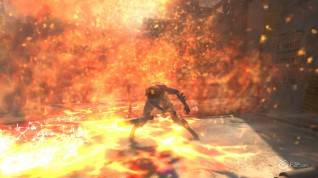 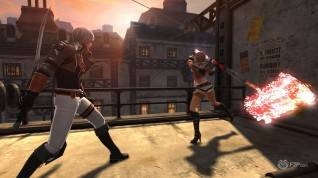 In all honesty are first impressions when logging in weren’t positive, the game instantly opens up into a windowed mode that can’t be changed where players access their characters and the game lobby, whilst not game breaking itself is a pain when having to record! The character selection screen had some graphical issues, which look like badly loaded textures in the background and also the character bio windows transparency made so the text awkward to read. Again, none of this was terrible but it’s stuff we would have expected to see in alpha. 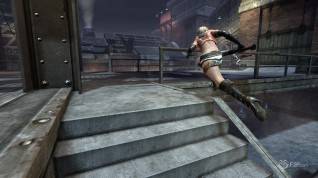 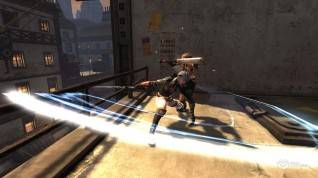 You get to choose from four different characters, each of which has their own attack abilities and style of play, without being able to test any these we simply went for the heavy hitter “Max” who comes equipped with a riot shield. The other three characters are unavailable once you have purchased your first character for free, requiring in game currency to unlock the other characters. We understand why the developers have done this, however if you’re not happy with the way your initial character plays then doesn’t leave you with many options. The game takes you into an optional tutorial mode, show you the basics of movement and combat as well as the key acrobatics such as running up walls and dashing through the air. The tutorial starts the first part of the campaign mode, were players can play through various levels of PVE content, but the main game is obviously the PVP modes.

There are different options for gameplay including practice mode, normal mode and ranked mode and within each there are three game types to play: team deathmatch, which consists of 4v4 combat where both sides have 15 minutes to try and reach a certain score to win the game. Team elimination is next on the list, presumably a quick game where players eliminate the opposition 1 by 1 to win the match, as well as a “Time Assault” game, that we have no idea what it did as we can see any obvious pop-ups to inform us and as most people seem to play Team Deatchmatch this is the only game we got to experience. 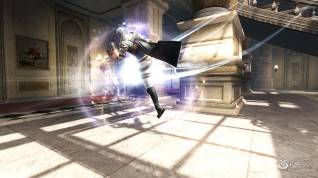 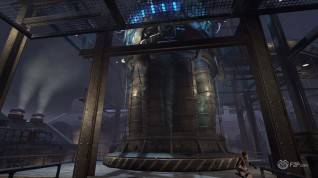 So into the game. Well in all honesty is actually quite entertaining, running up and along walls as a nice dynamic to the game and depending on the level you play is extremely useful for getting around the map quickly, though whilst it’s one of the more game defining features within find it added that much to actual combat. Combat is fast and pretty furious, some of the classes in comparison to our heavy hitter with a riot shield seem to make light work of us; within seen to be able to stay standing any longer than any of the other classes and get it didn’t seem to be all to kill people as quickly as some of the other classes either. We were locked to our initial class selection though so we had to suck it up and deal with it.

The combat is pretty simple, which isn’t necessarily a bad thing as you don’t feel overwhelmed with too much to do. Players can customise their characters weapons, gear and abilities so players do have options. The level design from what we saw was pretty good and made from nice intense encounter, though graphically we don’t think the game is quite as up to par as it could/should be for a current client based FPS (it doesn’t look much better than some web based shooters). All around an interesting experience, once a differently give a try and would be interesting to play as a group working together as a team because I character felt pretty useless having a shield that could block damage but taking too long to switch to our main weapon to warrant ever getting out.