Currently a little light on features, customization for ships is limited, the game gets a little samey

Recently we got a chance to check out Cloud Pirates, the new MOBA from Allods Team where players take control of their own flying pirate ship, battle through different PVP modes and acquire XP and gold to upgrade and customize their vessels as well as unlocking higher tier ships. The game is a third person aerial armada that focuses on team based game modes, currently in closed beta we took a few hours out to play the game in a little more depth and see what it was all about.

Graphically the game is really great, from the detailed ship models, various maps and the lighting and special effects, it had a realistic meets cartoony style as seen in the team’s MMORPG Allods Online. The game is a little thin on the ground right now, a true closed beta as far as we’re concerned and so features are still being added progressively, but what we got to play was actually a pretty good start, offering up five game modes with their respective maps, functional and intuitive controls, dozens of customizable ships; it looks like the game has clear skies ahead of it for the most part. 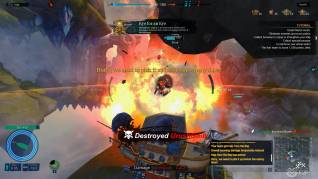 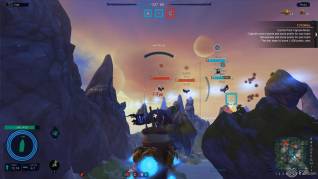 Initially the game took us into a short but sweet tutorial, here we learned the basics of moving our ship (WASD to move back, forward and steer), Spacebar to gain altitude and Shift to descend, with the mouse used to look around and also aim your cannons. The way firing weapons is handled is actually pretty great, with three main weapons including forward guns, starboard and port side cannons, your left mouse click would fire the weapons of whichever cannon you were looking towards, for example aiming straight forward and firing would shoot front guns, looking/aiming to your right would fire off starboard cannons, each with around a 90 degree firing arc. It was simple, intuitive, and in combat it meant constantly repositioning yourself as after a few shots your guns overheat and take a few seconds to cool down, meaning you would chase an enemy and have to switch from some head on front cannon shots then turning slightly to try and get a few hits with your broadside cannons.

We picked the controls up pretty quickly and jumped into some games, right now there are no PVE modes but you can choose whether to play versus players or against AI Bots (which is seemingly a co-op mode where it is players versus AI). We queued for PVP straight away and ended up in a team Deathmatch mode, all the games are 10v10 and the maps are pretty big, consisting of open skies littered with fractured floating rocks from some cataclysm that destroyed the world. Combat is fast paced and feels extremely tactical, having 360 degree movement to try and go over and under enemy ships whilst dodging them, each ship having their own special abilities, such as a speed boost or teleport, it was fun to jump into the fray, do some damage, then quickly escape; or teleporting around the map chasing people trying to get away. 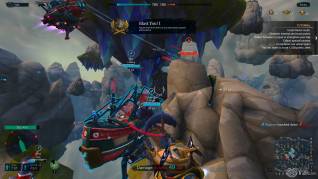 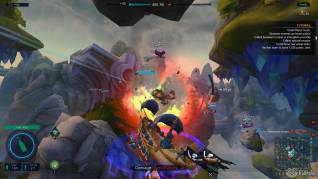 After a few games we had managed to evade death and had won all our games, on our next game we started to get suspicious about how good we were and how terrible our team was, to the point where when playing the Point Capture (three huge areas that you need to occupy with your ship) the enemy didn’t manage to score a single point… The game over in the lobby we asked if we were getting queued against AI due to low population numbers and were told (presumably be a publisher or developer given all the other questions they were answering) that we had to play five vs. AI games before jumping into PVP. Now whilst we’re fine with that in principle it didn’t actually inform us this at all, it had let us queue for PVP, more importantly is that the AI bots had gamer tags to look like real players… which really annoys us, unsure of how many games we’d played (and unable to check because the game is still working on adding the player stats screen) we had to just keep playing until it seemed like the enemy wasn’t absolute crap.

Against other players the game shines, bots are ludicrously easy, but players definitely started to give us a run for our money and we started to see the respawn screen more than we’d like (albeit we actually took to the game pretty well and were consistently getting to the top of the scoreboard). Banding together with teammates to pick off solo stragglers, or trying to quickly evade the enemy when your teammates have been picked off around you, it was all great fun and we got to try four of the five game modes (Deathmatch, Point Capture, Treasure Hunt and Escort being the ones we played with a fifth Dreadnought which we didn’t get to see). Apparently, according to the person in the lobby, this isn’t intentional and players should/will only have access to two game modes in Tier 1 ships, the other modes unlocking with Tier 2s. 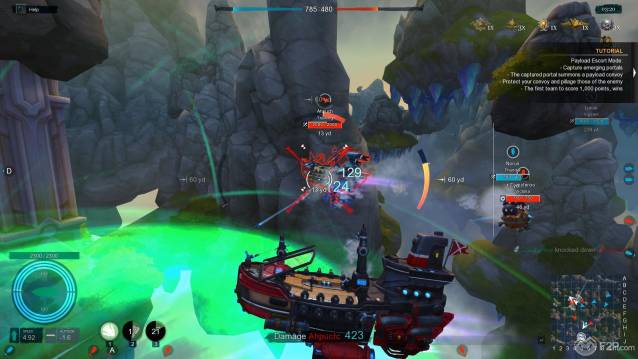 New ships, and ship upgrades, are unlocked using the same system seen in World of Tanks. You earn XP and Gold through matches then spend XP to unlock new technologies in each ships personal Research tree and buy the mods with Gold. In order to unlock higher tier ships in the Development tree you have to play in the pre-requisite lower Tier ship that leads up to it, earning enough Ship XP from that pre-req ship unlocks the improved (and generally higher Tier) ships that it links to, which can then be bought with Gold. The thing we did think was a shame was that when adding new mods to your ship it didn’t actually change the look of your vessel, at least not that we noticed, unlike the similar aerial armada game Dreadnought (Grey Box) which offers the same kind of combat (though at a slower pace) but has full functional and cosmetic customization modules.

Overall we enjoyed our time playing Cloud Pirates; combat is intense and fast paced, it’s graphically impressive and mid-air ship explosions are pretty impressive, controls were functional and very intuitive, but the game did feel lacking in a few places. The maps, whilst different, ultimately kind of felt the same: open skies with some floating rocks and old ruined structures, which whilst different in look and layout didn’t feel that dissimilar. The reliance on the game modes becomes even stronger for the game to not get too samey (which at times it did) and whilst new modes are going to be added, we do think some weird and wonderful maps are more of a necessity. Customization with your ships, at least the lower tier (we can’t comment on the higher tier as we couldn’t check them) was fairly limited and so everyone’s Tier 1 Thunder was near enough identical; hopefully this is different for later ships. The game is worth checking out when it goes to open beta testing, we had a lot of fun and it does seem to have a promising future. 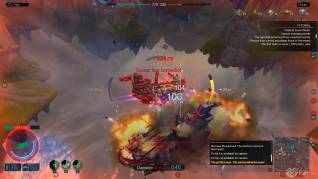 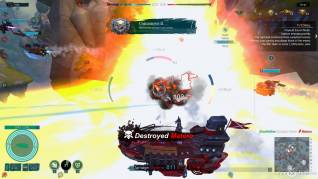 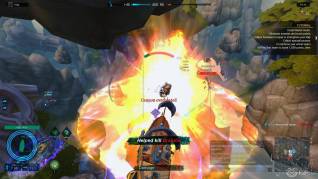 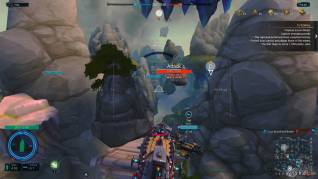