We got the chance to check out this week the new tactical team focused MMO from Trion Worlds, Atlas Reactor, a free to play simultaneous turn based strategy set in a sci-fi world of mercenary “Freelancers” duking it out for… well.. we’re not actually sure, but it’s fun! The sneak peek Alpha phase gave us full access to the game to try it out and, after only getting the chance to play through the basic tutorial previously, we couldn’t be happier to get our hands on this unique little title.

As mentioned the game is a team based multiplayer, generally a 4 v 4 (if in PVP) across a map with a single team deathmatch objective of getting 5 kills to win the game or the most kills before the match timer ends, the game is turn based so players lock in what action they wish to take and then end the turn. So what makes it unique? Well the main feature is that every player, on both teams, is locking in their actions at the same time, hence it being simultaneous turns, and then when everyone has locked in (or the turn timer ends) all the actions will occur in a particular order; and here’s where it gets interesting. 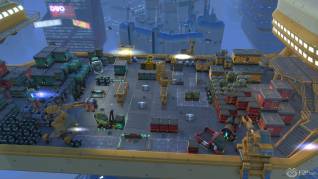 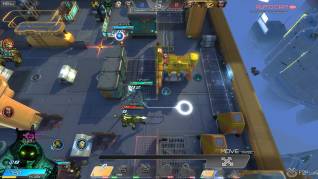 There are four different action types: Dash, Preparation, Blast and Movement, player can choose multiple actions, which have a cost, and they will happen in this set order for everyone; so all the Dash actions will happen first, then the Preparation, and so on. At the back end of the turn this means that Blast (typically your attacks) happen before Movement, so if you come face to face with a cannon wielding maniac then chances are he’s going to shoot you in the face before you move away. However, the Dash ability, which is limited to a few Freelancers or special loadout equips, occurs at the beginning of the round; these are things like dodges or small range teleports, so an enemy can be in one place when you take your shot, but when the Blast action rolls around they’ve already moved and you’ve missed.

So how did we get on? Well there were a few heroes on rotation that we could choose from that were currently in free rotation, much like a MOBA, and so we leaned towards the little alien like assassin Nix, armed with a sniper rifle and cloaking device that allowed us to sneak around the battlefield unseen we figured he’d be a good place to start. Getting a few PVE games under our belt (where we could choose the number of AI bots on each side) we then jumped into some PVP, admittedly still a little wet behind the ears but we had a grip of the character and the mechanics for the most part. 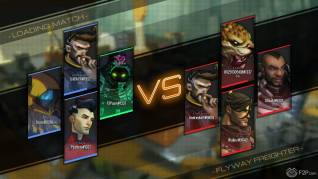 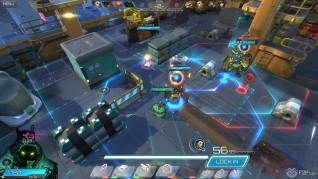 Our first experience didn’t go so well. Absolutely nothing wrong with the game, but the p.o.s. toxic teammates that we had (new game, same old player attitudes) calling us out after they went YOLO and got killed then giving us grief for having dealt no damage in the game up to that point. Now in my defense I was thinking I needed to play the assassin extra carefully, so spent more time flanking the outside of the battles, but this meant often taking the long way round and by the time I was in position players had moved to the other side of the battle across the middle of the map out of my range. The match left me a little salty, but not undeterred (we play MOBA so we’re using to people whining when you’re not an instant expert at a game and don’t understand every single nuance of the mechanics and every character).

From here on it was a little better, I took the… constructive criticism… on board and tried to play a little more aggressively in my next matches, moving from cover to cover, or the shaded locations that would keep my character invisible (only to be revealed if I took a shot, showing up an indication marker where the shot came from). As well as this I started to explore the available Abilities/Mods and Catalysts to improve my characters loadout; Abilities/Mods are the character only upgrades to your 5 key skills, with up to 6 different mods available for each skill you can choose the one that best suits your style of play, new mods are unlocked with Mod Tokens, which are bought with gold earned in battles. Catalysts work a little differently, you get to choose three different Catalysts that are quick one use abilities that can do things like grant you a small teleport, a heal over time, grant a critical shot to your next attack, etc.; it’s a limited selection right now but we hope to see the list grow to add a lot more customization. 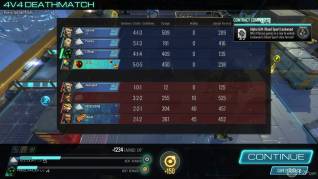 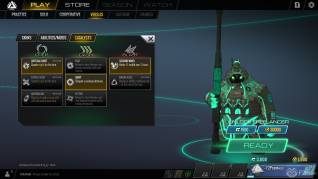 Re-equipped we jumped back into battle and have to say we had a much better time of it, we ended up in a few matches with a more vocal and positive team, congratulating each other on good shots, or thanking for saves, actually using teamwork and communicating attacks with each other. The game is very much a team based game, you can be a lone wolf and do fine, but a team that plays together will dominate; a number of skills work exceptionally well with each other as we found when using our Gremlins Inc. character we unlocked, able to plant mines all around our occupied square, it was great to have a team mate pull an enemy towards them through all our mines!

There’s a pretty nice variation of characters in the game right now, and looking over the chat everyone already seems to have their different favourites, and they all seem different enough that team composition is really going to be the defining factor of overall strategy. With more Freelancers, more Ability and Catalyst options to customize them a little more, we definitely think the game is heading in a very positive direction. The maps were a little similar, with only two to play right now, though they looked great and the layouts were well designed; we hope the devs get a little creative with special terrain features that might change up the battlegrounds in battle, or even sub-objective matches outside of straight up team deathmatch (we’re not active on their forums so what they ultimately have planned we’ve no idea). The game has the potential for being a great team based fighter, it skirts around the edges of a MOBA and so may draw some added interest, but we’re not sure whether the more strategy focused element and turn based mechanic may hold it back from being as popular as MOBA games to draw a big enough community; we can only hope it does as it’s really a great game. 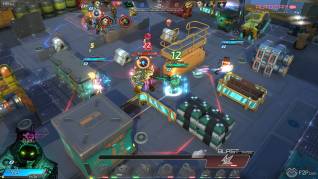 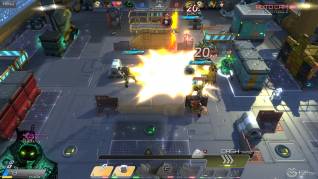