for an alpha the game is already well on its way to being nearly complete, with a multitude of tools and features those who like this type of game will definitely be in their element.

extremely system intense to the point where we had to turn down all the graphics settings to minimum, not something we’ve had to do on other AAA titles.

We recently got the chance to take a look at EverQuest landmark, the new stand-alone game from Sony online entertainment where players can gather resources, craft tools, seek out their own plots of land and build their own huge constructions in a Minecraft-style experience. The game is currently only in the alpha version, which can be accessed by purchasing one of the founder packs, but has many of the game features already implemented with a few tweaks here and there needed. 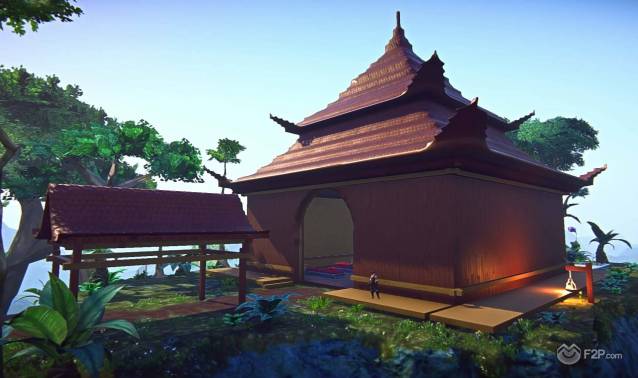 Your first role is to choose your server, divided between European and American servers, and choose your starting Tier. Tiers range from Tier 1 to Tier 3 and essentially acts like its own continent where players can stake out their claims/plots of land to build on, the higher the Tier level the rarer the resource types that can be found there. Unfortunately new players can’t harvest high level resources until they have the appropriate tools, which currently creates some serious overcrowding on the Tier 1 zones as everyone realistically needs to start there.

Players get a modicum of character creation, choosing their name and a few facial options are choosing to switch between male and female avatars. This isn’t really a feature that is needed for this particular game at this stage, though with the potential of people building their own environments, cities and potentially private worlds if the game ultimately allows it, then it may serve to be a role player haven and at that point character customisation will no doubt become a much more sought-after feature. However, even at this stage there were a few different costumes we could choose between for some pure cosmetic flavour. 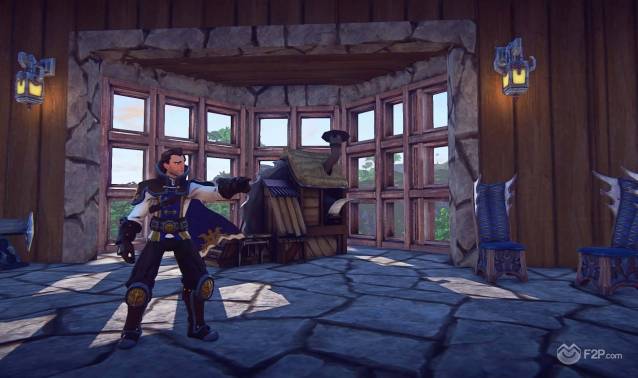 Armed with a basic axe and pickaxe players are able to gather the most basic resources, chopping down trees or mining rocks and ore outcrops to gain access to raw materials. Using the main hub area, also used to teleport between Tiers, there is a public workstation to smelt ore into ingots and craft some more rudimentary tools including the next level of axe and pickaxe to start gathering the next level of resources. The raw materials are generally unusable until they are smelted (ore) or cut (wood) into a finished crafting resource, it typically takes a lot of raw materials to create one single crafting resource though players can gain quite a lot of resources from single sources (eg. one tree may yield hundreds of planks, or a copper ore node yield hundreds of copper ore).

Players can have one free claim, beyond this there appears to be a cost for having multiple claims (though it isn’t a feature we explored) which consists of a huge upright 3D rectangular cuboid and once placed represents your claimed territory. There is an area around each claim that other players are not able to place a claim into, so that claims and builds are not stacked on top of each other. Players are able to move the claim around on the X, Y and Z access, useful for players that want to build upwards and create a high surface construction of those that wish to take down to create an underground network or bunker type creation. 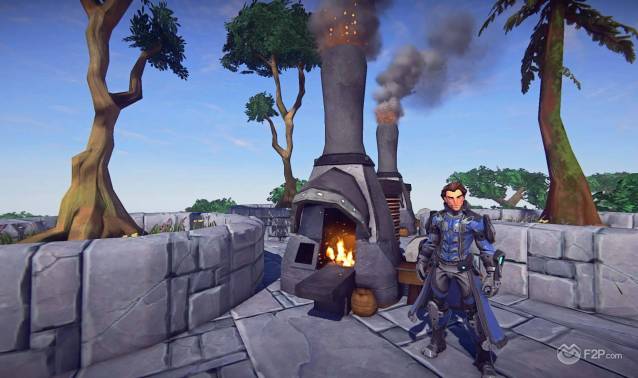 Players are armed with various tools for both manipulating the landscape, e.g. cutting out chunks of the earth or even repairing it with the heal tool to correct your mistakes, as well as the typical build tool where you can build blocks of various shapes out of the materials/resources you have currently gathered. Depending on the size of the block you wish to build determines how many of your resources will be taken up. The game world is built up from voxels meaning players are not limited to cube-based building but can build using spheres and other smooth surfaces. There is no real limit to what you can create if you have the resources, time and vision, and if your creation is good enough when both EverQuest Landmark and EverQuest Next are released the developers have said that some Landmark builds may even be crossed over into the official game!

The game is very much in its infancy but it is surprising how rounded off and complete it already feels. Using the tools can sometimes be fiddly and the interface is still slightly uninspired in places, though these are all things that are set to change through the course of the alpha and following beta tests. There are a few features currently lacking that will hopefully be implemented, such as aggressive NPC’s to give a little extra life to the game, ala Minecraft, otherwise it may be too niche to appeal to a wider audience.