We took some time out to revisit Deep Silver’s ZOMBA (Zombie Online Multplayer Battle Arena) Dead Island: Epidemic, which we previously got the chance to check out at games com last August where we played in a three way team based battle in what the developers are calling PVPVPVE (basically three teams fighting in an area with mobs). With the closed beta and running and checked into the game to see what it had to offer now able to explore it for ourselves. 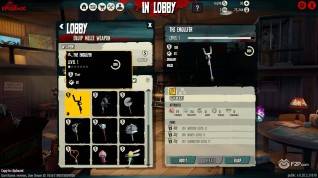 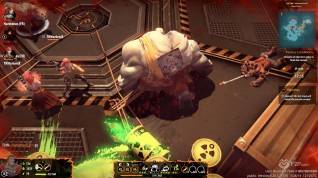 Launching into the game after the client download (Handley accessible through steam) we were taken into a single player prologue/tutorial mode which guides you through the basics of controls and movement. Players move around with the WASD keys, which for all is it instantly and improvement on the typical mobile mouse click movement, and using your mouse buttons to perform standard weapon attacks either normal attacks with left mouse click or powered attacks with the right mouse click. We also have special abilities on our QERF keys, these skills could be levelled up in the game as you earn XP to make the more powerful, as seen in most MOBAs (as much as the developers might say the game isn’t one… It pretty much is, it just has a few different features).

We moved across the map that is laid out like a Diablo-esque action MMO, shooting down zombies, interacting with the environment to move across the map until we finally come across one of the other survivors on the island. Together we make our way to more secure point, learning the basics of gameplay along the way such as capturing points (used in the normal PVP game mode) and picking up scavenging items. 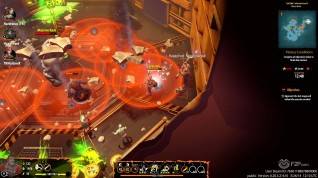 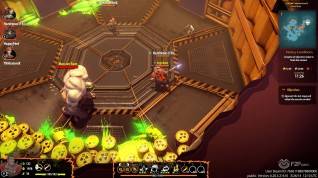 In the main lobby type area we have access to the characters we’ve been given on the beta account, but with some in game currency there were more characters to purchase, each of them having three different forms. As well is this there was a workbench for creating various items using blueprint schematics, though we had none at hand so could not test the feature.

The game is divided into two game modes (excluding the repeatable prologue/tutorial mode) which are Scavenger and Horde. Scavenge mode is the primary PVEPVPVE where the orange, green and blue team go head-to-head to try and capture points, fighting to defend them as they continuously switch owners throughout the course of the game. The first team to reach 800 points wins, however there is a secondary objective where players can defeat the levels horde boss mob that gives a lot of goodies to those that collect; this was a completely unexpected event and turned at the PVPVP into three teams killing each other whilst trying to kill the boss, which is pretty fun. 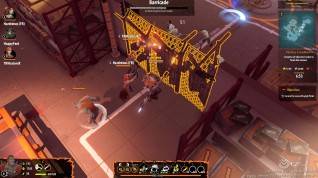 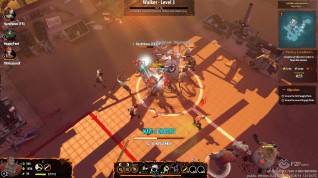 Horde mode is a similar point capturing game where a team of four work together to fight against the AI, securing a point and defending it for a period of time as waves of mobs continue to come at them. As you work your way through the various linear points towards the end of the level you then face off against a larger boss creature, in our test we had to fight one of the huge Puller creatures. The bosses have unique mechanics such as the Puller spitting acid on all the team, as we were fighting in a huge drain area we had to run under the drain water to rinse off the acid to stop the damage over time, this was combined with a cocoon attack that isolated players making them unable to fight until the timer and out or an ally attacked cocoon destroying.

We got the chance to play with two of the characters, the heavy defence/support character that could leap across the screen to inflict heavy damage and a stealthy DPS character that could turn invisible and shoot poison at enemies with her main attack. With enough variation on characters and levels we believe the game could go long way, though the horde mode was considerably easier than we had expected and the game will more than likely be dominated by players wanting to play in PVP mode.