The random dungeon generator should provide lots of repeat entertainment for players and create some really difficult challenges.

We were invited to take a first look at Arcane Chronicles, the new browser-based RPG fantasy from Nexon that is currently in closed beta testing, but we were given a sneak peek at the game and the chance to try out a level 30 character. The game itself is a Diablo-esque point and click MMO RPG where players can choose their class, head out into the world and fight all manner of beasties and dark creatures. Packed full with features that are unlocked as you level up your character the game in many ways has a lot going for it, but in others it falls a little short of the mark. 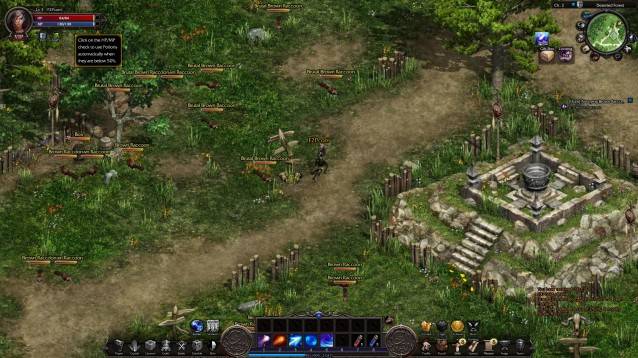 Our journey began at character creation screen where we could choose from one of three currently available classes: the Mage, Warrior and the Shaman, and there was a fourth greyed out unknown class, from the artwork which put our money on it being a rogue. Character creation in its entirety is selecting your class, gender and choosing the character name with absolutely no customisation options whatsoever and sticks with the same class character artwork for every player, which for a modern day RPG is pretty disappointing and not the best start.

From there we were instantly loaded into some dungeon area where we were speaking with an NPC about our current task, which consisted of tracking down and killing the Lich King. However, our first task was to turn down the volume because the default 50% volume was crazy loud, even turning it down to 10% was still a struggle in places and 10% was as low as we could go without turning it off altogether. 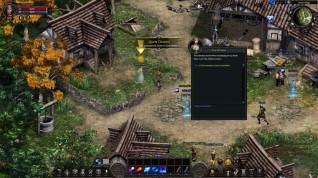 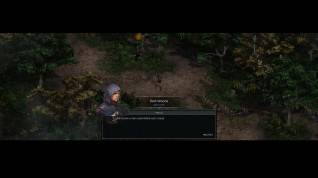 Back to the adventure we had been dropped in the middle of the action for the opening tutorial, something that is growing ever more common these days so we were looking forward to what was in store. Unfortunately this consisted of killing five undead servant type monsters that died in about two hits and then coming across the Lich King himself. The creature was huge, about three times the height of our own characters and looked to be promising… Unfortunately he too died in about two hits and was one of the most anticlimactic experiences ever.

The scene then instantly cuts to you and one of the NPC’s, Markus, in a forest just outside the Lich Kings complex, and Markus is hurt and requires you to find a healing herb from a hobgoblin, fortunately the hobgoblins in their masses were five seconds away, could be killed in one hit and the needed item dropped on the first kill. It all felt kind of pointless. From here you are given a letter to hand in two some lady at a nearby town, the ruler of some sort, who then centres into the town to do some jobs, which consisted of speaking to NPC’s and going back and forth to learn how to use some of the functions. Even for a tutorial area it was rather basic and long winded, having to speak to 3 different NPC’s that we automatically walked towards as quests have an auto tracking function to instantly take you to the correct area. Really we just wanted to kill something.

We got our chances and we were given our first quest. This was more like it, as the slayer of the Lich King it was good to see our talents being recognised and put to good use to deal with a dangerous menace that have been playing the town… some foxes and raccoons that have been stealing grain. Not quite what this Lich King slayer had been expecting but on we went. Combat was pretty simple, target your opponent and smash your attack buttons, everything seemed to just come into melee range so we had to try and keep our distance, though they were particularly dangerous so it wasn’t that important. We could see there wasn’t going to be much of a challenge and so decided to switch to our premade level 30 character. 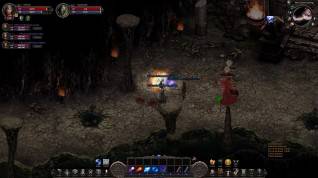 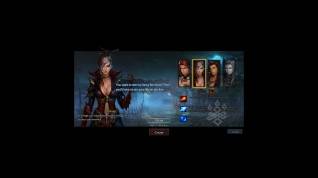 At level 30 a number of features have been on locked, the first of which we thought we would explore which was the random dungeon generator; with the click of a button six wheels would spin to randomly give a dungeon area, monster type, monster number, monster difficulty, gold reward, XP reward. These dungeons are typically meant for a party but we thought we’d try it out anyway. On our one free spin we managed to get a highest five-star difficulty and five-star number of monsters… we auto loaded into the area with about 30 high-level monsters right in front of us and were promptly killed in five seconds flat. Literally.

There does appear to be lots of different features with the game, from world bosses hunting, PVP, questing and the random dungeons (which although we didn’t get to try out in any detail we do think is a pretty neat idea).

The game looks okay, but a little dated considering the competition in this genre that is already out there and unfortunately the combat is mediocre at best. Every area just seems to be spammed with dozens of the same monster, the majority of which do melee damage and just pile on top of you, with no real tactics strategy required making the whole experience feel grindy.